Prominent Singapore Landmarks that should be Conserved

Posted on September 6, 2011 by Remember Singapore

Below is a list of prominent local landmarks or buildings (not in any order) that had either left deep impressions on many Singaporeans, or occupied special places in our hearts. It is pity that they were gone forever…

The red-bricked British-styled public library at Stamford Road was a familiar ground for many students and book-lovers for 40 years. Built in 1960 through donation by prominent local businessman and philanthropist Lee Kong Chian (1893 – 1967), National Library succeeded Raffles Library (renamed as Shonan Library during the Japanese Occupation) as Singapore’s main collection centre of valuable books and reading materials.
The library underwent upgrading and renovation in 1997, but just eight years later, the 45-year-old library was torn down despite public dissent. In its place was the construction of Fort Canning Tunnel. The new state-of-the-art new National Library was moved to Victoria Street in 2005, but many still harbour fond memories of the old one.

One of the most famous hotels in Singapore in the seventies, Marco Polo Hotel was built in 1968 at Tanglin Road. Originally called Hotel Malaysia, the 10-storey glamorous hotel won several architectural awards and was named one of the top hotels in the world in the eighties.
However, the hotel’s fortune declined rapidly in the nineties, with the Asian Currency crisis of 1997/8 delivered the final blow. It was shut down and demolished in 1999, and a condominium called Grange Residences now stands in its place. 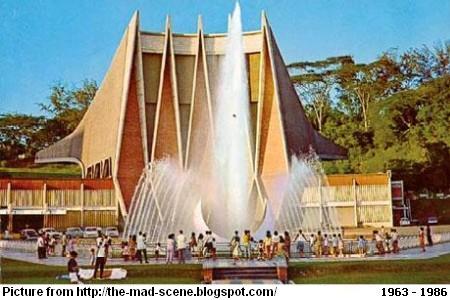 Located at the junction of River Valley Road and Clemenceau Avenue, the National Theatre, at a cost of $2.2 million, was completed in 1963. The most prominent features of this iconic building were the five diamond facades, which represented the five stars of the national flag, and the front crescent-shaped fountain.
With a capacity of 3420 seats, the National Theatre hosted many concerts and performances in the sixties and seventies until it was demolished in 1986, after it was deemed to be structurally unsafe. 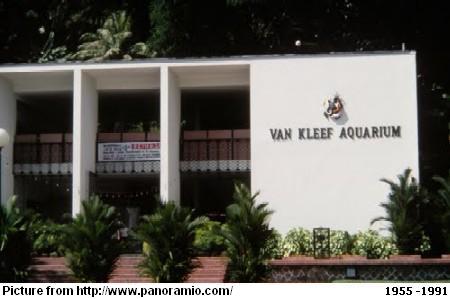 Housing a variety of marine creatures such as sharks, piranhas and eels, Van Kleef Aquarium was built through the donation of local Dutch businessman Karl Willem Benjamin Van Kleef. The air-conditional building, a rarity during that era, was completed in 1955 at Fort Canning Park.
The aquarium’s visitorship peaked in the seventies, but by the mid-eighties, there was an obvious decline in the number of visitors which sealed its fate. With the opening of the Underwater World at Sentosa, Van Kleef Aquarium was closed in 1991 and demolished six years later.

Built in 1982, the old Sentosa Monorail was a joy of ride for many students during their school excursions, even though it was hot, slow and bumpy. Looping through seven station around the island, the sleepy ride was a stark contrast to the rapid pace on mainland Singapore.
The construction of the 1.6-km monorail system cost $14 million, and after almost thirty years of service, it was clear that it could not catch up with the modernisation of the island and its increasing visitorship. It made way to a new Sentosa Express in 2005. 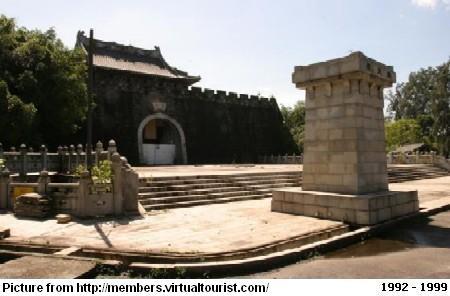 Occupying a vast land-size equaled to 18 football fields, and a hefty cost of $100 million, Jurong’s Tang Dynasty City was a replica of Chang-An, the ancient capital of Tang dynasty. Displaying Chinese-styled structures and Terracotta Army-alike warrior statues, the theme park, however, struggled to attract visitors and tourists with its high entrance fees and lacklustre marketing.
The money-losing business also failed in getting a new owner, and like Marco Polo Hotel, the 1997 Asian financial crisis put the last nail in its coffin. It lasted only 7 years, from 1992 to 1999, before being torn down for good by 2009.

It was nine storeys tall, but it was named New 7th Storey Hotel. When it was built by Wee Thiam Siew in 1953, it was the tallest building at Beach Road area. Guests were able to have clear views of the Kallang Basin without any obstruction.
Rated a five-star hotel, it was popular among the British officers and rich overseas businessmen from India and Indonesia. It even had the retro cage lift, one of the few left in Singapore. The hotel, however, saw its decline in the nineties and was restructured to become more of a budget hotel for backpackers.
It was demolished in 2009 to make way for the Downtown Line’s new Bugis MRT Station. 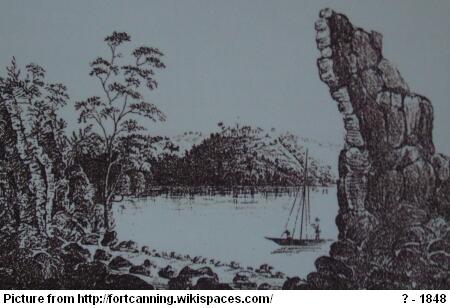 Also known as Longyamen in Chinese and Batu Berlayar in Malaya, the prominent rock outcrops were recorded in books as early as the 14th century. Located at the water passageway to the current Keppel Harbour, the protruding rocks resembled the gigantic teeth of a dragon.
When the British arrived at Singapore, they found the area to be extremely suitable for a harbour with its excellent location and deep water. The rocks, however, proved to be a hindrance to large vessels entering the harbour. Thus it was blown up in 1848 by Straits Settlement Surveyor John Thomson (1821 – 1884).

It is said Changi was named after this legendary tree. At about 76m tall, it was used as a prominent landmark in maps as early as 1888. The dark brown timber tree with a round green top, about the height of a typical 20-storey HDB flat, was of the species Sindora Wallichii, named after Danish botanist N. Wallich (1786 – 1854).
The British decided to cut down the tree in 1942 to prevent it from being used as a focal point by the invading Japanese. Using explosives at its base, the giant tree finally collapsed, along with the fall of Singapore, after surviving for hundreds of years on this island.

15 Responses to Prominent Singapore Landmarks that should be Conserved