Posted on January 20, 2021 by Remember Singapore

Tucked in the corner of Selegie Road and Prinsep Street, the three-storey wedge-shaped building is an eye-catching landmark, largely due to its odd shape and rows of window panes painted in bright cheerful colours.

The formal address of this building is 30 Selegie Road, and it was likely built in the late 19th century or early 20th century as part of the row of shophouses along Prinsep Street. According to the Newspapers Archives of Singapore, the junction of Selegie Road and Prinsep Street used to have many jinricksha (rickshaw) pullers, coolies and a public latrine.

In the eighties, the building housed a popular kopitiam at its first floor, serving delicious Indian rojak, banana leaf curry, tandoori chicken and kebabs. There was even a small yogurt bar in the coffeeshop. By the early nineties, Prinsep Street’s row of aging shophouses, affected by the urban renewal plan, were torn down. The unique wedge-shaped building was fortunately preserved, escaping the demolition plan. However, it was in a poor dilapidated state. 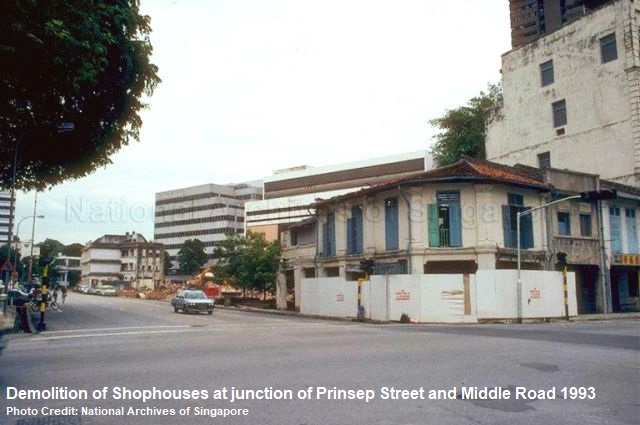 In 1994, the National Arts Council (NAC) moved in to house several of the local arts groups, giving the pale-yellow building a new lease of life and a new name called the Selegie Arts Centre. Tenders were opened and the public was invited to set up cafes and art retail shops such as bookshops, art materials shops and music shops.

The Selegie Arts Centre, since 1995, also houses the Photographic Society of Singapore as well as the Loke Wan Tho Gallery, which displays the former Cathay Organisation founder and cinema magnate’s award-winning photographs taken in the fifties.

As part of the Waterloo Street Arts Belt, the Selegie Arts Centre is managed under the NAC’s Arts Housing Scheme, which was implemented in 1985 as an effort to provide artists and arts groups in Singapore affordable spaces to carry out and develop their works, so as to contribute to an active Singapore arts scene. 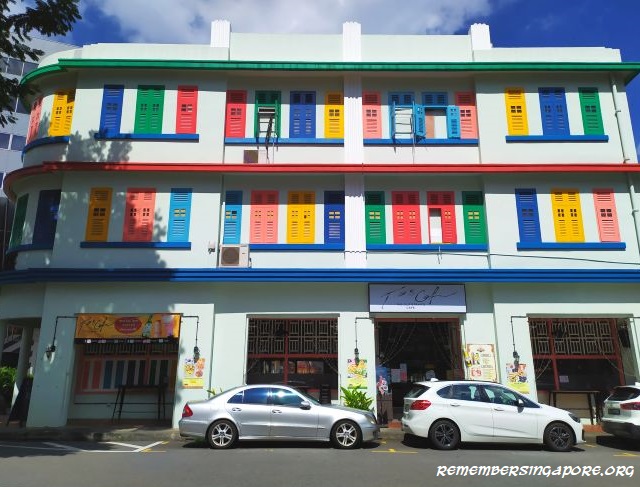 2 Responses to The Colourful Landmark of Selegie Arts Centre