Another makeshift orange-top bus stop is located at the end of Punggol Road, near the Punggol Jetty. 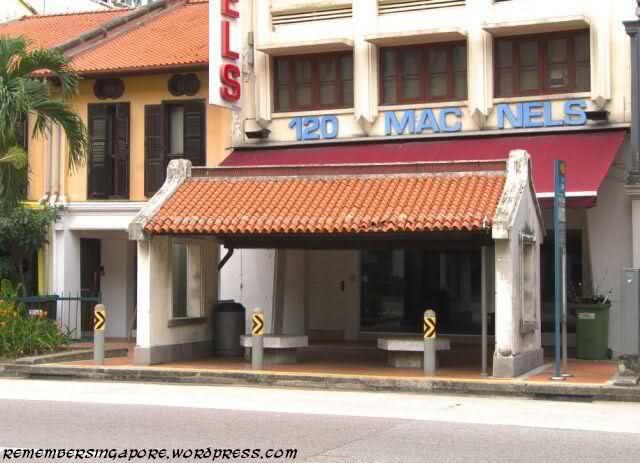 A concrete-and-metal bus stop of the seventies, believed to be the only remaining of its kind in Singapore, is located along Old Choa Chu Kang Road. It is currently serving bus 172 and 975.  In 2008, the Land Transport Authority (LTA) decided to preserve the nostalgic structure after an online survey on the Straits Times. 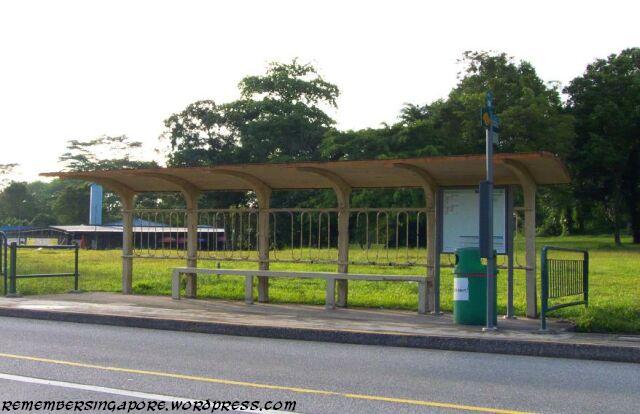 Several old-styled bus sign poles can be found along Lim Chu Kang Lane 3. These poles are left behind at their original positions after the bus services on this road were discontinued years ago.

In early 2000s, the Land Transport Authority (LTA) carried out a major revamp on the majority of Singapore street name signs. The new design of the street name signs that we see nowadays is using the format of green background with white letters in Rotis font format (developed by German typographer Otl Aicher in 1988).

The old and simple street name sign, which has been used in Singapore for decades, has a white background with back letters. One of the few remaining ones can be found along Neo Tiew Road (off Lim Chu Kang Road), Pasir Ris Farmway, Seletar West Farmway and Fernvale Road.

Some old street name signs with interesting names can still be found in the Seletar Camp. With its rapid development in recent years, it is likely these old signs will be phased out soon.

In the early days, the major roads in Singapore were named simply roads, such as Thomson Road and River Valley Road. After new towns were established in the sixties, major roads in the neighbourhoods are called avenues. There are also streets and drives within the estates. Avenues usually refer to three-lane major roads while streets and drives are one- or two-lane minor roads. Some roads in older towns, such as Toa Payoh, adopted Malay names such as lorong (major roads) and jalan (minor roads).

A practice since late nineties,  the streets in many new towns are distinguished by double digits suffix, such as Woodlands Street 83, Ang Mo Kio Street 22 and Bishan street 11.

When the new towns of Sengkang and Punggol were developed in the new millennium, the authority abandoned the idea of using numbers to differentiate various roads within the town, and used walk, lane, cresent, loop, way, place, square, etc instead. This creates some confusion for motorists when they visit the area, eg there are Rivervale Drive, Rivervale Street, Rivervale Crescent and Rivervale Lane in Sengkang.