A Walk Through The Old Neighbourhood – Jalan Kayu

Posted on November 17, 2011 by Remember Singapore

Mention Jalan Kayu, and most Singaporeans will think of the delicious crispy roti prata. Indeed, the two large roti prata shops at Jalan Kayu, perhaps more popular and famous than the ones at Upper Thomson Road and Clementi Road, have become the representative names for this old road and neighbourhood. 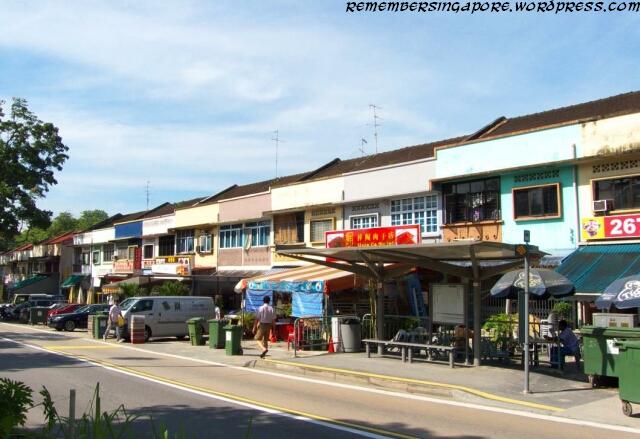 Jalan Kayu literally means “Road Wood” in Malay. Was it a road formerly made of wood, or was the road named after a person called Wood? The latter is more likely, although in the olden days, stacks of firewood could be found along the road.

Historical sources did indicate that the name of Jalan Kayu was probably named after British planner C.E. Wood, who was the supervisor for the building of Seletar Airbase in 1927. The road leading to the camp was suggested by the British Royal Air Force (RAF) to the Singapore Rural Board in 1937 to be named as Jalan Kayu, with respect to the Malay-majority community in this region. The original name was supposed to be Air Base Road.

The other end of the narrow 1.2-km dual-lane Jalan Kayu Road is bounded by Yio Chu Kang Road, the Seletar Hills private estate and the cluster of fish farms at Seletar West Farmway. Seletar East Farmway has been developed into the new neighbourhood of Fernvale (Sengkang) in the early 2000s. The popular Seletar Hills market and hawker centre, built in 1975 and demolished in 2004, used to be the focal point for food and grocery for the residents in the area. 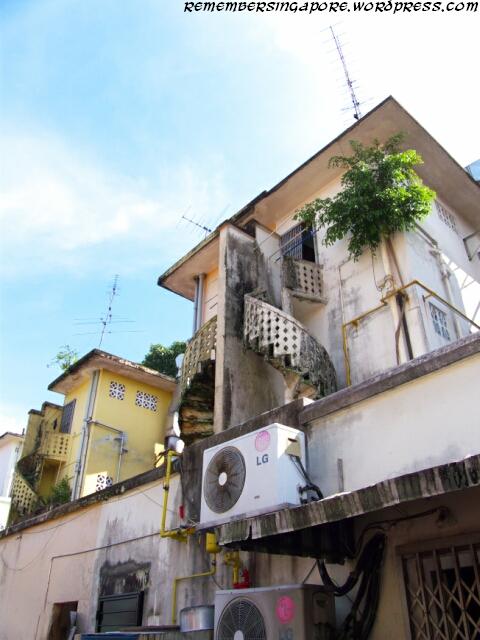 The old two-storey concrete shophouses along Jalan Kayu, designed with basements, spiral stairs and metal gates, add a captivating nostalgic charm to the area. Walking in the calm and peaceful alley, one may mistaken himself in an old Malaysian town. 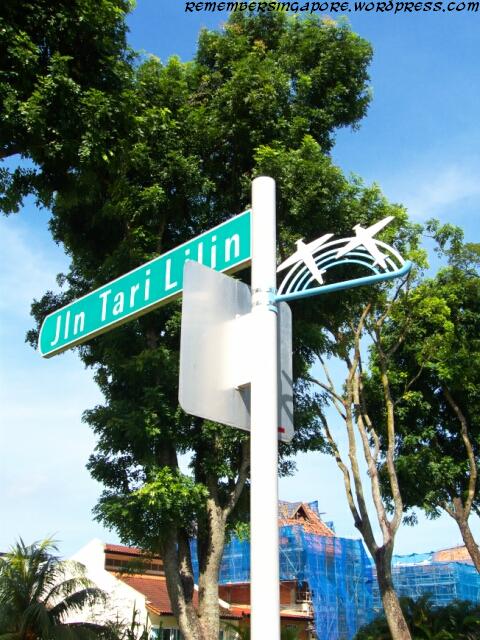 The road, off Jalan Kayu, that leads to the terrace houses is called Tong Lee Road. Not surprisingly, it was named after Ang Oon Hue’s property company.

In the vicinity, there are also two minor roads, Lorong Tanggam and Lorong Samak, located on the opposite side of Jalan Kayu private residential estate. Tanggam refers to wood joint in Malay/Indonesian.

Arguably one of the most famous names at Jalan Kayu, Thasevi Food Prata Restaurant is more than half a century old and was selling their dough at Tong Lee Road 500m away before moving to their current location at one of the shophouses. Despite fierce competition and spike in their prices, the roti prata business continues to thrive in recent years.

During the early days, rural farming and rearing of pigs and poultry were common in Jalan Kayu. The Chinese and Indians lived in harmony with the Malays, and some of the British would live in the terrace houses although majority of them had the luxury of staying in the black and white colonial houses at Seletar.

Pasar malams (night markets), wayangs (street theatres) and a small cinema provided the entertainment for the Jalan Kayu residents in the early days. It was said that one of the earliest roadside pasar malams in Singapore started at Jalan Kayu. 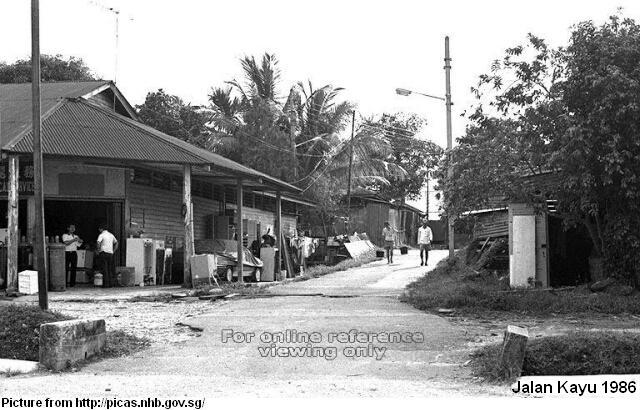 The sleepy neighbourhood of Jalan Kayu has yet to be affected by the major changes at nearby Fernvale, where new blocks of flats have sprung up like mushrooms in the last five years. There are proposals of widening the main road of Jalan Kayu or converting the place into a food and drink haven similar to that of Siglap or Dempsey, but most Singaporeans will probably hope the laid-back place to remain as it is.

96 Responses to A Walk Through The Old Neighbourhood – Jalan Kayu