Posted on October 15, 2021 by Remember Singapore

At about 312m long, Block 34 of Whampoa West is one of the longest HDB flats in Singapore, stretching from one end along Serangoon Road to the other end near Bendemeer Road. The 12-storey block, consists of about 500 units, was completed in the early seventies and had its 99-year lease starting on 1 January 1972. 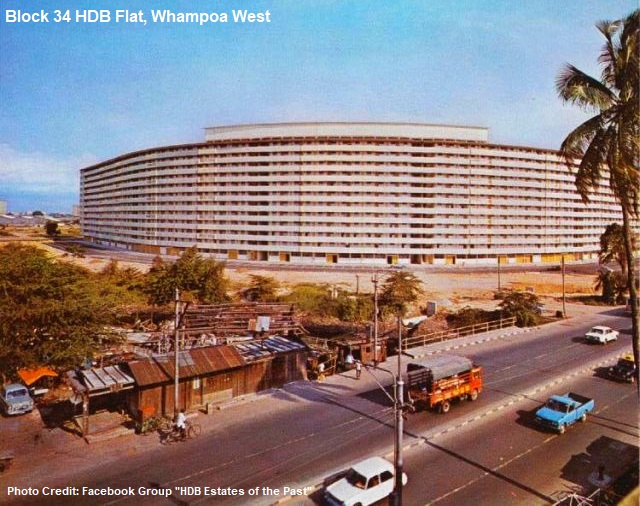 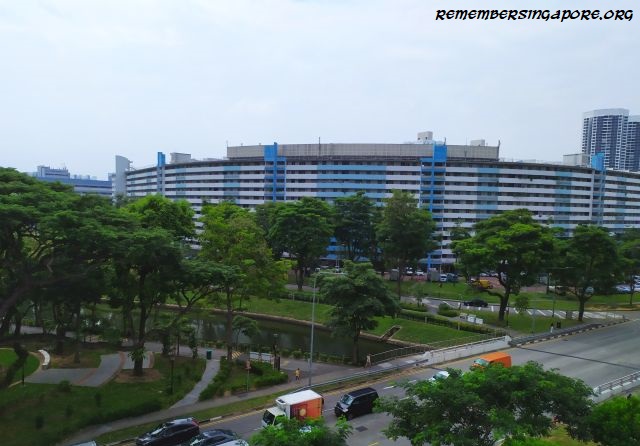 Its location was formerly home to one of the most famous mansions in Singapore in the 19th and early 20th century. Known as Whampoa House, it was a spectacular private residence built in 1840 by Hoo Ah Kay (1816-1880), a prominent and respected Chinese businessman, Legislative Council member and Consul in Singapore for China, Russia and Japan.

Hoo Ah Kay later became well-known as Whampoa, the name of his birthplace in China, and the present-day Whampoa Road, Sungei Whampoa and housing estate are named after him and his famous grand house. 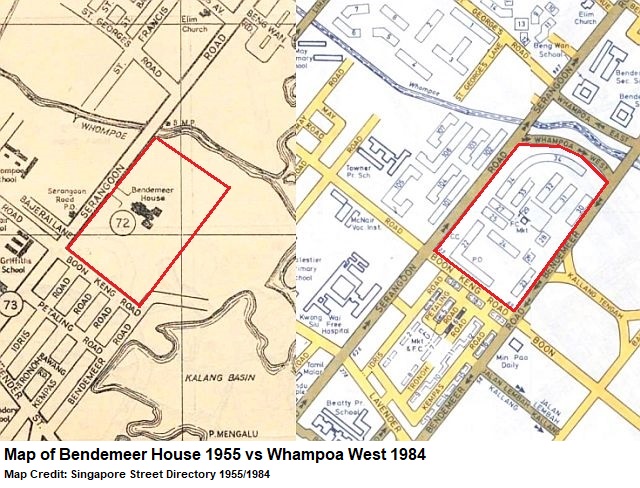 Known for his generosity, Hoo Ah Kay regularly invited guests with warm hospitality to his Whampoa House for gatherings, parties and dinners. The beautiful Whampoa Gardens, fondly known as nam san fa un (南生花园 in Cantonese, named after Hoo Ah Kay’s shop), and mini zoo were also opened to the public during the Lunar New Year.

After Hoo Ah Kay’s death, Whampoa House was sold to another wealthy Chinese merchant Seah Liang Seah (1850-1925), who renamed it Bendemeer House. Bendemeer Road was named after the house, in honour of Seah Liang Seah’s contributions to the community. In the early 20th century, Chinese revolutionist Dr Sun Yat-Sen had lived in the house for a period of time during his exile from China.

After the Second World War, Bendemeer House was used to temporarily accommodate military personnel. It fell into disrepair by the sixties. 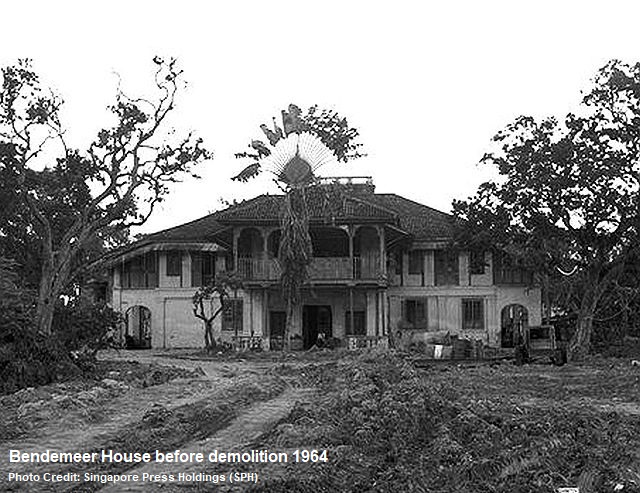 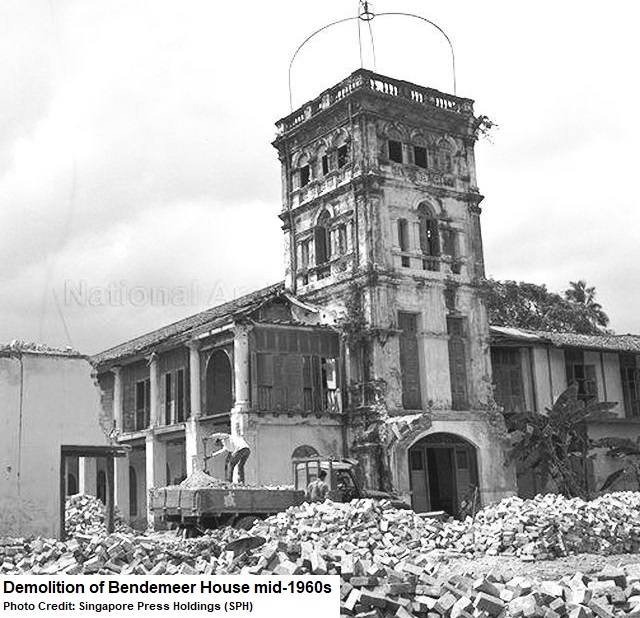 In the sixties, Singapore’s State and City Planning Office was studying several concepts to cope with an expected four million population by the turn of the century. The Ring Plan, circling the Central Catchment Area, was eventually crafted, with a series of suitable sites, including Whampoa, selected for public housing projects.

In 1964, the dilapidated house and its 30-acre site were acquired by the Singapore government for $3.8 million. After more than 120 years in existence, Bendemeer House was torn down to make way for the new housing and industrial projects, as part of the greater Kallang Basin’s development. 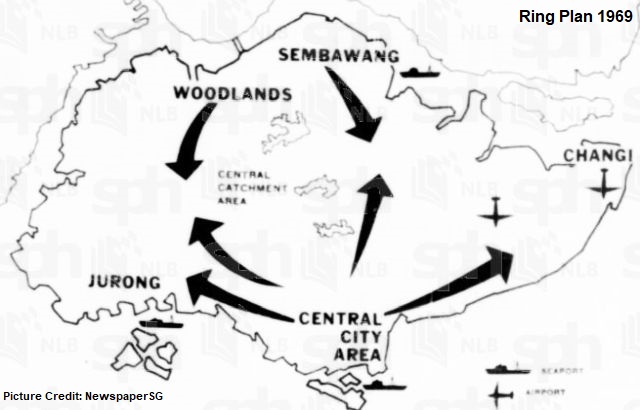 With the clearance of the site completed, the Housing and Development Board (HDB) proceeded to build a total of 13 flats – numbered 22 to 34. Public amenities such as a hawker centre, market, community centre and children’s playground were also added within the new housing estate.

Interestingly, Block 34 is the only one that carries the address of Whampoa West, whereas the rest of the blocks have Boon Keng Road (for Block 22) and Bendemeer Road (Block 23-33) as their addresses. 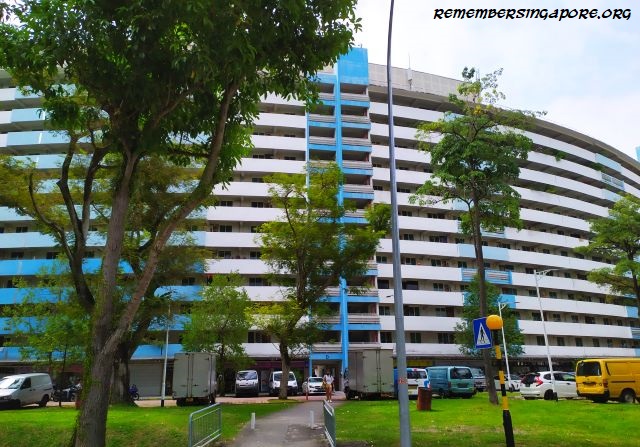 Besides Whampoa West, there are also Whampoa East, Whampoa North (expunged in 2010s) and Whampoa South. The four single-way roads were constructed in the late sixties and early seventies to link between the parallel Serangoon Road and Bendemeer Road. Whampoa East and Whampoa West are located on each side of Sungei Whampoa, whereas Whampoa North and Whampoa South run along Sungei Kallang further down the Serangoon and Bendemeer roads.

Due to its massive size and length, Block 34’s first level is a bustling place, made up of dozens of shops, from hairdressing salons, mini marts and hardware shops to popular chicken rice and Teochew cuisine restaurants. In recent years, the block is injected with new vitality as pubs and cafes moved in to form an interesting mix of old traditional businesses and new shops. 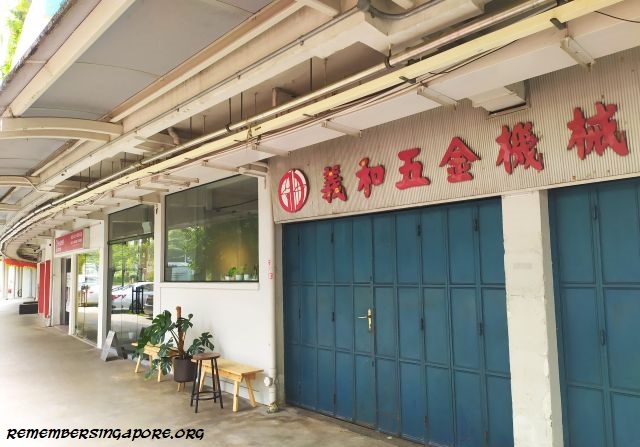 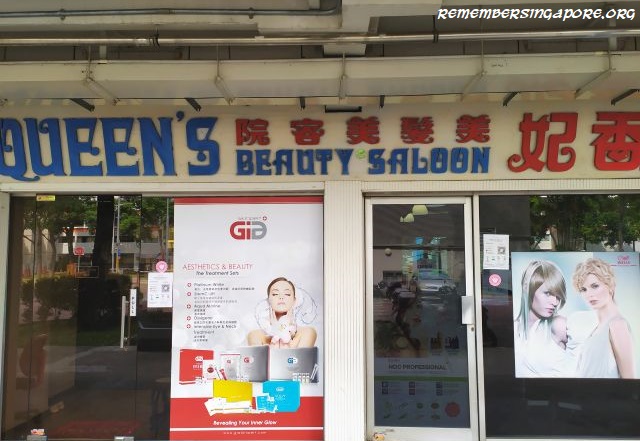 Six lift lobbies, labelled A to F, serve the block. The corridors are unblocked at the lift lobbies which means that one can walk the entire 300m stretch from one end to the other. The residents living at the highest levels can enjoy panoramic views of the Serangoon-Boon Keng area and Sungei Whampoa.

The current blue appearance of the block was painted in the early 2010s. Prior to that, it was entirely white in colour. 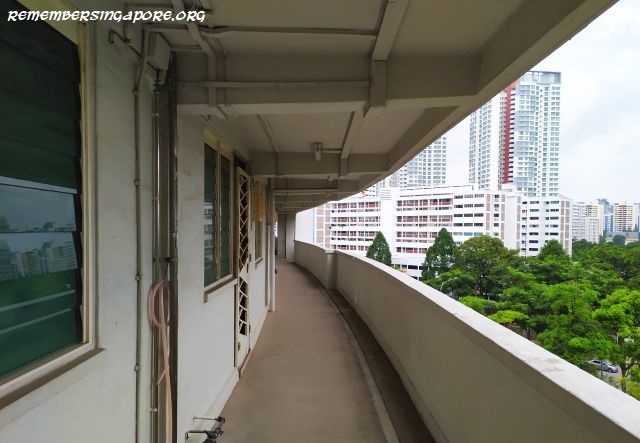 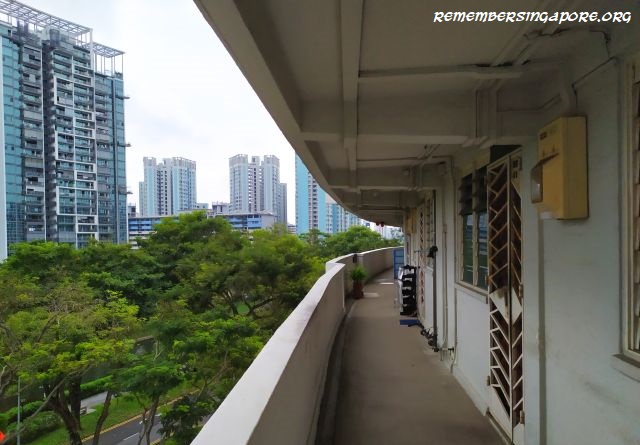 The former Block 79 of Toa Payoh Central, torn down in the early 2000s, came close with a length of almost 300m. 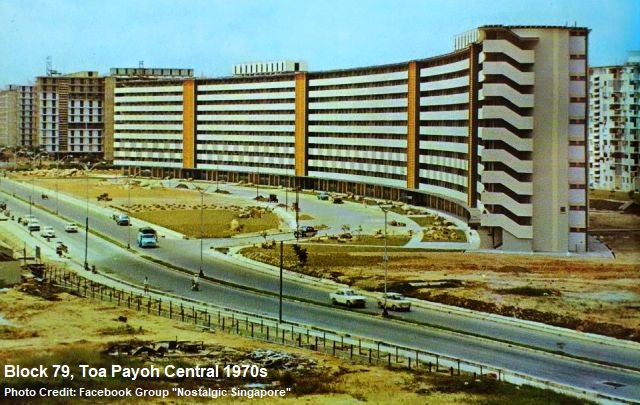 New developments have been going on around the area in recent years. The modern Whampoa Park Connector is running along Sungei Whampoa. The old flats at the adjacent Boon Keng Road have been bulldozed and replaced by new 40-storey HDB’s Design, Build and Sell Scheme (DBSS) flats. At the opposite Towner Road and St. George’s Road, new HDB flats are also popping up. But Block 34 Whampoa West remains the iconic landmark of the vicinity. 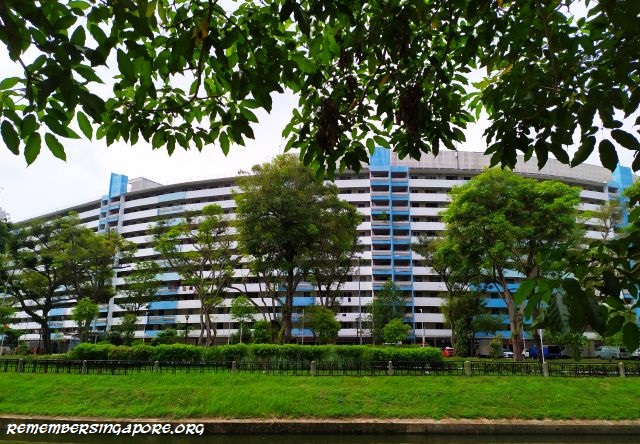 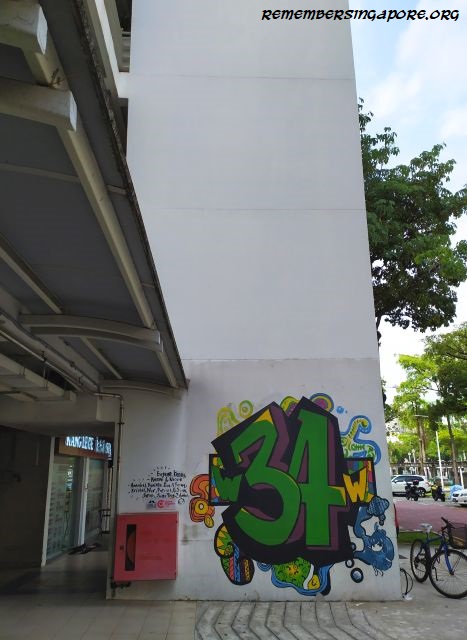 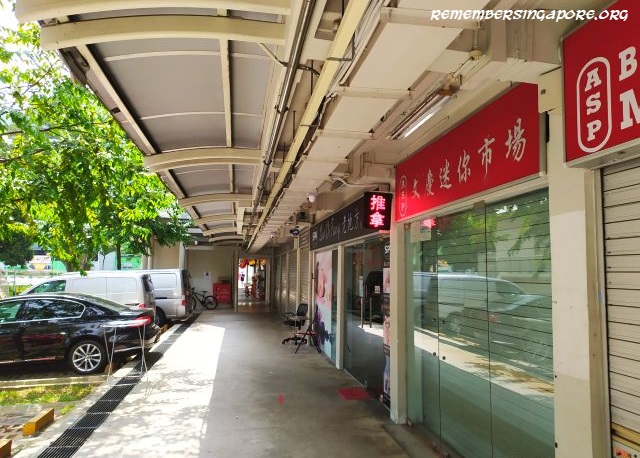 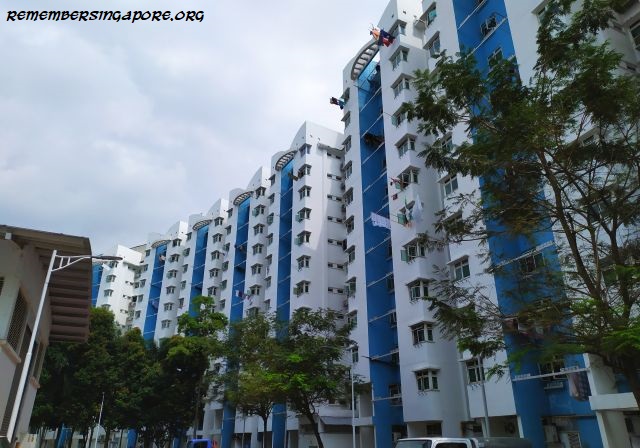