A pale-bluish mansion occupies a large plot of land at the junction of Still Road South and St Patrick’s Road. It is the Karikal Mahal, the former residence of a rich Indian merchant.

In 1917, wealthy cattle merchant Moona Kadir Sultan bought this plot of land and built a large mansion for his numerous wives. The majestic mansion was completed three years later and comprised four houses with a luxurious garden, fountains and beautiful angel sculptures by an artificial lake. The whole project, modelled after a mixture of Victorian, Italianate and Indian-styled designs, cost $500,000, a huge amount in the twenties.

Karikal Mahal was named after Moona Kadir Sultan’s hometown, a small town located in South India’s state of Tamil Nadu. Mahal means palace in Indian. Before the land reclamation of Marine Parade in the late sixties, the mansion was only a short distance away from the coastline, allowing the residents to enjoy sea breezes and listen to the sounds of waves.

In 1947, the property was sold to a local company Lee Rubber Company, who renovated the mansion into a 20-room budget hotel, named as Renaissance Grand Hotel. The hotel had enjoyed brisk business in the past but today its glory days have clearly passed, with the mansion converted into a temporary warehouse for unwanted furniture.

The land is still owned by Lee Rubber, and is estimated to be worth $300m in the current property boom. 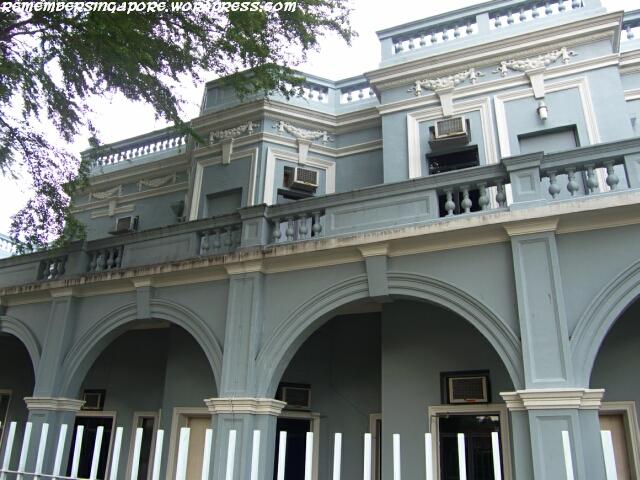 The government acquired part of the land in 1973 in order to construct a main road linking the north part (Joo Chiat area) to south. Still Road cuts through the occupied land, splitting the garden from the mansion. Today, one can still spot some small old houses located in a barren land directly opposite Grand Hotel that were likely to be the servant quarters of the former Karikal Mahal.

Nearby, there is a road named after Karikal Mahal. It is the Karikal Lane, a short stretch of road perpendicular to St Patrick’s Road. There was once a Karikal Road too, but had become part of the present-day Still Road South. Some 100 buildings, including Karikal Mahal, around Joo Chiat and Katong area were placed on the conservation list by the Urban Redevelopment Authority (URA) in 2009.

Also read The Story of “The Cattle King” and his Karikal Mahal Palace.