Fort Serapong was built by the British between the 1870s and 1890s, together with Fort Siloso, Fort Connaught and the Imbiah Battery, to form a defensive line of formidable fortifications at Pulau Blakang Mati (present-day Sentosa) against the Dutch East Indies, pirates or other potential enemies.

As an integrated part of Singapore’s southern defence, Fort Serapong was fitted with 7-inch guns and 64 Pounders, with heavy gun practices regularly carried out in the early 20th century. The weapons were later upgraded to 10-inch guns, which had more firepower and longer range. Observation posts and battery plotting rooms were also added in the 1930s to strengthen the forts’ defence capabilities.

The monster naval guns of the Blakang Mati forts and batteries, however, were never put to test against any attacks from the south. In early 1942, the Japanese invaded the northwestern side of Singapore from the Malay Peninsula. With the impending fall of Singapore, the guns and batteries on Pulau Blakang Mati were destroyed or broken up to prevent them from falling into the enemies’ hands. The island itself was then captured by the Japanese. 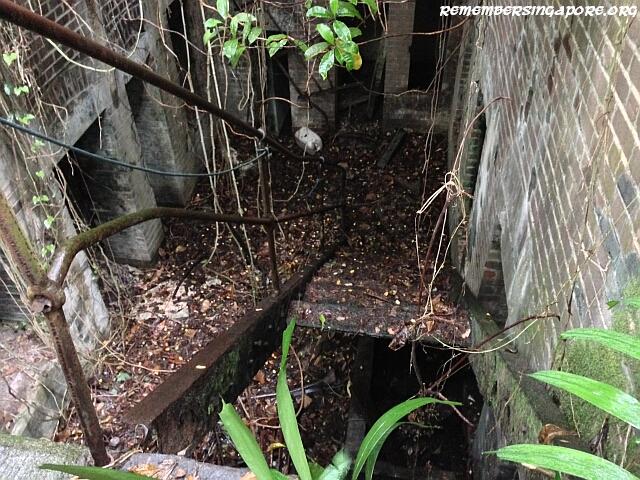 After the war, the Blakang Mati forts and batteries were handed over to the Royal Navy, Royal Artillery, Malay Coastal Battery and the Gurkha Contingent. The withdrawal of the British forces, starting in 1967, saw the fortifications come under the command of the Singapore Armed Forces. The buildings were then used for storage means for several years before the government decided in 1972 to redevelop the island into a tourist destination. During the redevelopment, Fort Siloso was restored and converted into a military museum, but Fort Connaught was demolished and Fort Serapong was left abandoned till this day.

Read more at The Lost Cause and Forgotten Ruins of Fort Serapong.