Located in the secondary forest at the corner of Sembawang is an old mosque called Masjid Petempatan Melayu Sembawang. Built in 1963, the mosque served as a place of worship for the Muslim community living at Sembawang.

The northern coast of Singapore was populated by the Malay community in the fifties and sixties. This area became known as the Malay Settlement, or Petempatan Melayu Sembawang. In the early sixties, with the villagers yearning for a place of worship, fundraising for the building of a new mosque was carried out. The public and residents of the nearby villages actively donated, and together with the monetary contribution from the Lee Foundation, the committee was able to raise $10,000 for the construction of a new mosque.

The new place of worship was called Masjid Kampong Tengah upon its completion in 1963, but was later changed to Masjid Petempatan Melayu Sembawang, naming after the nearby Malay Settlement. In the seventies, the mosque continued its fundraising activities for the upgrading of its building, including the addition of a mosque tower.

Still surrounded by a vast area of lush greenery, the old charming kampong mosque today still retains its sense of peace and quietude, except during weekends when it conducts the madrasah and religious classes, and during festivals such as Hari Raya Haji and Hari Raya Puasa. 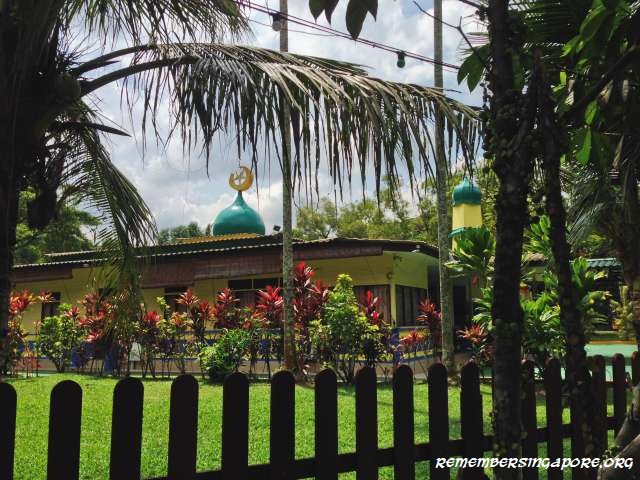 Other than Masjid Petempatan Melayu Sembawang and Masjid Jumah Sembawang, another old mosque – Masjid Naval Base – once existed at Sembawang. Masjid Naval Base, located at Canberra Road, began as a surau and was upgraded to a mosque in 1968 to cater for the increasing number of Muslim workers at the dockyard. It was opened to the public in 1972 after the withdrawal of the British forces, but was closed in the mid-2000s.

Today, there is a long canal called Sungei Simpang Kiri in the vicinity. Before the winding river was aligned and converted into a canal, Jalan Mempurong was linked to several inner tracks named Jalan Ketuka, Jalan Tanjong Irau (named after Kampong Tanjong Irau), Lorong Nibong, Lorong Balai and Lorong Resam. These tracks were later expunged when Kampong Tanjong Irau was demolished in the late eighties, and Jalan Mempurong was cut short and ended just before the canal.

By 1965, main water supplies had arrived at the isolated Malay Settlement and other Sembawang villages. Other infrastructural works, during the sixties and seventies, still very much relied on the various gotong royong activities. For example, in 1968, some 250 National University of Singapore (NUS) students toiled under the hot sun to lay the granite foundation for a road running through Jalan Mempurong, Jalan Inggu and Jalan Selimang, so as to provide better accessibility and convenience to the residents.

Other government services and benefits were extended to the Sembawang villages by the late sixties, such as the mobile library services for the children and the free movies by the Mobile Film Unit. 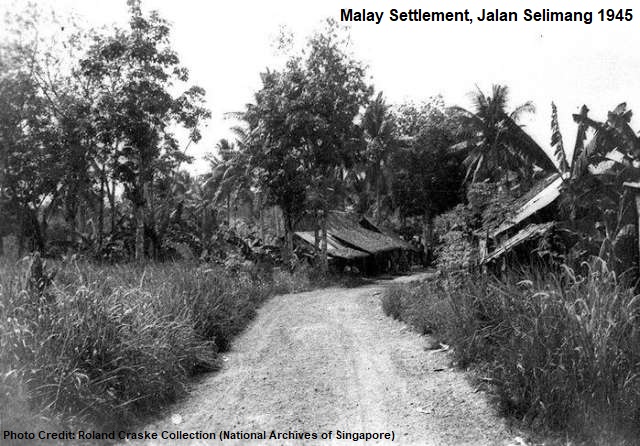 The Sembawang coast used to be bustling with kampong life, where zinc-roof wooden houses and coconut trees stood beside the sea. As many as six villages – Malay Settlement, Kampong Tengah, Kampong Tanjong Irau, Kampong Lobang (Lubang) Bom, Kampong Hailam and Kampong Wak Hassan – coexisted within short distances of one another.

By the eighties and nineties, however, many of the villages were vacated and demolished due to redevelopment plans. Kampong Wak Hassan was the last kampong at Sembawang that survived until the late nineties. Today, there is a short road along Sembawang coast that still bears the name of this former kampong. Built in 1966, its original name was Jalan Kampong Wak Hassan. 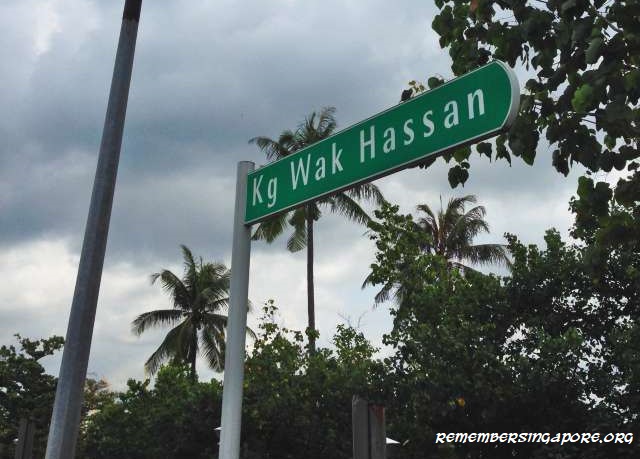 Kampong Wak Hassan had a long history. It was established in 1914 by a former policeman called Wak Hassan bin Ali, who had bought large parcel of lands and plantations near Sungei Sembawang. The land was later acquired by the British for the construction of their naval base, and Wak Hassan’s village was relocated to where Kampong Wak Hassan is today.

At Kampong Wak Hassan, the village had survived the war, flourished in the sixties, and eventually declined by the eighties. Its demolition in 1998 meant that Sembawang’s kampong history officially walked into history. 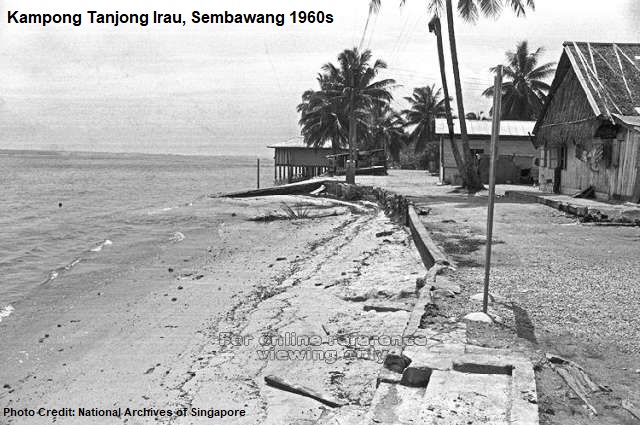 Kampong Tanjong Irau, by the sixties, had grown to about 50 families. Due its relative inaccessibility, the village had its own community centre and even a surau, a small zinc-roof wooden building that could accommodate 150 t0 200 people during the Friday prayers and religious festivals.

To many of its residents, it was just another day at Kampong Tanjong Irau, a familiar home made up of gaily-painted houses, some of them standing on stilts, surrounded by many washing lines of laundry fluttering in the breeze. Coconut trees were abundant here, but there were also trees of mango, guava and betelnut.

Even under the hot sun, there was a sense of tranquillity in the surroundings. Time seemed to pass more slowly here; one could easily engross in the peacefulness of the surroundings that were accompanied by a mixture of natural sounds from the swishing waves, rustling leaves, chirping crickets and the clucking free roaming chicken, ducks and geese. 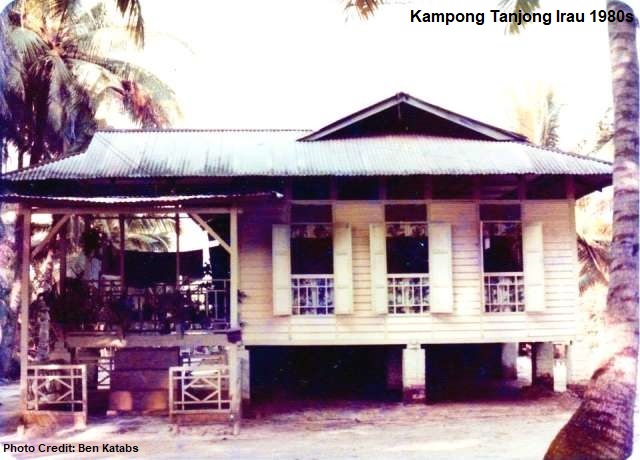 At any day in the eighties, the kampong was usually filled with children playing, with their grandparents chatting nearby. The young men and women in the village, by then, would have already gone to work in the factories and city area. But once in a while, one could spot a weather-beaten fisherman mending his net by the shore, or an elderly carving a gasing, a kind of spinning top enjoyed by the Malay community.

Facing the jungle-clad Johor, Tanjong Irau Beach was home not only to Kampong Tanjong Irau. Along the idyllic shore, in the eighties, once existed a yacht club, owned by an American, named Yacht Marina. Standing nearby was a blue and white bungalow, home to famous local footballer Quah Kim Song, who used to play football on a large field at Kampong Tanjong Irau when he was a kid.

In the early sixties, there was also the Kampong Tengah holiday camp, a chalet built by the People’s Association (PA). Opened in 1961 by then-Health Minister Inche Ahmad bin Ibrahim, it was the third of its kind in Singapore, after Pulau Ubin and Tanah Merah youth camps. Designed with bedrooms and kitchens, the $31,000 Kampong Tengah holiday camp was opened to the public, especially the less privileged, so that they could enjoy the recreational facilities by the sea. 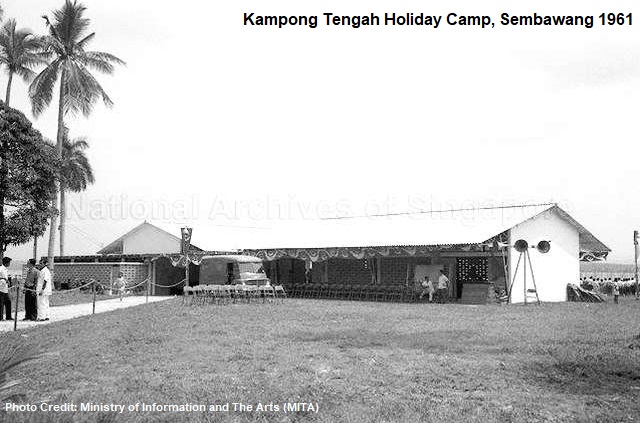 Like the Malay Settlement and Kampong Tengah, Kampong Tanjong Irau was affected by the proposed redevelopment of Sembawang in the eighties. Many of its residents, by the late eighties, had moved out of the village and resettled in the new HDB towns.

In July 1981, about 80 families of Kampong Tengah and Kampong Hailam were served notices to vacant their homes. The lands they were living on had been identified by the government for redevelopment for industrial use (although the plan of a new Sembawang Industrial Estate in the vicinity did not materialise). New flats at Nee Soon and Jurong were allocated for the displaced residents, who voiced their displeasure for having to leave their homes of many generations.

Walking along the secluded and tranquil Sembawang coast today, one can hardly imagine, that more than three decades ago, here was the home to many bustling kampongs. 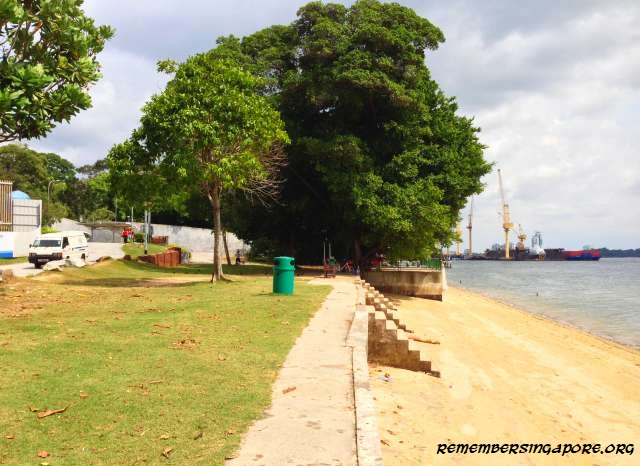 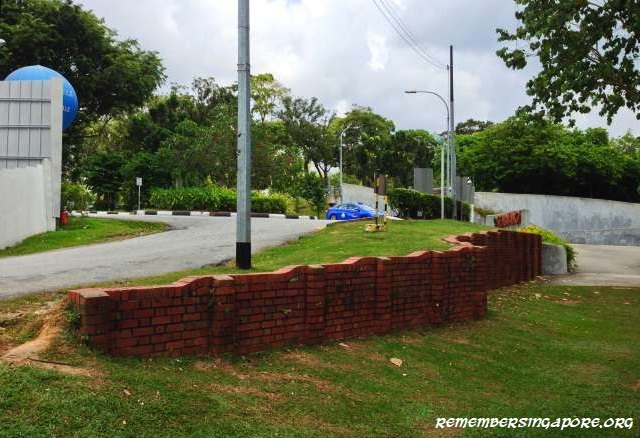 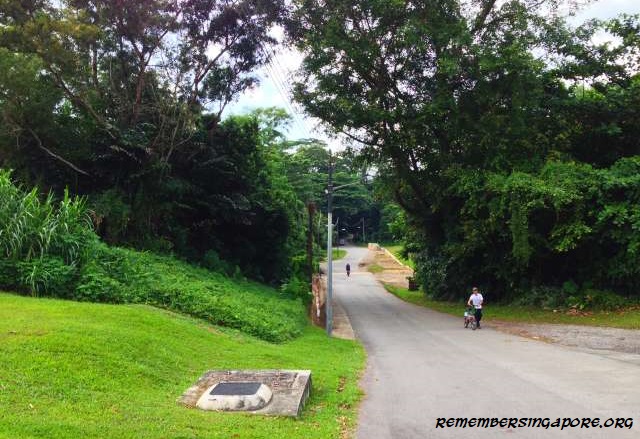