A Forgotten Past – The Prisoners of Conscience

Posted on June 6, 2012 by Remember Singapore

Another operation in 1966, which many viewed as the continuation of Operation Cold Store, had another Barisan Sosialis member Chia Thye Poh detained. Chia Thye Poh (born 1941) would later become the longest-serving political prisoner in the history of Singapore, after being imprisoned without trial and placed under house arrest for a total of 32 years. 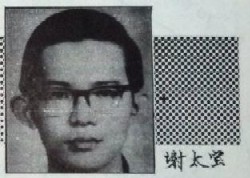 Major in Physics at Nanyang University, Chia Thye Poh became a teacher and an assistant lecturer before joining Barisan Sosialis to participate in politics. In 1963, Barisan Sosailis contested in its first general election, winning 13 seats compared to the People’s Action Party’s (PAP) 37. Chia Thye Poh was successfully elected as a Member of Parliament (MP) for the Jurong constituency.

In October 1966, Chia Thye Poh boycotted the Parliament with other eight Barisan Sosialis MPs, due to Singapore’s decision to split from Malaysia a year earlier. The decision, which was not debated in the Parliament nor voted by the citizens through a referendum, was deemed as “undemocratic”. Chia Thye Poh also participated in the “Aid Vietnam against U.S.” demonstration at Gay World Stadium, which later became a violent clash between the protesters and the police.

On 29 October 1966, Chia Thye Poh was arrested along with 22 Barisan Sosialis members under the Internal Security Act (ISA) for suspected communist activities. All detainees were released after signing documents to renounce violence and sever ties with the Communist Party of Malaya (CPM), but Chia Thye Poh refused to put his signature on the papers. The signing of the documents, he claimed, would be considered as his confession of being a communist. 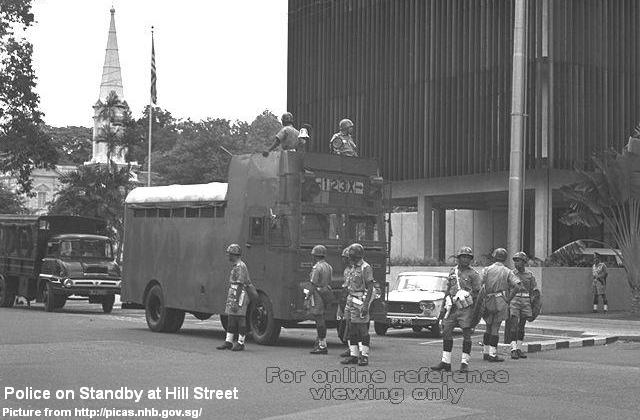 From Queenstown Prison to Sentosa

Chia Thye Poh was subsequently placed under detention at Queenstown Remand Prison, Whitley Road Detention Centre and Changi Prison for 23 years. He was only 25 when he was arrested. It was not until 1985 before an accusation was made against him as a member of CPM.

In 1989, Chia Thye Poh was moved to Sentosa and placed under house arrest at a small guard house. He was not allowed to leave the island, banned from speaking to the media, and had to pay for his rent and food. The restriction on his movement was gradually relaxed and by 1992, Chia Thye Poh was allowed to travel to mainland Singapore. The ban on his overseas travel and participation in open activities and events remained.

32 years after his arrest, Chia Thye Poh finally regained his complete freedom in November 1998. His lengthy imprisonment as a political prisoner was second only to Nelson Mandala, the former President of South Africa. The lost years spent in dark cells without freedom and threats by the authority failed to weaken Chia Thye Poh’s will and desire to fight for a true parliamentary democracy.

Another Barisan Sosialis founding member Dr Lim Hock Siew (1931-2012) was the second longest-serving political prisoner after Chia Thye Poh, being detained without trial for twenty years. The son of a fishmonger, Dr Lim Hock Siew showed his early brilliance by graduating from the Raffles Institution and the University of Malaya.

Like other left-wing members of the PAP, Dr Lim Hock Siew left to form Barisan Sosialis in 1961. The 1963 Operation Cold Store had him, along with other Barisan members, arrested. In 1972, the Internal Security Department (ISD) tried, without success, to coerce Dr Lim Hock Siew in giving up his political motives in exchange for his freedom. He was later moved to Pulau Tekong in 1978 to continue the detention.

Dr Lim Hock Siew was finally released in September 1982, after twenty years of detention without trial.

Other suspected anti-colonial or pro-communist figures who were detained without trial included Fong Swee Suan (born 1931), who was held in Kuala Lumpur and Muar for more than four years. Barisan Sosialis’ secretary-general Lim Chin Siong was jailed between 1963 and 1969, before going into an exile in London for ten years. Both did not get involved in politics again, while the others had also long given up their political dreams.

7 Responses to A Forgotten Past – The Prisoners of Conscience