Posted on November 20, 2016 by Remember Singapore

Ong Teng Cheong (1936-2002) was Singapore’s first elected President. He was also the nation’s fifth President, holding office between 1993 and 1999. In his political career that spanned over 25 years, Ong Teng Cheong had also served as a Member of Parliament (MP), Minister for Communications, Minister for Labour and Deputy Prime Minister.

Fluent in English, Mandarin and Hokkien, Ong Teng Cheong was born in 1936 to a middle class family. The second of five children in the Ong family, he attended The Chinese High School after the Second World War, graduating as their top student in the mid-fifties. After obtaining an architecture degree in Australia, Ong Teng Cheong began his career as an architect in a local firm, before leaving for England to pursue a master’s degree in civil design. 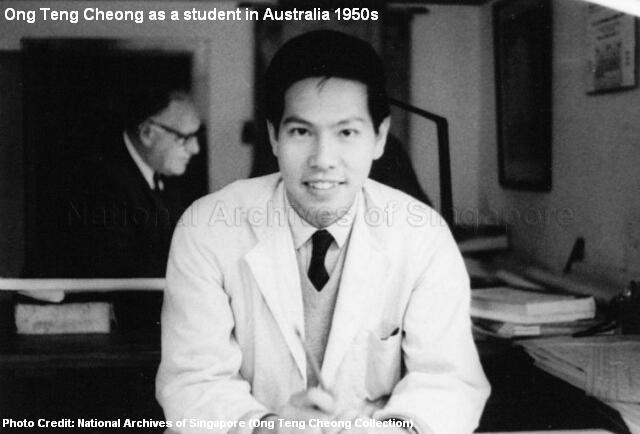 Upon his return to Singapore in 1967, Ong Teng Cheong was hired by the Ministry of National Development (MND) where he led a team in planning the development of Singapore’s central region. In the early seventies, Ong Teng Cheong briefly left the civil sector to continue his architectural practice, and would return a few years later to take up office in the government. 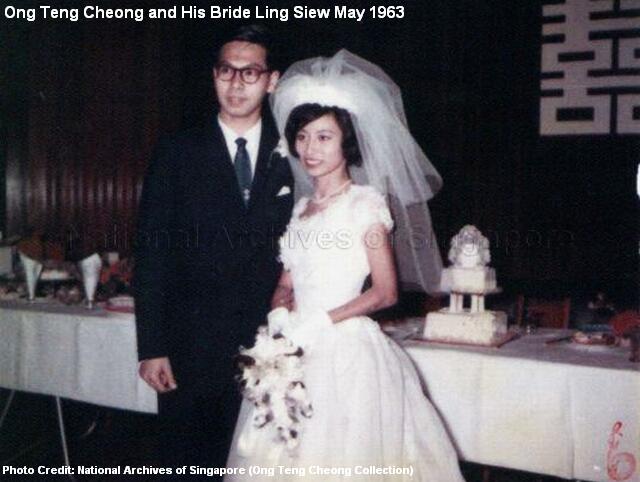 In the 1972 General Election, Ong Teng Cheong contested as a People’s Action Party (PAP) candidate at the Kim Keat constituency. In his debut, he was elected as a MP, after a convincing 74% victory against his opponents. He would then serve as the MP for Kim Keat, and later Toa Payoh Group Representation Constituency (GRC), for the next two decades.

In 1975, Ong Teng Cheong was appointed as the Minister of State for Communications. One of his contributions was his firm support and push for the development of a Mass Rapid Transit (MRT) in Singapore. It was a debate that the parliament had for many years, before coming to a decision in 1982 to embark on the massive MRT project. Between 1977 and 1983, Ong Teng Cheong also served a number of other posts, including the acting Minister for Culture and Minister for Labour.

After 1983, Ong Teng Cheong started his decade-long tenure with the National Trades Union Congress (NTUC). As the secretary-general of NTUC, he paid particular attention to the lower income workers and their benefits, especially during the recession in 1985. He also straightened out the differences between the government and unions, which had become increasingly strained.

An organised strike by workers over unfair treatment by their company Hydril in 1986 was sanctioned by Ong Teng Cheong. Six workers from the American company, which specialised in oil-field equipment, were dismissed over allegations of being anti-unions. It was the first strike in Singapore since the late seventies. Ong Teng Cheong did not inform the Cabinet beforehand, drawing a strong reaction from the Trade and Industry Ministry. The 61-employee strike proceeded and lasted for two days. Eventually the management of Hydril gave in, reinstating one worker and compensating the other five over unfair dismissal. 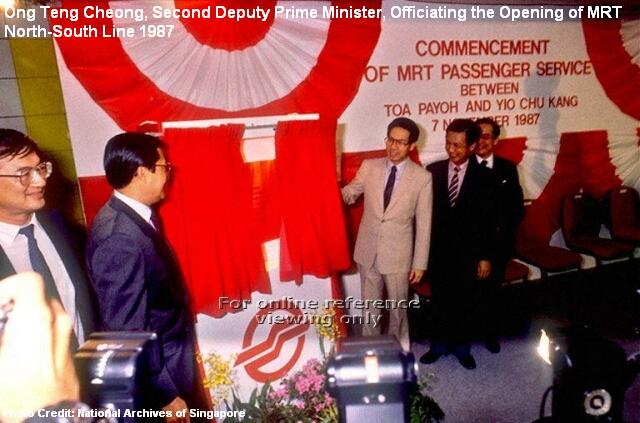 In 1993, Ong Teng Cheong, after resigning from his positions in NTUC, Cabinet and PAP, contested in Singapore’s first ever presidential election. He became the nation’s first elected president with a 58.7% victory over his opponent Chua Kim Yeow. Earlier in 1991, the Constitution has been amended to empower a directly-elected President the veto in the use of past reserves and appointment of key officials in the public service. Hence, one of the major roles of an elected Singapore’s President is the safeguarding of the national reserves.

Ong Teng Cheong in 1996 requested from the Accountant-General an inventory of the physical assets owned by the government, such as lands, buildings, roads, reservoirs and others, so that he could understand what the reserves consisted of. The President later revealed in a press conference that he was informed it would take 56 man-years to produce the complete valuation of all physical assets. The Ministry of Finance clarified that it was a misunderstanding, as 56 man-years referred to the amount of work to be done, and not of the time it would take to do (eg it could mean 56 men working for a year, or 28 men working for two years). 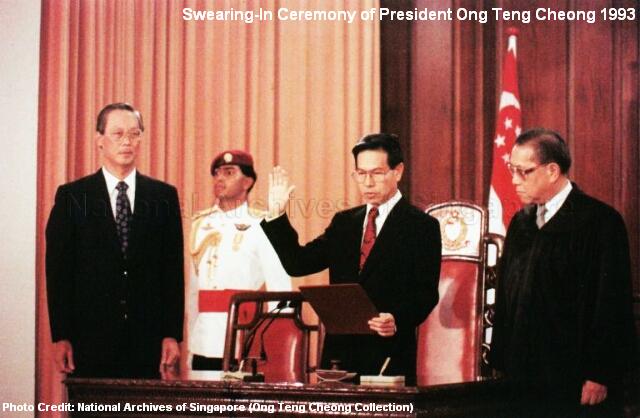 In addition, Ong Teng Cheong also expressed his disappointment in the government’s definition of the Net Investment Income (NII) as current or past reserves, the sale of the Post Office Savings Bank (POSB), a government statutory board with reserves under the President’s safeguarding, to the Development Bank of Singapore (DBS), and the withholding of information by civil servants in the ministries.

Through the media, the differences between the President and the government were put into the spotlight, attracting mixed reactions from the public. This prompted then-Prime Minister Goh Chok Tong and Finance Minister Dr Richard Hu Tsu Tau to make their clarifications and statements in the parliament in August 1999. 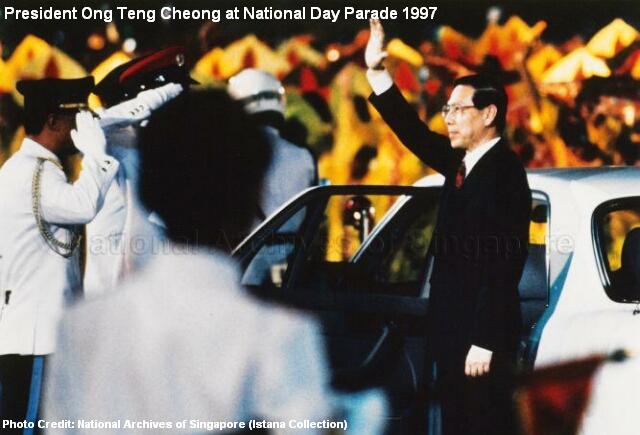 Ong Teng Cheong was diagnosed with lymphoma in 1992. In July 1999, Ong Teng Cheong announced he would not contest in the upcoming presidential election due to his health and also to take care of his sick wife Ling Siew May. They had knew each other since their secondary school days, and were married in 1963. Ling Siew May passed away on 30 July 1999 due to colon cancer. A motion was moved in the parliament in early August 1999, expressing sympathies to Ong Teng Cheong and his family.

On 08 February 2002, Ong Teng Cheong succumbed to his long battle with lymphoma. He passed away, at age 66, at the Singapore General Hospital (SGH), leaving behind two sons. He was accorded a state-assisted funeral, with Singapore flags lowered at half-mast at the government buildings. This, however, gave rise to speculations from the public on why Singapore’s first elected President was not accorded a state funeral like his predecessors.

Ong Teng Cheong, according to his last wishes, was cremated and his ashes placed, together with those of the commoners, at the Mandai Columbarium. Till this day, he remained well-remembered by many Singaporeans as the People’s President of Singapore.

“Some people still ask whether my long previous association (with the PAP) will stop me from acting independently. The answer is no. My loyalty is first and foremost, to the people of Singapore. It has always been so, and will always remain so” – Ong Teng Cheong, August 1993