The popular McDonald’s outlet at Ridout Tea Garden may be closing this end of 2021. Many Singaporeans expressed a pity when the news was released not long ago, as this unique McDonald’s with a picturesque setting has become a prominent landmark in the vicinity since 1989.

The Ridout Tea Garden’s history began even earlier as Queenstown Japanese Garden. It was 1970 when a small Japanese garden was first built at its current location. A typical Japanese-style garden or park was not new in Singapore. Alkaff Lake Gardens was built by the wealthy Alkaff family in the 1920s as the first Japanese garden in Singapore. It lasted until 1949 when it was sold, with the site redeveloped over the years to become Sennett Estate. A larger and better known Japanese Garden was created at Jurong in the late sixties and officially opened in 1973.

Queenstown Japanese Garden became a popular leisure venue for the nearby residents, with occasional events such as photographic competitions organised by the Queenstown Community Centre. It also consisted of 23 shops that sold a wide variety of consumer products such as furniture, sports equipment, clothes, electronic goods as well as food and beverages. One eatery, called Queen’s Garden Restaurant, offered both Western and Chinese cuisines.

The Queenstown Japanese Garden, however, was destroyed in a fire in June 1978. Almost all the shops had gone up in smokes, resulting in an estimated total cost of $1 million in damages. Only the electronic goods shop, stocked with $200,000 worth of equipment at the time of the disaster, was fortunately spared. It, however, could not survive for long as much of the garden was in ruins. With the crowds gone, the shop was the last to move out of the garden.

In 1980, the Housing and Development Board (HDB) decided to rebuild the area with another garden. $500,000 was pumped into the project, which aimed to construct another park with the popular Japanese vibe. The building – formerly occupied by the shop spared from the fire disaster – was reworked and converted into a new single-storey tea house designed with a double-slope roof and installed with wooden and plexiglass sliding doors. A pond with beautifully landscaped gardens, footpaths and bridges was also created.

Unlike the former Queenstown Japanese Garden, there would be no shops for the new garden. Instead it was to be leased out to private operators as two unique eating places that could accommodate about 300 customers. 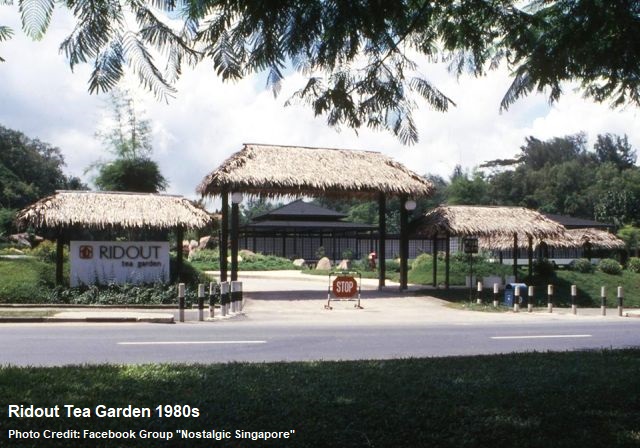 Named Ridout Tea Garden, after the nearby Ridout Road, the change of name signified the birth of a brand new place of interest as well as to avoid confusion with the Japanese Garden at Jurong. The name origin of Ridout Road came from Major General Sir Dudley Ridout (1866-1941), the British commanding officer of the Malaya Command in the 1910s and 1920s.

When it was opened in 1980, the concept of Ridout Tea Garden was well-received but the crowds commonly seen at the former Queenstown Japanese Garden were absent, likely due to the lack of shopping amenities. There were some snack kiosks but it was a stark contrast compared to its popular past in the seventies.

Hence, in 1981, Kentucky Fried Chicken was invited to set up an outlet at Ridout Tea Garden, where the authority hoped that the popular fast food could attract the crowds to return. 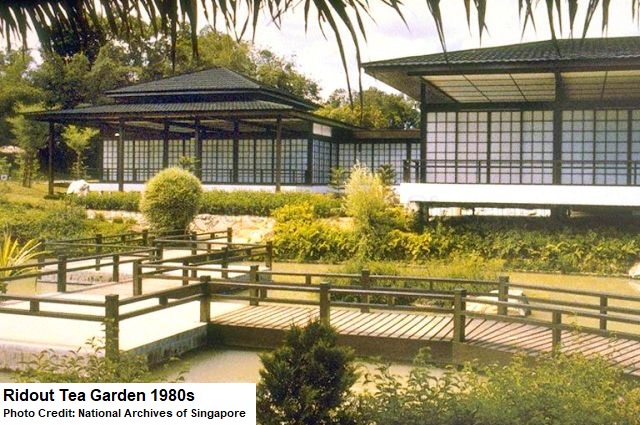 In 1983, Ridout Tea Garden was one of the several filming locations for the Singapore Broadcasting Corporation’s (SBC) six-episode Army Series drama, which told the stories of eight young men enlisted in the Singapore Armed Forces (SAF).

McDonald’s eventually replaced Kentucky Fried Chicken at Ridout Tea Garden in 1989, and, after going strong for 32 years, is currently one of Singapore’s oldest McDonald’s outlets, after the closure of the other decades-old outlets at Marine Cove and King Albert Park in 2012 and 2014 respectively. Today, the oldest McDonald’s restaurant in Singapore is the one at People Park’s Complex, which opened since 1979.

Ridout Tea Garden’s McDonald’s shares the premises with two other tenants – a Thai restaurant named Bobo (but was closed in 2020) and Far East Flora, a plant nursery.

To many, when it eventually closes, this unique McDonald’s will be a place made up of many fond memories. A common place where students spent hours doing their homework. Where early office-goers grabbed their breakfasts. And where friends met for suppers. Also not forgetting the football fans who crowded here to cheer for their teams during the late night live telecast of the World Cup matches in 2010. 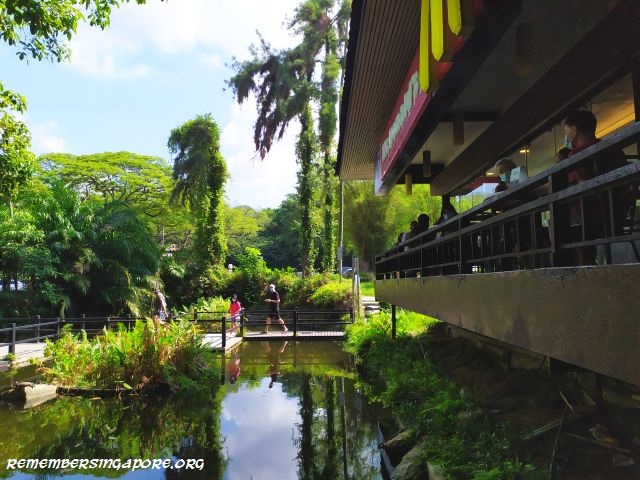 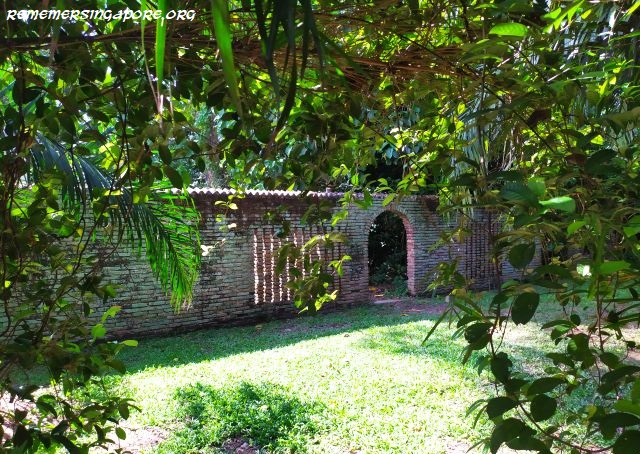