Chong Pang, the name of a bustling neigbourhood at Yishun, reminds the older generation of Singaporeans of another lively village of the same name, a forgotten one that used to exist near the present-day Sembawang MRT Station.

The renaming of Westhill Estate as Chong Pang Village (including Westhill Road to Chong Pang Road) was made official by the Singapore Rural Board in 1956, to commemorate Lim Chong Pang (1904-1956) who was involved in public service and had served on the Rural Board for almost a decade. 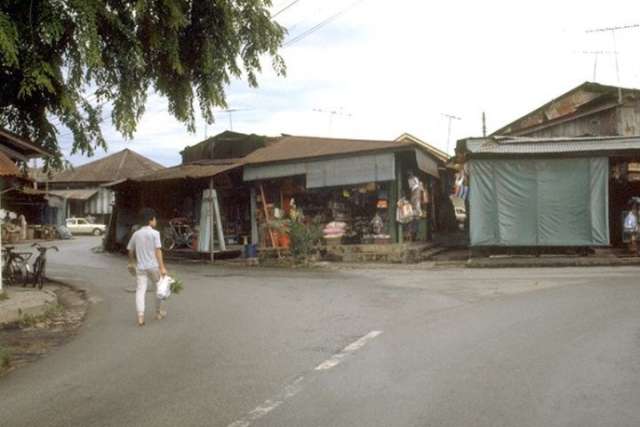 Son of rubber tycoon, businessman and community leader Lim Nee Soon (1879-1936), and son-in-law of Lim Choon Guan (1868-1924), another well-established businessman and co-founder of the Chinese Commercial Bank, Lim Chong Pang himself was also successful in his business empire, particularly in the film industry.

The old Westhill Estate, located at Sembawang Road 13½ milestone, was established by Lim Chong Pang in the 1930s on his father’s former rubber plantation. Divided into several plots of land, he leased them out to the Indian labourers who were hired by the British in their construction of the naval base at Sembawang. 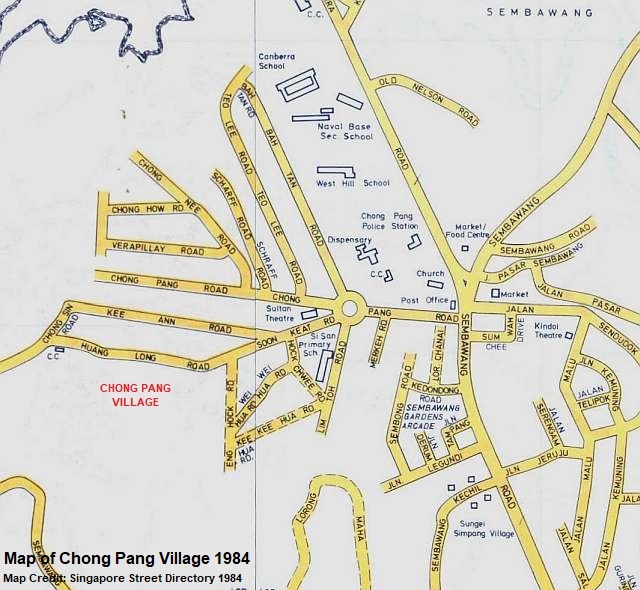 From the late 1930s to the early 1940s, the Indians made up the majority of the population at Westhill Estate; the others were Chinese rubber tappers and Malay fishermen. The relatively isolated Westhill Estate never had more than 100 families. Life was difficult for the residents. Water had to be hauled home from long distances. Mosquitoes and malaria were rampant. Dirt tracks were the only accessible routes to Westhill Estate, which back then was truly a scene of rural backwardness.

In 1939, Lim Chong Pang built the Sultan Theatre as a source of entertainment for Westhill Estate’s residents. It was the first roofed theatre at Singapore’s rural districts – the others had their films screened in open-air. Hindu and Tamil movies were showed on weekdays, while the theatre screened Chinese films during the weekends. 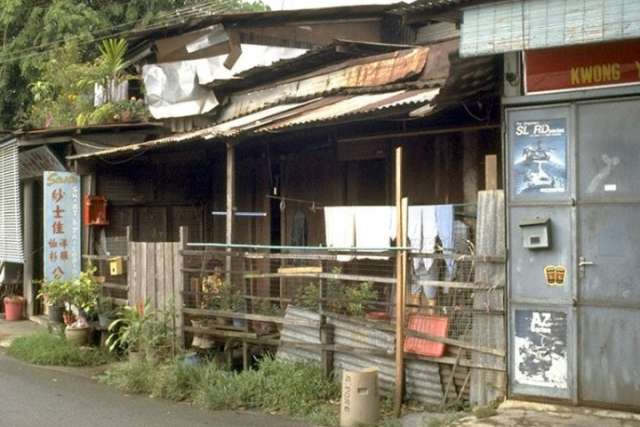 During the Second World War, Westhill Estate became deserted as its residents fled from the invading Japanese. Sultan Theatre was taken over and used as a storage place for minerals and raw materials for war production, while Westhill Estate’s shophouses were converted into a red light district serving the Japanese army.

After the war, in the mid-fifties, Westhill Estate, by then known as Chong Pang Village, saw an influx of Chinese residents resettled from Paya Lebar, where its lands were acquired for the construction of a new airport. The Chinese then became the majority of the village’s population until Chong Pang was demolished at the end of the eighties. 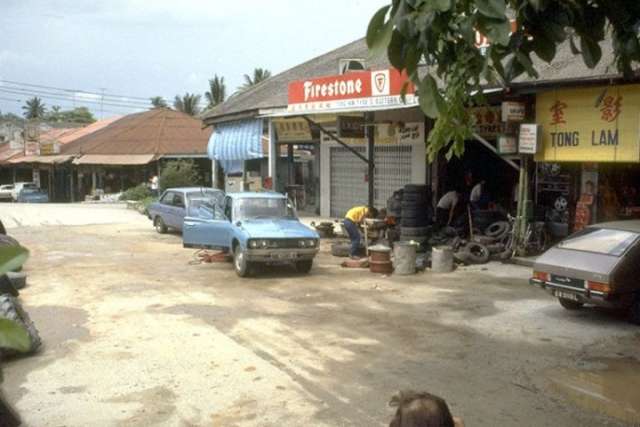 The late fifties and sixties saw Chong Pang Village constantly troubled by secret societies, gang fights and extortion. There were no police stations nearby and phone lines or other communication means were not available for the residents to call the police for help. It was not until 1965 that a new police station was built at Chong Pang Village to tackle the gangsterism issue and maintain order.

Electricity supply came to Chong Pang Village in 1960. Until the end of the eighties, most of Chong Pang Village’s business and residential activities were centered at the rows of its shophouses, largely made up of provision shops, kopitiams, motor workshops and hardware shops. Many of the shops imported goods from the West to cater for the British servicemen from the naval base. 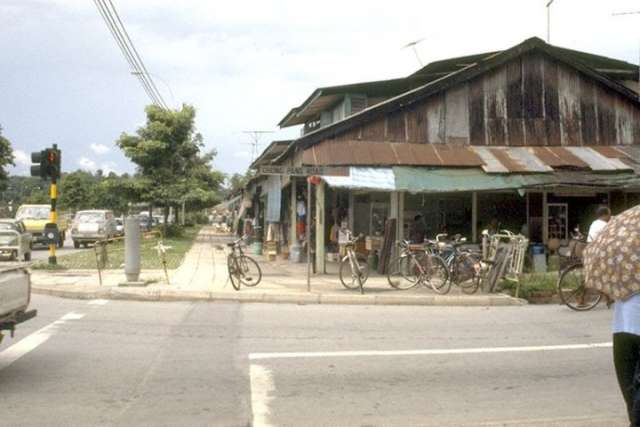 In the sixties, the government also built clinics and an outpatient dispensary at Chong Pang Village, serving the medical needs of its residents. These were added to the already existing community centre, cinema and schools, helping Chong Pang Village to rapidly evolve into a self-sustaining residential nucleus.

The withdrawal of British forces in 1971 greatly affected the businesses at Chong Pang Village. The conversion of the naval base into Sembawang Shipyard also left many jobless, particularly the Indian workers. Many returned to India, leading to the dwindling of Chong Pang Village’s Indian population. 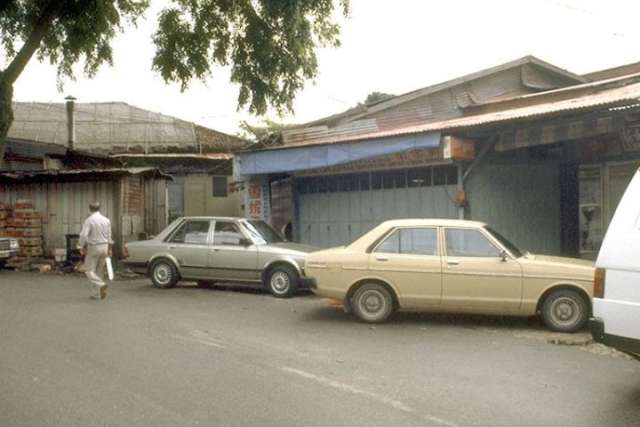 By the mid-eighties, the residents of Chong Pang Village had received notifications of new redevelopment plans for the lands they had lived for generations. Chong Pang Village was eventually demolished in early 1989. In its place today is the new town of Sembawang.

When the Chong Pang City of Yishun was completed in 1984, numerous residents and shopkeepers of the old Chong Pang Village made the crossover to the new Chong Pang housing estate for a fresh start in life.

A pictorial gallery of Chong Pang Village in the eighties: 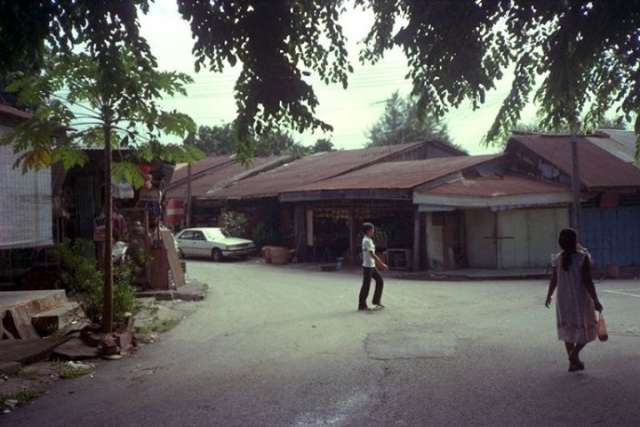 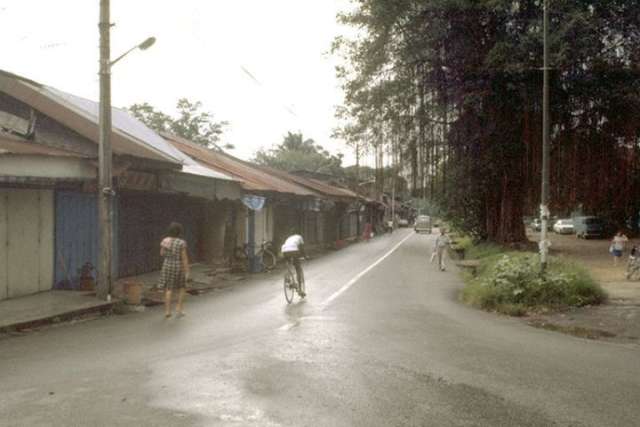 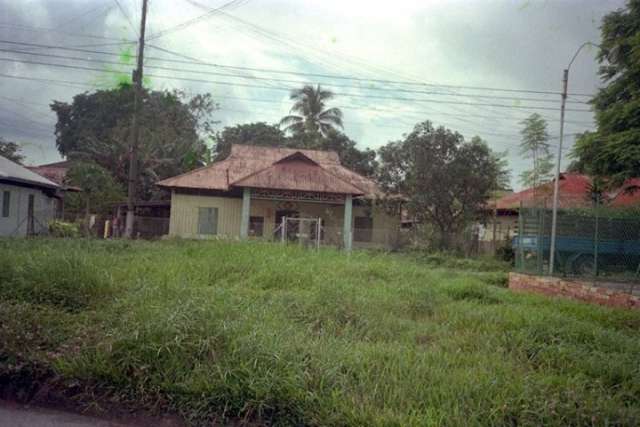 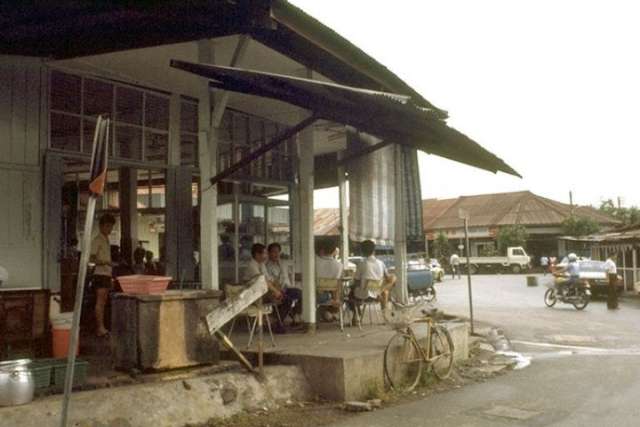 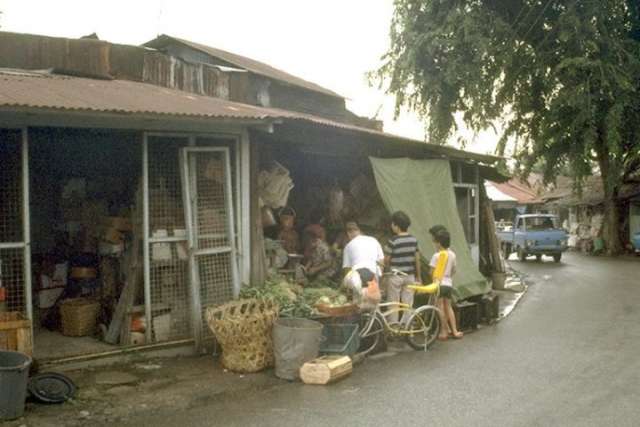 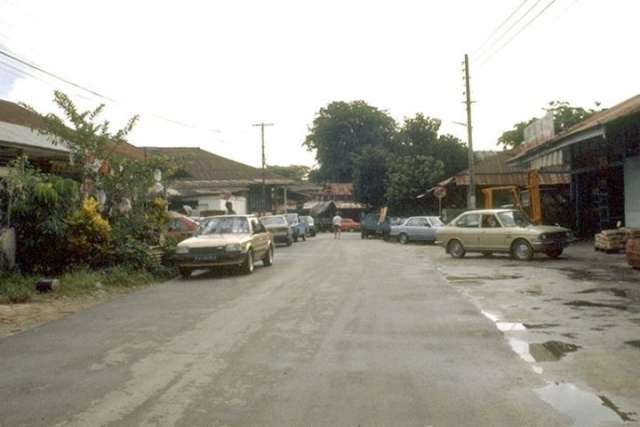 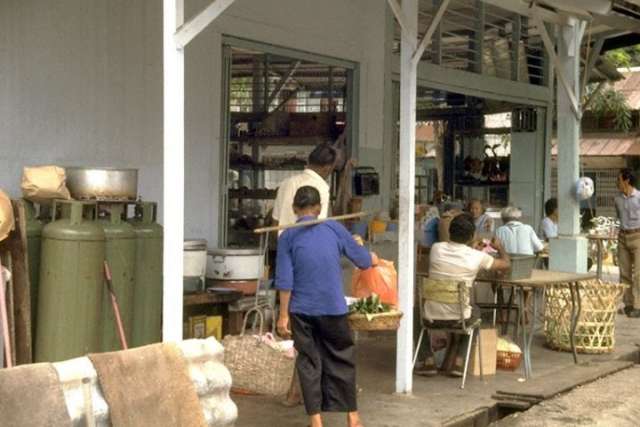 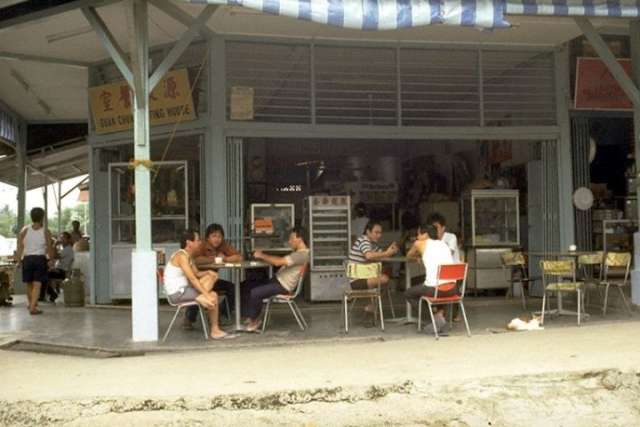 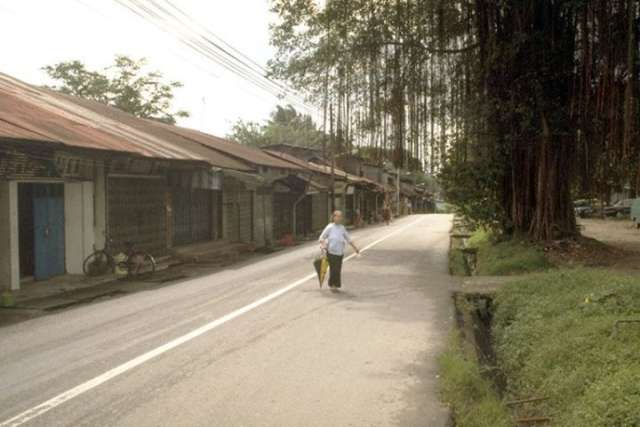 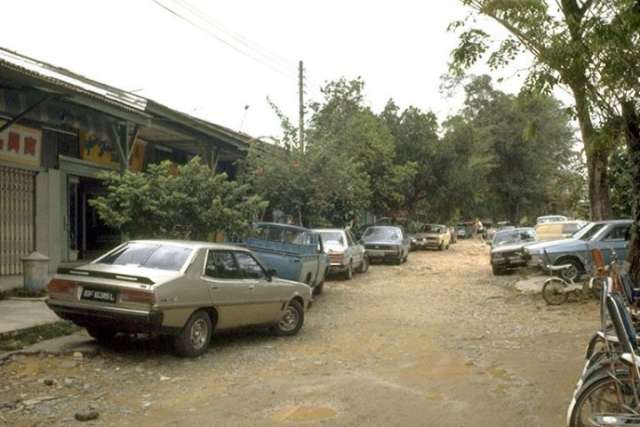 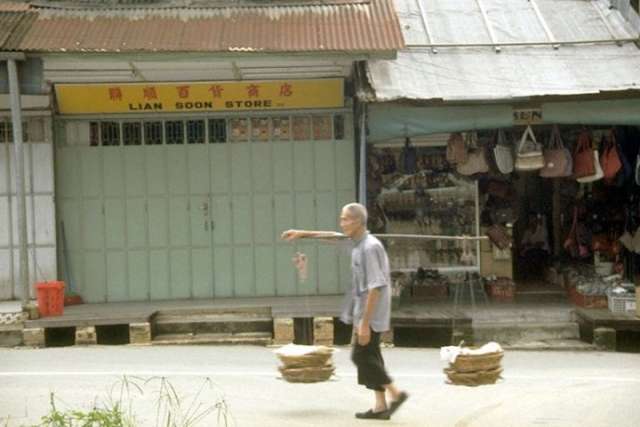 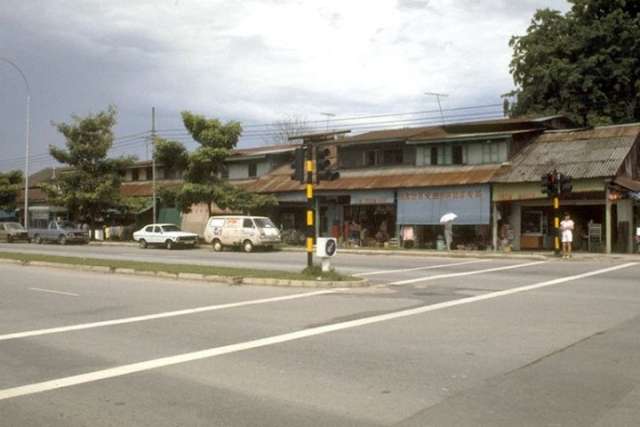 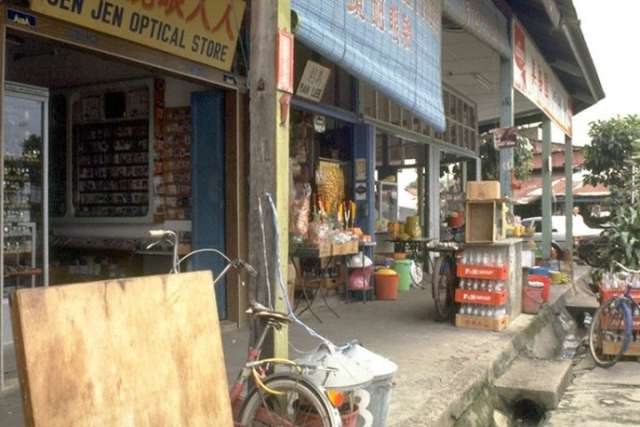 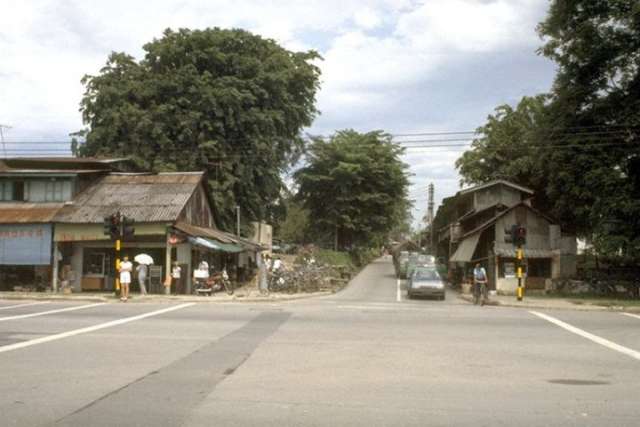 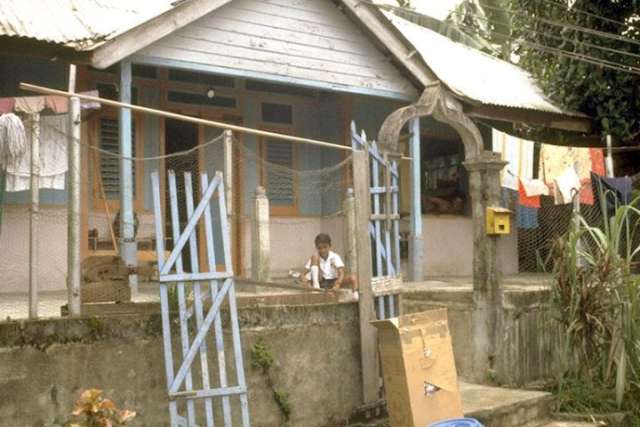 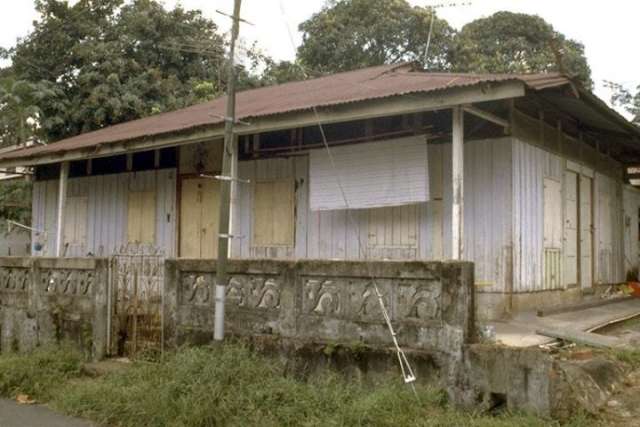 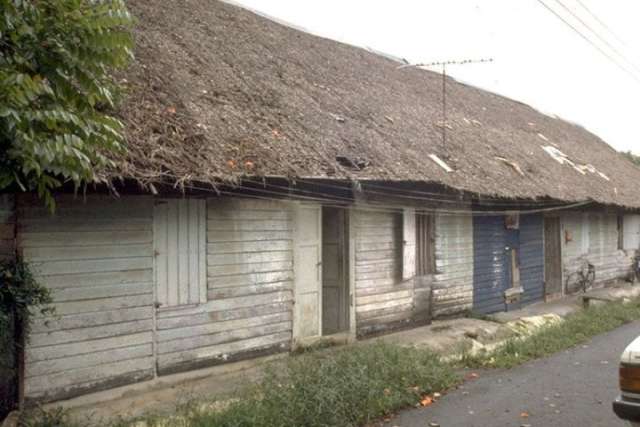 (All photos above are credited to National Archives of Singapore)