Posted on August 6, 2021 by Remember Singapore

A small village called Kampong Lew Lian, made up of dozens of attap and wooden shacks, existed at the edge of the cemetery. There were also several funeral parlours, small temples and clan associations around the cemetery. One of the prominent ones was Nanyang Neo Clan Association, who had their clan temple built at Kampong Lorong Lew Lian in 1928.

In 1974, Nanyang Neo Clan Association moved to Kovan Road after the lands of Kampong Lew Lian were acquired by the Housing and Development Board (HDB) for public housing development.

Off Upper Serangoon Road, a dirt track of the same name led to Kampong Lew Lian. It lied right behind the former Paya Lebar Police Station. Built in the 1930s, its colonial office and quarter buildings were demolished and gave way in 2017 to a new condominium named Forest Woods.

Despite its close proximity to the police station, Kampong Lew Lian appeared in the wrong headlines in the fifties after a couple of high profile murder and armed robbery cases.

A larger Paya Lebar Village was located on the opposite side of Kampong Lew Lian, divided by Paya Lebar Road. After the war, Kampong Lew Lian enjoyed a peaceful period of 20 years, but several development projects were slowly inching towards it. By the late sixties and early seventies, the private residential estates of Barley Rise Estate and Wonder Grove had been built a short distance away from the kampong and cemetery.

There was also a row of shophouses built at Lorong Lew Lian. It was made up of shops, eateries and a well-known beauty parlour with a vintage signage hanged at the entrance of its doorway. Together with the police station, the shophouses were torn down in 2017 and replaced by the new Forest Woods condominium. 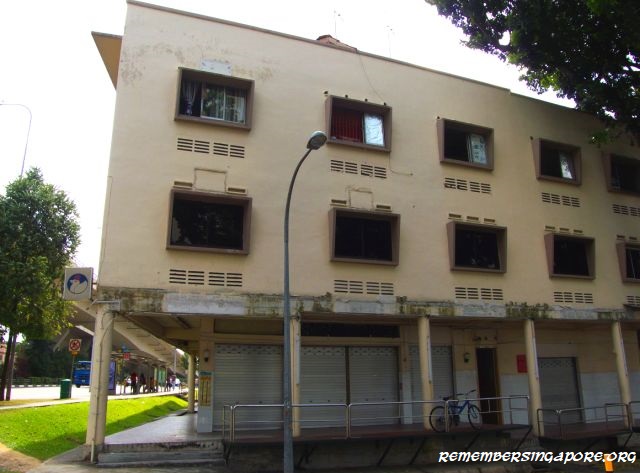 The end of Kampong Lew Lian eventually came in the mid-seventies, when the Housing and Development Board (HDB) decided to build a housing estate at Lorong Lew Lian. It would be the first HDB estate in the vicinity, and the only HDB estate in the former Paya Lebar constituency in the seventies.

The construction of the Lorong Lew Lian flats began in February 1976, with almost 1,000 units and shops housed in eight HDB blocks, numbered 1 to 8. The blocks were completed one-and-a-half year later, and a balloting ceremony was officiated by Tan Cheng San, the Member of Parliament (MP) for Paya Lebar, in June 1977. It was the 31st ballot for the sale of flats since HDB started the Home Ownership Scheme, in which the lower income groups were able to pay their homes through their savings in the Central Provident Fund (CPF).

The Lorong Lew Lian flats’ 99-year leases kicked off in May 1978. More than four decades have since passed. 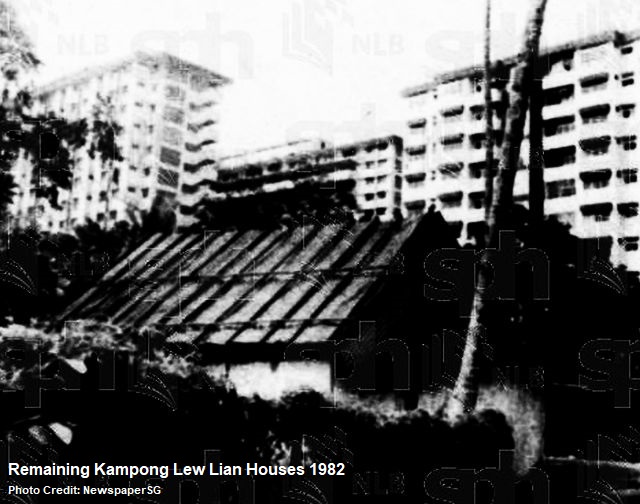 Aimed at making Lorong Lew Lian a self-sufficient estate, many public amenities were added shortly after the completion of the flats, including a kindergarten (in 1978), a community centre (between Block 2 and 3) and a public basketball court (also in 1978) to promote a healthy lifestyle for the youths.

Rows of shops at the first floors of the blocks provided convenience for the residents of Lorong Lew Lian, although many of them, at the start, still preferred to visit the nearby Lim Tua Tow Road market and shops for their daily purchase of groceries.

Today, one of the estate’s oldest shop tenants is Lim’s Dentist, whose appearance looks particularly nostalgic with its old-fashioned signage, gates, floor tiles and chairs.

The Chinese cemetery, on the other hand, was acquired in 1981 by HDB for further public housing development. The tombs were exhumed, with many of the remains transferred and interred at the Choa Chu Kang Cemetery.

By the late eighties, the cemetery was cleared and its site was used for the construction of another cluster of HDB flats, numbered 401 to 427. Completed in 1988, these flats were zoned under Serangoon Central. 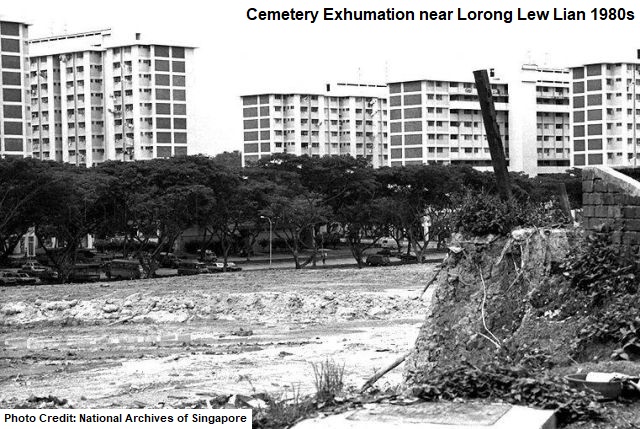 The Lorong Lew Lian flats underwent an upgrading exercise in 1994 and the housing estate became known as Lew Lian Gardens.

In November 1995, the national campaign of Clean and Green Week was launched, and during one of the Tree Planting Day events, several species of durian trees were planted at Lorong Lew Lian. Former Prime Minister Goh Chok Tong and other ministers and MPs were invited to plant the durian saplings around the housing estate. 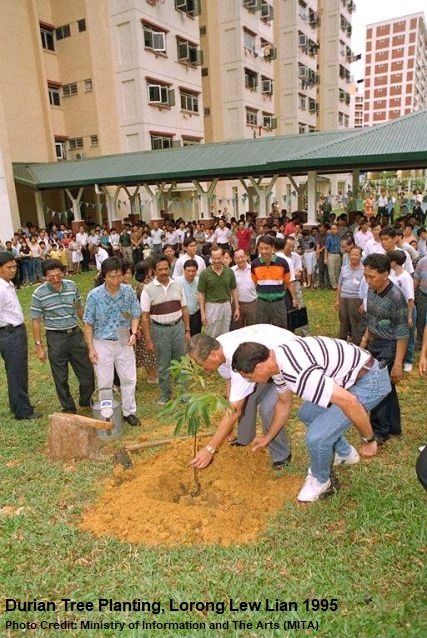 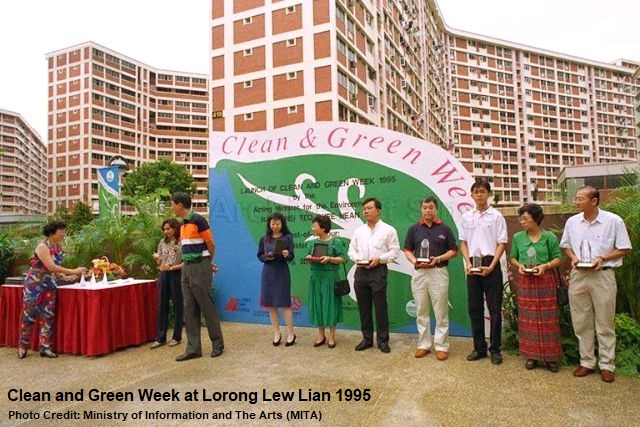 The planted durian trees have since grown tall and are still around today, reminding us of this neighbourhood’s unique name and heritage. 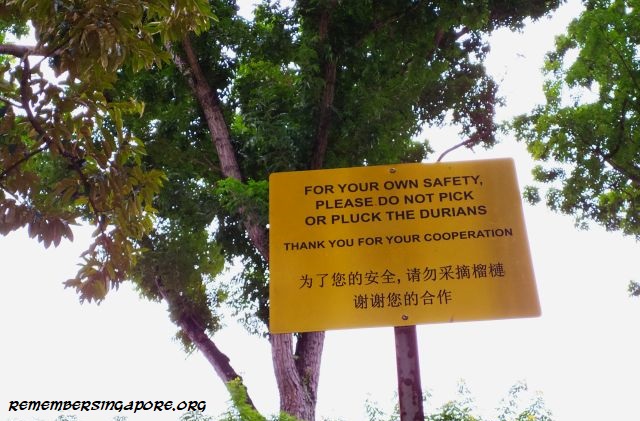