The Once Mysterious Bedok and Woodlands Flats

People have always been curious of vacant houses, including Housing and Development Board (HDB) flats. One or two empty units may be normal, but not for the entire block. Most of the vacant HDB blocks were usually due to the en-bloc scheme. After the residents had moved out, the blocks were left vacated for a period of time before they were demolished. Some were converted into foreign dormitories, such as the flats at Dover Road and Seletar West Farmway. Others were used for military training purposes. For example, the Boon Lay Drive flats were used as the Fighting in Built-Up Areas (FIBUA) for the Singapore Armed Forces (SAF) in the late eighties.

As for Block 611 of Bedok Reservoir Road, it was built in 1981. Unlike other new flats in the vicinity, it was mostly leased to expat teachers and engineers with their families. Under a government policy in the eighties to attract foreign professionals, a total of 2,860 housing units in several HDB blocks were leased to foreign expats. Such blocks were located at Tampines Street 32 (Block 325), Ang Mo Kio Avenue 4, Hougang Avenue 5, Jurong East Street 13 and 21, Taman Jurong and Teck Whye Lane.

By 1985, several of the expats’ households had moved out, and Block 611 was largely emptied by 1988. Drug addicts and glue sniffers began to use the empty block as their hideouts. Window louvers and pipe fittings were stolen, and the walls were vandalised with graffiti. The dark quiet corridors were explored by youngsters and thrill seekers at night. Hence, HDB put up wooden hoardings over the windows and staircases to prevent pilfering, vandalism and trespassing.

But the “abnormal” block invited gossips among the residents. As the future of Block 611 remained undecided, the HDB could not provide clear responses, which added more mysterious vibe to the block. Hence, ghost stories about Block 611 spread like wildfire, and many came to know the famous haunted Bedok block. Curious passersby, more thrill seeking youths, even reporters were attracted by the rumours to find out the story behind it.

Various stories emerged, such as dark shadows were seen darting along the corridors, and a vengeful spirit was lurking in the block. People swore that they saw flickering lights at certain floors, and some units lit up at night, even though they were supposed to be vacant. 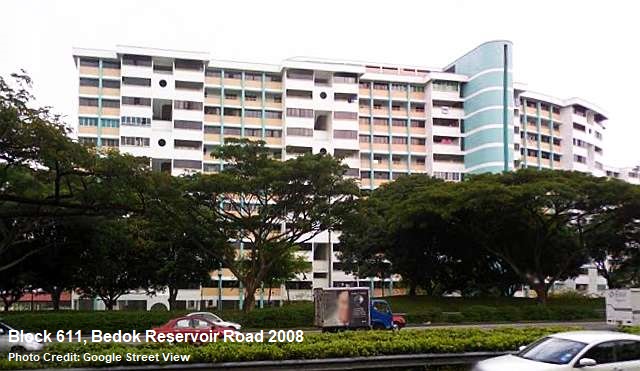 But the rumours eventually came to an end when, in 1989, the HDB decided to refurbish the four- and five-room flats of Block 611 and later put them up for resale to the public in the early nineties. This is why the 99-year lease for Bedok Block 611 begun in April 1993, more than a decade later than its neighbouring blocks, which have starting leases ranging from April 1981 and May 1982.

After the mysterious Bedok block was filled up with residents in the nineties, the rumours gradually faded away. Today it looks just like any other ordinary HDB flats, but many still remember this little fascinating piece of trivia of its past.

Another similar case was Block 852 at Woodlands Street 83. Built in late eighties, the block was emptied by the early 2000s. Likewise, it quickly developed into a hot topic of a haunting block, as people tried to find out the reasons behind its unusual vacant conditions.

In 2003, during the SARS outbreak in 2003, Block 852 was temporarily used as one of the quarantine facilities. After the outbreak, its three- and four-room units were converted into one- and two-room flats, and were available as rental flats. A tragedy occurred at Block 852 in 2009, when a mentally disturbed mother stabbed her teenage girl to death. This caused some disturbance in the neighbourhood which worsened Block 852’s reputation.

But as time passes, its history was slowly forgotten. Today, Block 852 has blended well into its neigbourhood and looks nothing out of extraordinary, after its recent refurbishing and repainting works. Beautiful wall murals and sculptures of the Chinese Zodiacs are added at its premises. It even has a small modern dragon playground installed in front of the block. 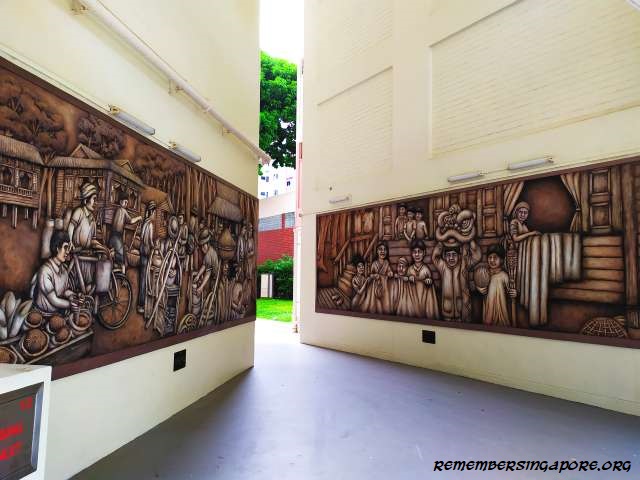 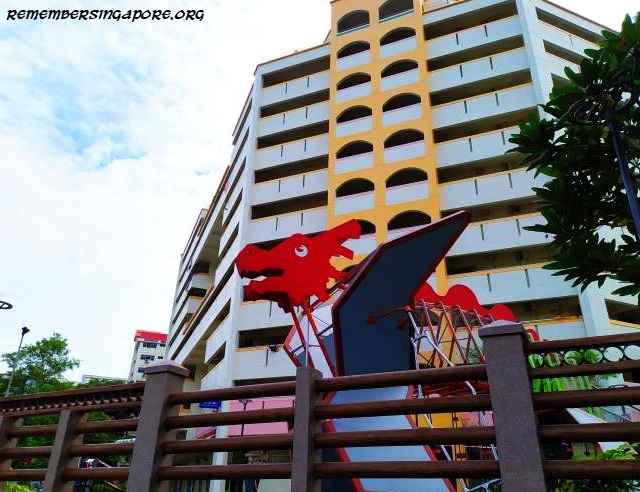 1 Response to The Once Mysterious Bedok and Woodlands Flats