In the early 20th century, the dragon kiln (龙窑) technology was brought in from China, where they had their origins way back to more than 2000 years ago during the Warring States era (475BC-221BC) . In 1944, Thow Kwang dragon kiln was built at a slope at Lorong Tawas, off Jalan Bahar. It is the oldest, and one of the remaining two, dragon kiln in Singapore. 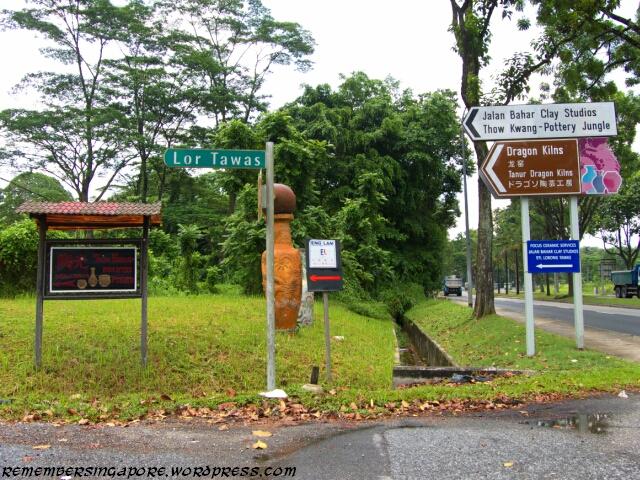 There were once three dragon kilns in Singapore, namely Sam Mui Kwang (三美光), Guan Huat (源发) and Thow Kwang (陶光). Sam Mui Kwang was formerly Hwi Yoh Dragon Kiln, located at Jalan Hwi Yoh, off Yio Chu Kang Road, and was operated by a Chua family. After the kiln was demolished in the mid-nineties, the family moved to nearby Jalan Kelulut to start Sam Mui Kwang Pottery.

Guan Huat Dragon Kiln was set up by Lee Yong Lee in 1958. At 43m long, 2.5m wide and 2.2m tall, it was the longest kiln in Singapore. Its business thrived in the seventies, but as the demand of pots, vases, cups, containers and other such wares slowed down, the dragon kiln eventually closed down by the late nineties. Thankfully, the Singapore Tourism Board (STB) financed the restoration of the kiln in 2003 and the site was refurbished as Jalan Bahar Clay Studio and the Dragon Kiln Village. 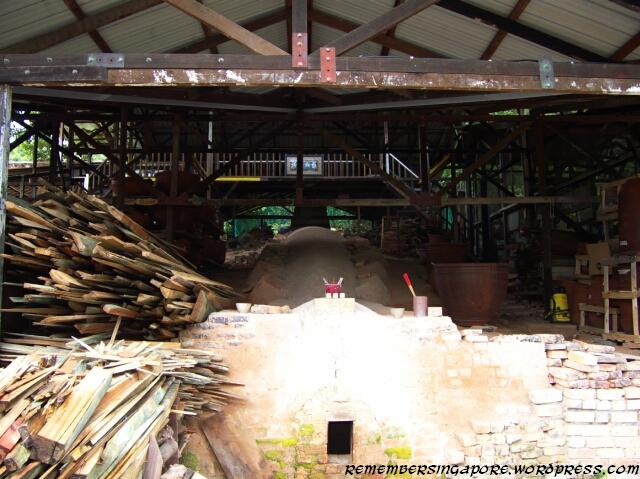 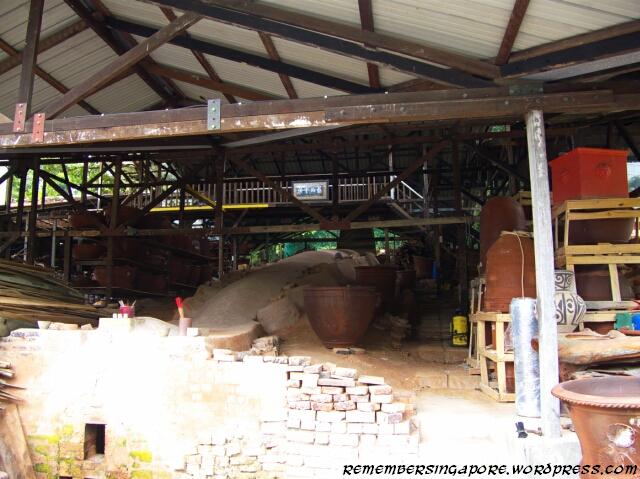 A dragon kiln, named after the Chinese mystical and auspicious animal, is built in such a way so that its “head” is situated at the bottom of a slope while its “tail” is at the top. This allows the smoke to escape at the highest point during the pottery firing at its fire bore, where temperatures can reach as high as 1,200 degree Celsius and the whole process takes up to 32 hours. Timber pieces are slotted into the sides of the dragon’s long body, known as the kiln house, for the firing. 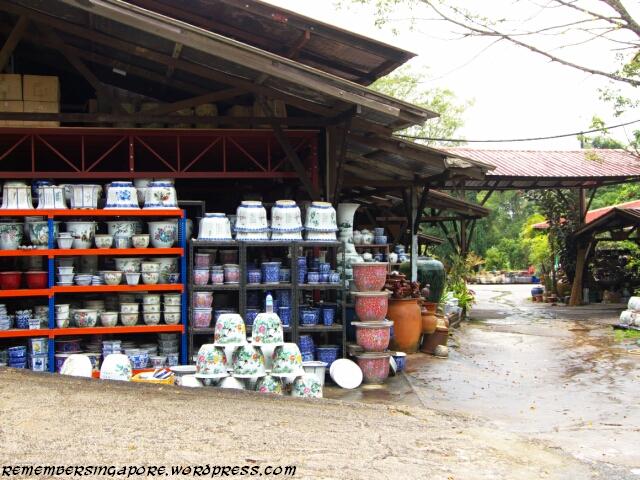 Today, with Thow Kwang Dragon Kiln facing the prospect of making way for an eco-friendly park, the National Heritage Board (NHB) is fighting against time to save the half-century-old dragon kilns.