Posted on June 1, 2014 by Remember Singapore

It is the “moth season” in Singapore recently, with hundreds, even thousands, of moths spotted all over the island. Known as the tropical swallowtail moths, they are the second largest species of moths found in Singapore, and are generally flying around in larger numbers between May and August. 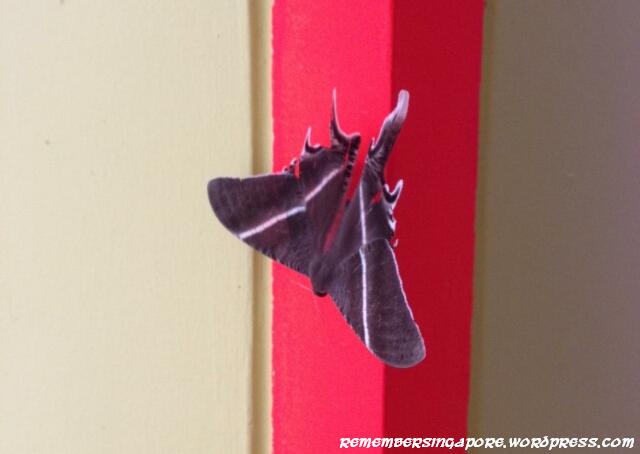 Many cultures around the world believe moths are the symbols of death. In Singapore, there is a popular belief that that moths are the spirits of the dead who have come back to visit their loved ones. Another local old wives’ tale of moths is that the powder that coat their wings can cause blindness, and kids are often warned not to disturb these winged insects. In reality, the “powdery” wings of the moths are made up of thousands of tiny modified hairs called scales.

Other than moths, there are dozens of old wives’ tales and taboos in Singapore. Some may sound illogical, while others are probably originated from superstitions and folklore. The purpose of this article is not ridicule but to explore this interesting aspect that has been part of our Singaporean culture for many generations.

How many of these have you heard of?

Possible Explanation: There are probably not many reported accidents of anyone hit by falling durians. But such accidents do happen every now and then. In 2001, a Malaysian newspapers reported that a 49-year-old man was knocked unconscious by a falling durian in a plantation. 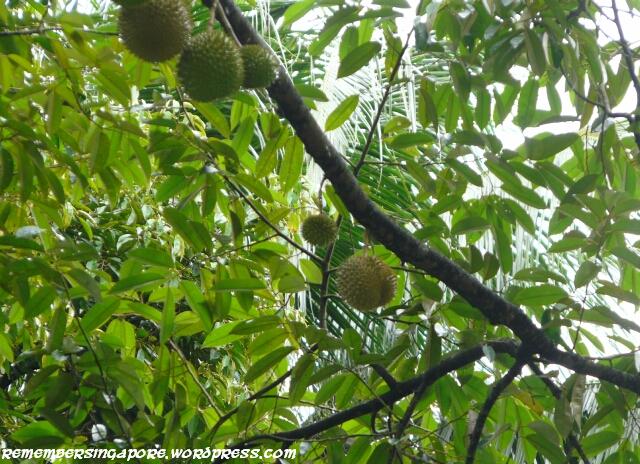 Old Wives’ Tale: Many Singaporean mums would prohibit their kids from cutting their fingernails at night. For the Malays, cutting nails at night may shorten one’s lifespan, while the Chinese believes the kids will develop a phobia of the dark.

Possible Explanation: As most kampongs had dim lighting, fingernail-cutting might be a little dangerous in the past, especially with scissors at night. You won’t want to accidentally cut your fingers instead, so it would probably be more advisable to cut the nails during daytime.

Old Wives’ Tale: A frightened house lizard’s tail will jump into your ears

Possible Explanation: House lizards are commonly found in homes. When feeling threatened, a lizard will drop its tail off. It is a defense mechanism known as autotomy. A new tail will be regenerated in a couple of weeks. However, the chances of the broken tail jumping into one’s ears are extremely low.

Old Wives’ Tale: Taking photographs of three people is a no-no. The one in the middle will die soon.

Possible Explanation: The origin of this taboo is undetermined. A similar old wives’ tale also exists: when walking in a group, three people should not walk side by side. Like the taboo mentioned, the one in the middle will suffer an early death.

Old Wives’ Tale: The smell of frangipani indicates the presence of a spirit nearby.

Possible Explanation: This originated from the Malay belief that a pontianak gives off a strong smell of frangipani when she is close to her victim.

Possible Explanation: In the old days, we often see the elderly spanking the bus leather seats vigorously before sitting. Many of them believed that the seats warmed by the previous commuters would give them piles. There is no such problem today, especially with the buses fully air-conditioned and fitted with new fabric seats.

Possible Explanation: Its origin is unknown, but this old wives’ tale is not unique in Singapore. It is a popular belief in many other countries, just that it exists in different variations. In medical explanation, the twitching of eyelids indicates the tiredness, stress or allergies of the eyes.

Old Wives’ Tale: Avoid swimming at night. The water spirits will make you drown and claim your soul.

Possible Explanation: In the past, the mothers would warn their kids to discourage them from playing at the rivers or longkangs (canals) after sunset.

Old Wives’ Tale: Finish all your rice, or else your future husband/wife will be mo peng (face scarred by pimples)

Possible Explanation: A good tactic used by the mothers to ensure their kids do not waste any food.

Pointing Finger at the Moon

Old Wives’ Tale: A warning from the elderly: “Don’t point your finger to the moon, or your ear will be cut“.

Possible Explanation: In many religions and beliefs, the moon is as much-respected as the sun. Probably that is why it is considered rude to point at the moon.

Old Wives’ Tale: It is unlucky to walk under the undergarments hanged at the rear of HDB flats.

Possible Explanation: This perhaps originated from another popular belief: If you wear a panty on your head (why will anyone do that?), you will get bad luck for 7 years. In any case, it is still not advisable to walk at the rear of HDB flats due to the chances of falling bamboo poles that are used for hanging clothes.

Old Wives’ Tale: You will get stye (commonly known as eye needle or ba zham in Hokkien) if you peep someone bathing. In the fifties, people used to use a few grain of rice to rub their affected eyes as the cure for stye.

Possible Explanation: Peeping at someone bathing is immoral and illegal. In medical explanation, stye is caused by the bacterial infection of the skin around the eye, and probably has nothing to do with peeping.

Old Wives’ Tale: Use your fist to knock against the bottom of your jaws gently if you are hit on the head.

Possible Explanation: Perhaps in doing so, it may have a psychological effect in soothing the pain. Just like hopping on the spot after being hit on the groin.

Old Wives’ Tale: Mumble “excuse me” when peeing near a tree.

Possible Explanation: In the olden days when there were more jungles and plantations than public toilets, people often had to answer their nature’s calls by the trees, but they were afraid of offending the tree spirits. This practice is still common among the NS personnel today, especially during the jungle trainings. In any case, it is good to respect the nature too.

Old Wives’ Tale: Always knock on the door before you enter your hotel room or any other empty rooms.

Possible Explanation: It is to warn any spirits or other unknowns lurking in the room beforehand, and hope they will not disturb the one who is going to stay in that room.

Possible Explanation: The Chinese, especially the Cantonese, believe that nailing during pregnancy will cause deformities to the unborn baby. In fact, drilling and shifting of furniture should also be avoided.

Old Wives’ Tale: Write the Chinese character of “tiger” (虎), preferably by an adult born in the year of Tiger, onto the swollen cheeks of the child who is suffering from mumps.

Possible Explanation: Mumps are commonly known as the “swelled face” (猪头皮) in Chinese. Pigs, naturally, are afraid of tigers, and therefore in the olden days, this was a popular folk remedy when professional medical assistance was not easily available.

Old Wives’ Tale: When his/her baby tooth dislodges, the child must stand up straight and throw the fallen tooth out of the window, so that the new replacement tooth can grow well.

Old Wives’ Tale: Giving clock to others, especially the elderly, is strictly prohibited

Possible Explanation: Giving a clock as gift, to the Chinese, sounds like providing a burial to the parents (送终). Which is why the elderly are particularly pantang (superstitious) about this. 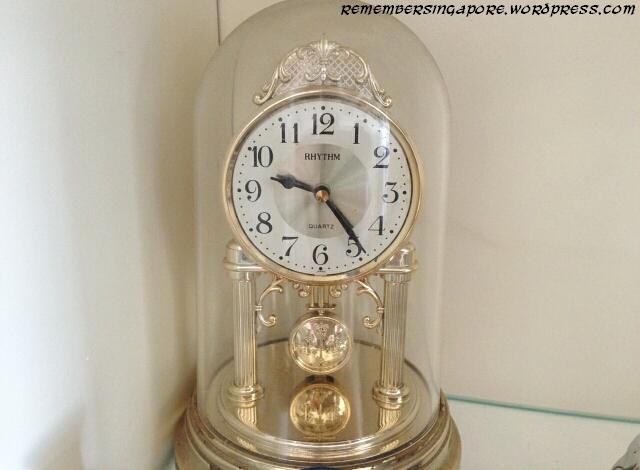 Old Wives’ Tale: If you suddenly sneeze, or have an itchy ear, or accidentally bite your tongue, it means someone is talking bad of you, or gossiping about you

Old Wives’ Tale: Opening an umbrella inside the house may attract a ghost (Chinese beliefs), or a snake will appear from the inner center of the umbrella (Malay beliefs).

Possible Explanation: This is not unique to the local Chinese and Malays. The Egyptians also believe opening an umbrella indoors will bring bad luck. Anyway, few will do it unless it rains inside the house.

Old Wives’ Tale: If a person chokes while eating, knock a pair of chopsticks (upright) against an empty bowl held slightly above his head.

Possible Explanation: This old wives’ tale seems to have originated from Hong Kong, where the Cantonese believe in doing so, it will clear the windpipe and ease the choking.

7 Responses to Moths, Durians and Other Local Old Wives’ Tales