Posted on October 13, 2019 by Remember Singapore

The name Seah Im, to many Singaporeans, may ring a bell when they think of that popular hawker centre opposite of Harbourfront that serves delicious duck porridge, nasi goreng ayam and curry rice. It is Seah Im Road, however, a short road located off Telok Blangah Road, that gives the hawker centre its name. 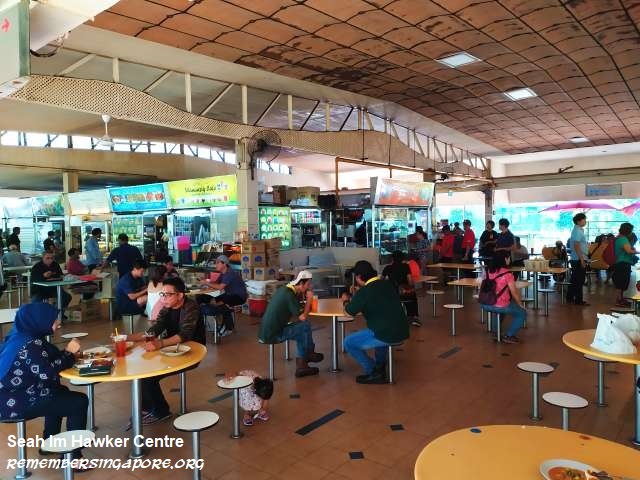 Seah Im Road began as a private road in the early 20th century. It was built at the request of Ang Seah Im (undetermined-1927), a wealthy Hokkien tin mining businessman who had many properties at Telok Blangah. In 1907, the Municipal Commission agreed to name it Seah Im Road, after Ang Seah Im met the requirements of installing lighting, fences and embankments on his new private road.

One of the early notable landmarks at Seah Im Road was the Keppel Harbour Community Centre, built by the Social Affairs Ministry in 1957 at a cost of $40,000. The People’s Association took over and manage it in 1960. The community centre served the Telok Blangah residents well for more than two decades until the early eighties. 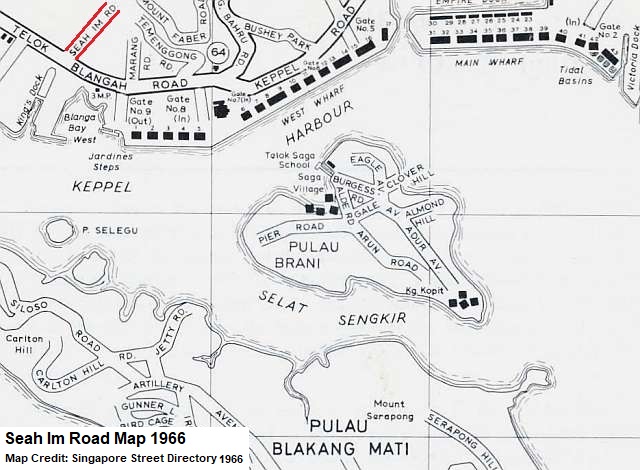 Low-rise blocks of staff quarters and a pre-war colonial bungalow also once stood at Seah Im Road, managed by the Port of Singapore Authority (PSA) in the seventies.

On the opposite side of Telok Blangah Road were known as Seah Im, made up of rows of godowns and warehouses, and Jardine Steps, a docking place for boats plying between the mainland and Pulau Belakang Mati (present-day Sentosa). The facilities and dock later made way for the development of World Trade Centre, Maritime Square and Harbourfront Centre. 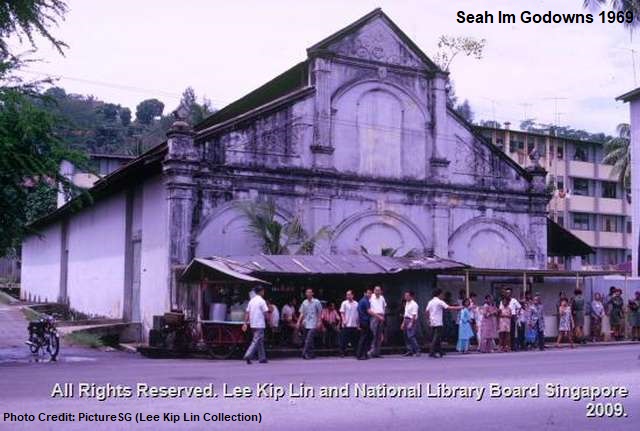 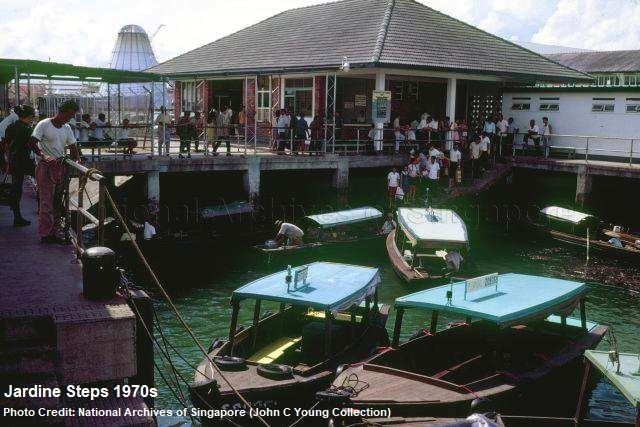 In 1974, a tower was built at Seah Im Road as part of the $5.8-million cable car system between Sentosa and Mount Faber. The 64m-tall Seah Im Road tower is one of the two towers – the other was at Pulau Selegu (the little island had since been absorbed into the larger Sentosa) – supporting the cable car system. The pair of towers cost $1.1 million in construction in the early seventies. 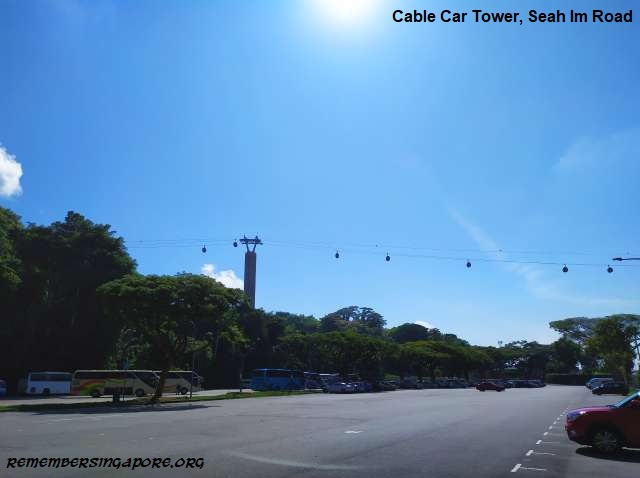 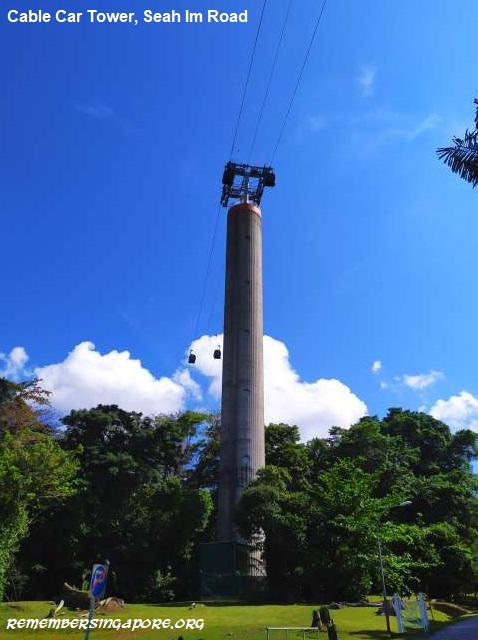 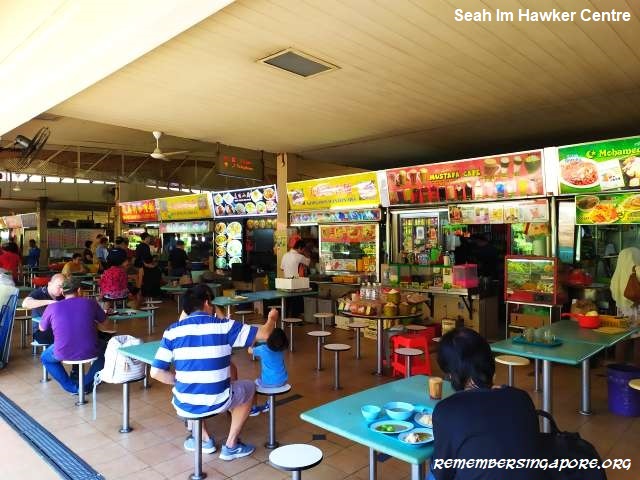 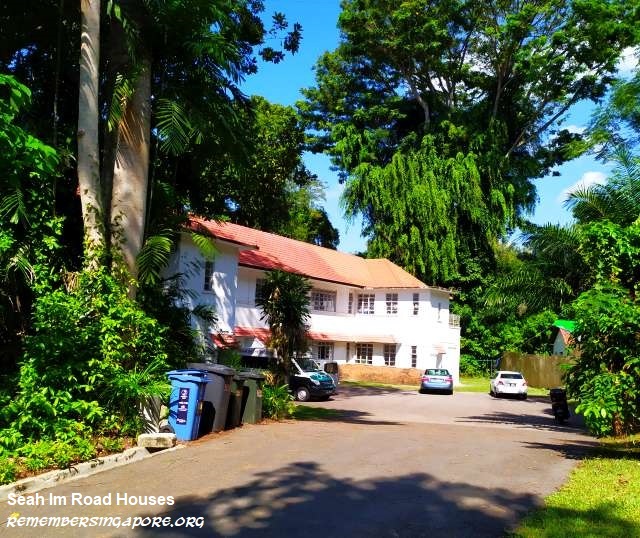 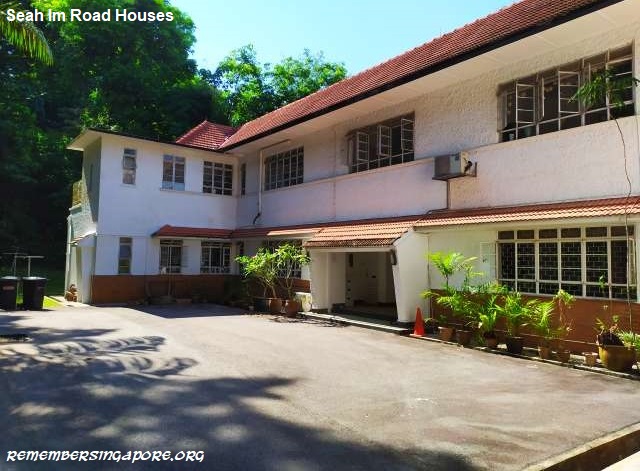 The mysterious Seah Im bunker entrance is hidden in thick vegetation about 20m just behind a heritage tree called Kapok Tree, standing on the fringe of Seah Im Carpark.

The tall sturdy tree – Kapok Trees are able to grow up to 40m tall – originates from tropical America and is, in fact, the national tree of Puerto Rico. From far, it is easily recognisable by its cream-coloured flowers during the flowering and fruiting stage. This particular Kapok Tree at Seah Im Carpark has been endorsed as one of Singapore’s heritage trees since 2005. 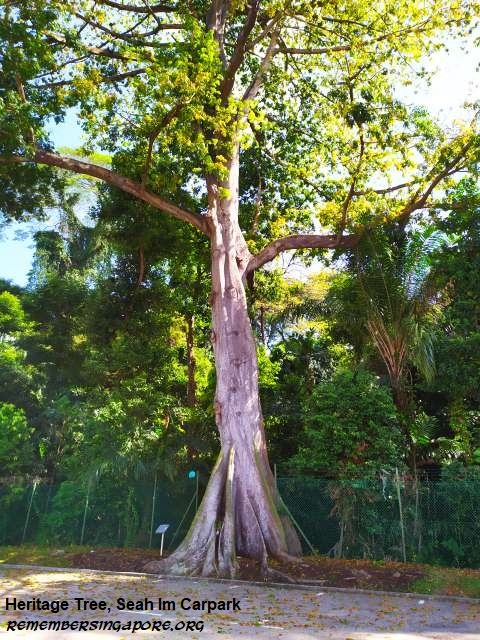 The name of Kapok Tree is derived from kapok which, in Malay, refers to the white fibre that surrounds the seeds inside its large hanging fruits. The fruits, or seedpods, split open when ripe, releasing tiny black seeds with kapok that are scattered and carried away by the winds.

Kapok is useful for its softness, good water-resistance and buoyancy. It is often used for a stuffing material for life jackets, pillows and mattresses. 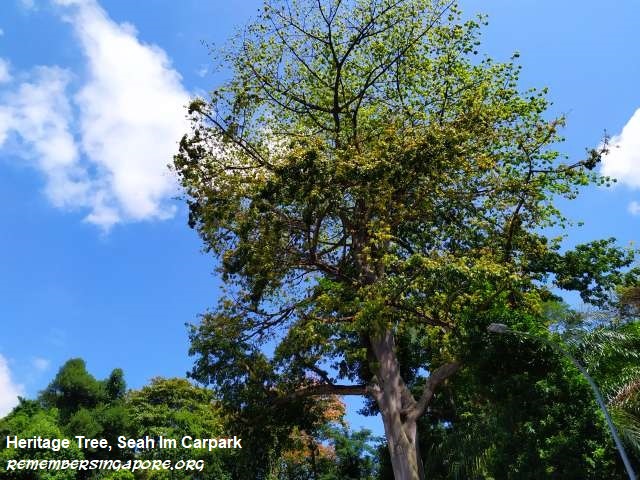 The 1m-tall Seah Im bunker lies on the forested slope of Mount Faber. Its brick entrance leads to an elongated tunnel, about 2.5m tall on the inside and was designed with small ventilation holes along its walls.

Little information is known of the bunker. It was likely to be built just before the Second World War, and might be used for imprisonment of the prisoners-of-war (POWs), or as a storage place for wartime equipment and ammunition. Over the decades, it became covered by thick vegetation and its existence gradually forgotten. 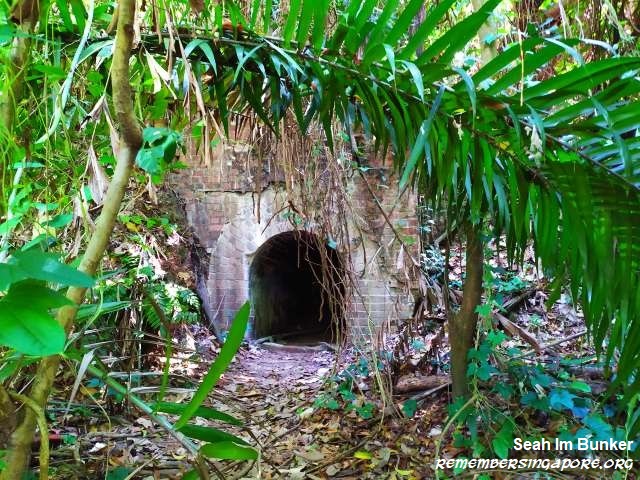 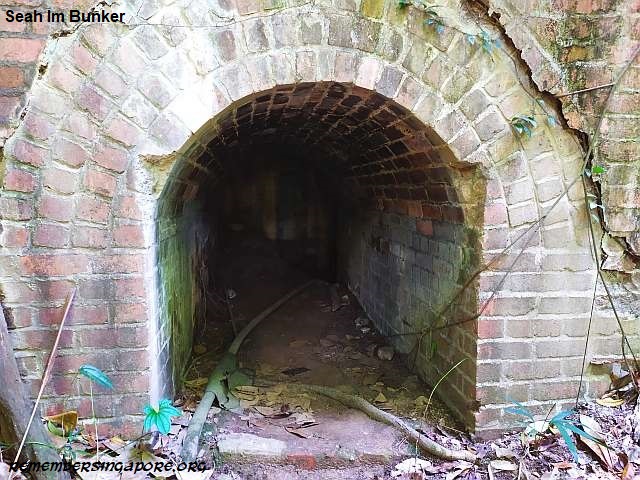 There are several surviving WWII tunnels and bunkers in Singapore. Labrador Park, Fort Canning, Alexandra Hospital, Sentosa’s Fort Serapong and the Marsiling Tunnels are some of the examples.

As for the Telok Blangah vicinity, it has a number of lesser-known heritage sites that have caught the attention of heritage enthusiasts and media in recent years. Other than Seah Im bunker, the sites are the abandoned Keppel Hill Reservoir, a mysterious Japanese tomb and the old Marang Road graves. 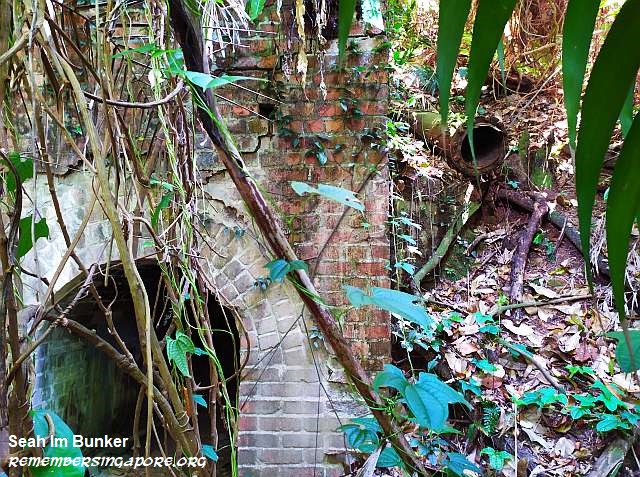