Located on top of Pearl’s Hill, the Pearl Bank Apartments was built in 1976, and designed by local architect Tan Cheng Siong in a unique horseshoe shape when viewed from the above. At 113m tall, the building offered its residents a breathtaking panoramic view of the Outram and city areas. There was a total of 288 residential units and 4 shops (at ground floor) in the 41-storey Pearl Bank Apartments, which also had amenities such as clubhouse, kindergarten, gymnasium, multi-purpose hall and a multi-storey carpark.

When completed, the Pearl Bank Apartments scored a number of records in Singapore. It was the first residential development built on a designated Urban Redevelopment Authority (URA) land instead of a Housing and Development Board (HDB) one. It was the tallest apartment block not only in Singapore, but in the entire Southeast Asia. With almost 2,000 residents living in 288 units, Pearl Bank Apartments also represented the one of the highest urban density for a residential building in Singapore.

The name Pearl Bank was not original to the apartment tower. There was a former primary school in the Outram vicinity called Pearl Bank School. It was one of the three schools – the other two were Park Road School and Pearl’s Hill School – located beside Pearl’s Hill Park.

Both Pearl Bank School and Park Road School, located side by side, were formerly known as Sepoy Lines School 1 and Sepoy Lines School 2, before they were renamed in 1954. They later merged to become Pearl Park Primary School. In 1995, they merged again, with Pearl’s Hill School, but were eventually closed in 2001 due to dwindling student population.

With bold, geometric lines in simple structural designs, often made up of exposed concrete or brick facades, the Brutalist architecture, or Brutalism, became popular in the fifties and sixties, and was largely used as the architectural style for many institutional buildings around the world.

In Singapore, Pearl Bank Apartments, together with Golden Mile Complex and People’s Park Complex, represented the finest examples of the post-independence modernist buildings that were built during Singapore’s urban renewal periods in the seventies. The trio was also the first large-scale public-private and mixed-use buildings entirely designed by Singaporean architects. 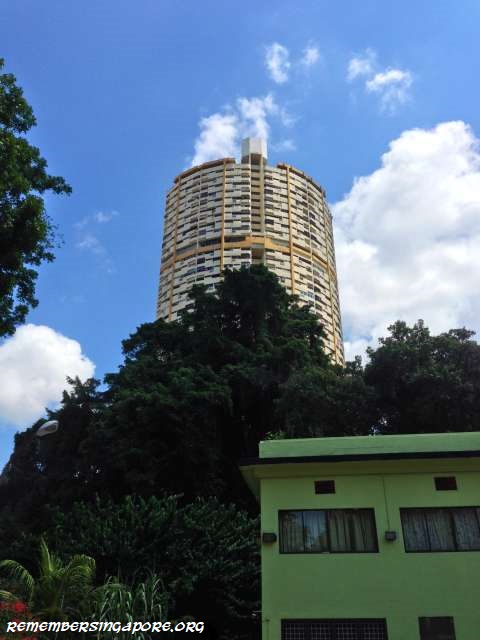 The Pearl Bank Apartments’ residential units were aggressively marketed through different means in the early seventies. For example, a two-bedroom split-level unit was offered by its developer Hock Send Enterprise in 1972 as the first prize for the National Sports Promotion Board’s donation. In 1975, the almost-completed units were put up for sale at prices ranging between $130,000 and $180,000.

However, the completion schedule of Pearl Bank Apartments was almost one and a half year late. The delayed completion led to Hock Seng Enterprise’s downfall, as it went into receivership, burdened by the mounting debts due to many unsold units in a depressed residential property market in Singapore in the mid-seventies.

Hence, in 1978, the Housing and Urban Development Company (HUDC), the government’s middle-income housing development arm, moved in to buy 38 Pearl Bank Apartments units, making them available for HUDC applicants. URA also purchased eight penthouses in 1979, after which they were offered to interested civil servants and statutory board employees.

Due to inadequate servicing support from the developer, Pearl Bank Apartments had suffered from maintenance issues for years. Shortly after its completion, the building’s passenger and service lifts had failed in their operations. In 1978, seven of the nine lifts broke down, leaving only two working lifts for the entire block of residents. In 1986, a freak incident occurred as a metal chain plunged from heights and crashed through the roof of a stationary lift at the apartment block. Plasters from the walls started peeling off in the early nineties.

The Pearl Bank Apartments was put up for collective sale several times since 2007. The sale was successful for the fourth time, when it was eventually sold in February 2018 to CapitaLand for $728 million. In 2015, 90% of its residents applied for a conservation order for Pearl Bank Apartments, in order to declare it as a conservation site. The move, however, fell short of the 100% criteria set by URA.

The eventual demolition of Pearl Bank Apartments will bring along with it a vital piece of Singapore’s architectural history. In its place, nevertheless, will be a new cylindrical-shaped One Pearl Bank that hopefully can continue the Pearl Bank legacy for another 40 years. 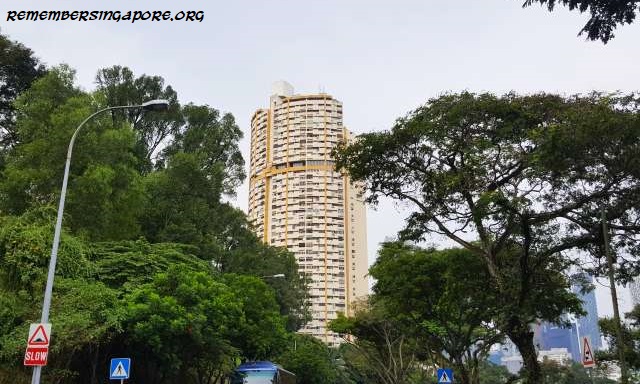 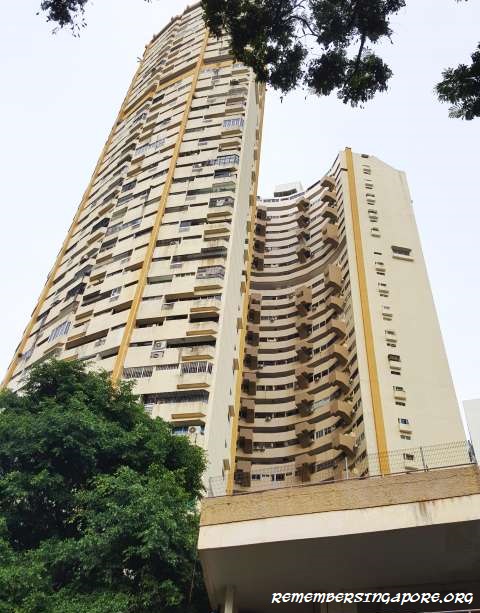