Gunung Pulai and its Links to Singapore

“In May 2018, we went on a hiking trip at Johor’s Gunung Pulai, which is only less than 100km from Singapore. The place was in the news early this year when a Singaporean couple got lost in the mountainous area for several days before being rescued.

But the 650m tall mountain has much more to do with Singapore in history.

When the British developed the water supply scheme for Johor Bahru and Singapore in the early 20th century, Gunung Pulai was one of the suitable choices due to its large water catchment area. However, during the construction of the reservoir and dam in 1924, there were widespread rumours of children being kidnapped for their skulls to strengthen the infrastructure foundations. This caused some chaos in the society, leading to public unrest. 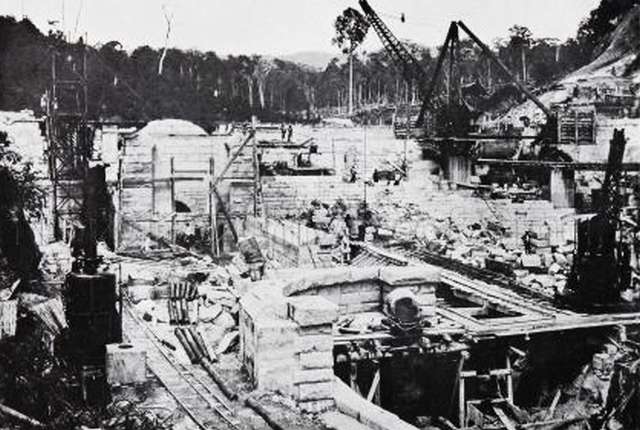 In 1927, an agreement was established between Johor’s Sultan Ibrahim and Singapore’s municipal commissioners to lease the Gunung Pulai catchment area for the supply of raw water to Singapore. Two years later, in 1929, the Sultan Ibrahim Reservoir at Gunung Pulai was completed and officially opened by Hugh Clifford, the Governor of the Straits Settlements.

The 7km-long Jalan Sawah that leads to Gunung Pulai 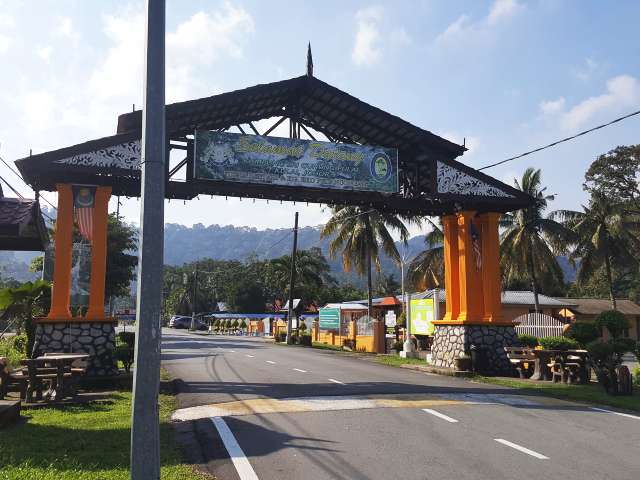 In the 1962 agreement, Singapore could pump, tap and use water from the Johor River, up to 1,135 million litres (300 million gallons) per day, for 99 years. There was also a supplementary agreement in 1990 to allow Singapore’s Public Utility Board (PUB) to operate the Linggiu Reservoir in Johor for the extraction of water supply.

According to the agreements, Singapore pays only 3c for every 3,785 litres (1,000 gallons) of untreated water, while Johor has to pay 50c for the same amount of treated water piped back from Singapore. However, the price Johor pays is only a third of the processing cost of untreated water.

In 1987, Singapore received 946 million litres of water from Johor everyday, although its actual daily consumption was only about 227 millions litres. 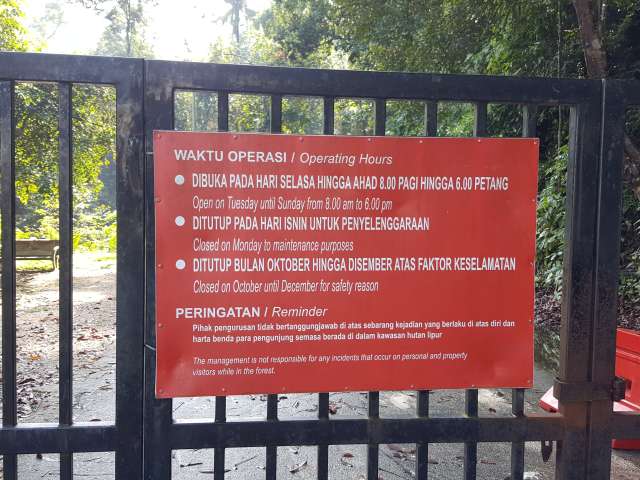 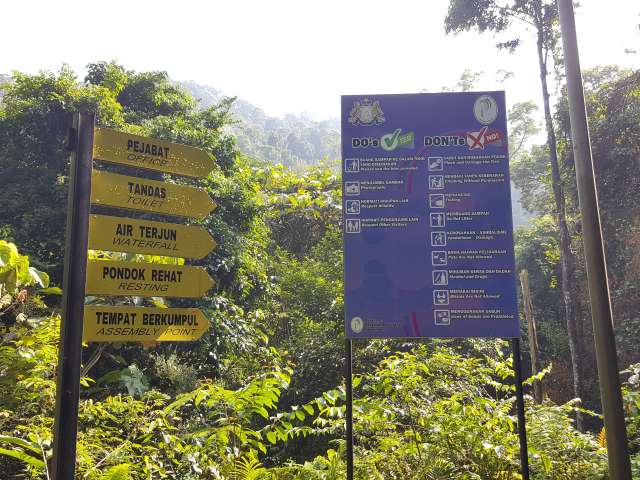 For years, the water agreements were often used as a topic by the Malaysia government to exert pressure on Singapore, either in reviewing the agreements or simply threatening to cut off the water supply. Several sensitive political incidents also led to public outcry, or protests by various Malaysian political factions.

For example, in 1986, the arrest of Tan Koon Swan, the President of Malaysian Chinese Association (MCA), for his criminal breach of trust in the Pan-El crisis led to the Chinese community in Malaysia to lobby for the review of the water supply to Singapore. Anti-Singapore sentiments were rife when Israeli President Chaim Herzog visited Singapore later that year. 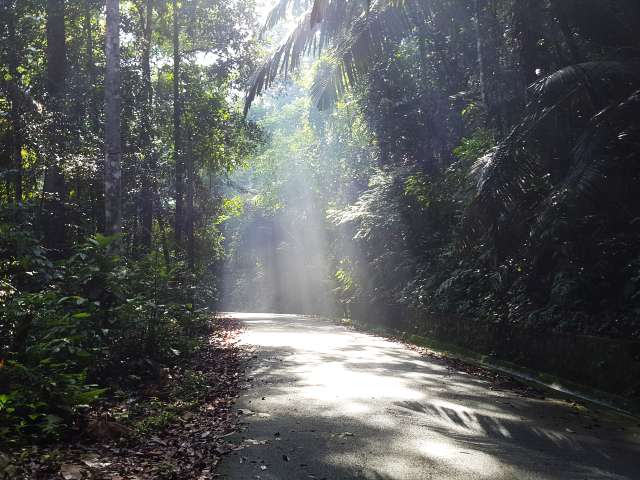 In 2011, the 50-year-old 1961 water agreement expired and that spelt the end of the century-long relationship between Gunung Pulai and Singapore, as Singapore returned the Gunung Pulai reservoir and its water treatment and filtration plants to the Johor government.

Singapore, according to the 1962 and 1990 agreement, continues to draw water from the Johor River and Linggiu Reservoir. In addition, it has expanded its total number of reservoirs to fifteen and established five Newater plants. By 2020, Singapore will also have four desalination plants ready.

One of the early explorations of the mountain chain occurred in 1870, by a British named Hugh Wylie, who gave his interesting account of Gunung Pulai’s dense forest, wild animals and torrent rains. His exploration team had to bash through thick vegetation, and there were no proper paths or tracks, unlike today where there is a small established village called Kampung Sri Gunung Pulai located just at the foot of the mountain.

Today, Gunung Pulai is a popular spot for hiking and trekking enthusiasts, who can make use of the 5km-long paved road or the more challenging forest trail to get to the summit. Gunung Pulai’s peak is currently out of bounds to the public, as it houses sensitive telecommunication facilities.

For beginners, it will take about 2 to 3 hours to reach the top, where they can have a breathtaking panoramic view of the vast surroundings of the mountain chain.“ 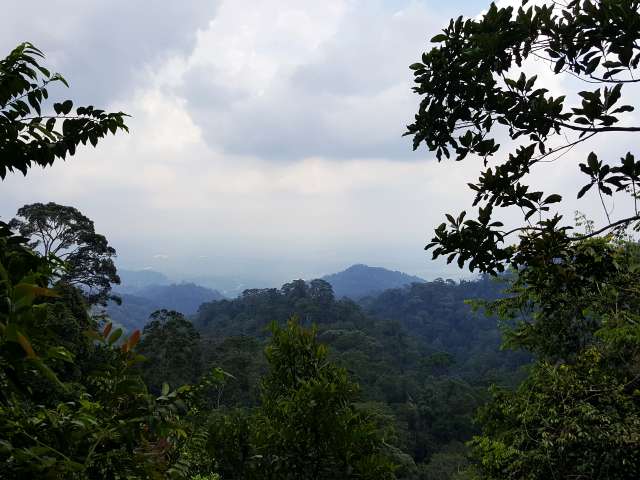 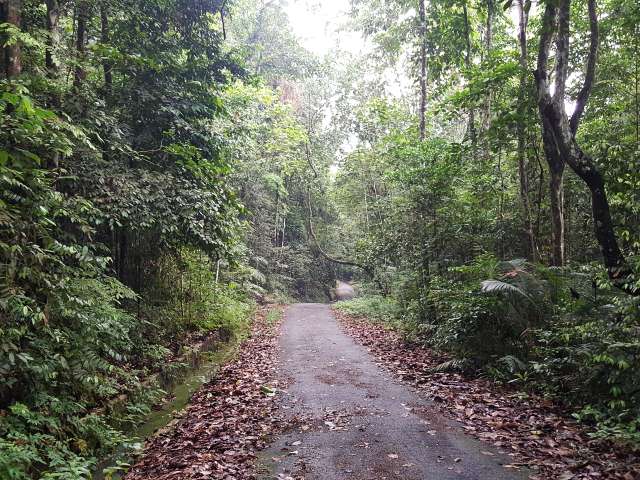 The long and winding paved road down the mountain

Some remnants of building structure along the way 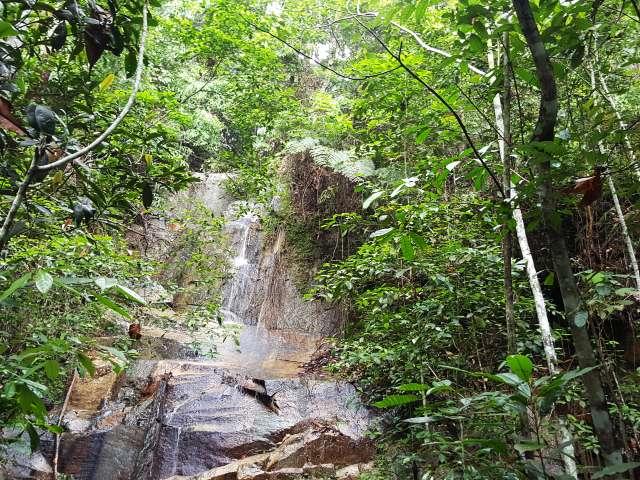 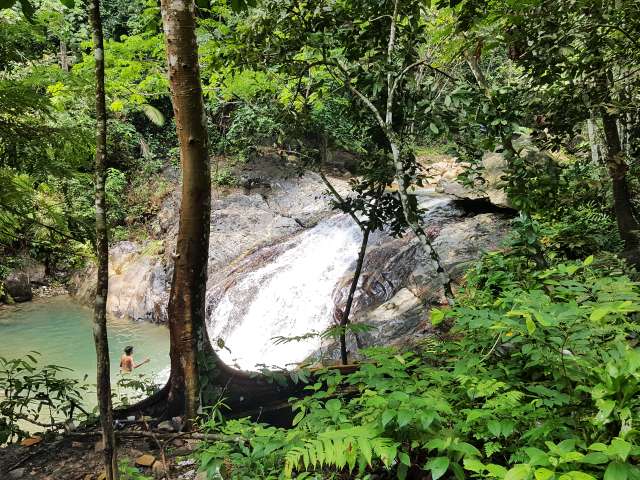 There are several small waterfalls at Gunung Pulai 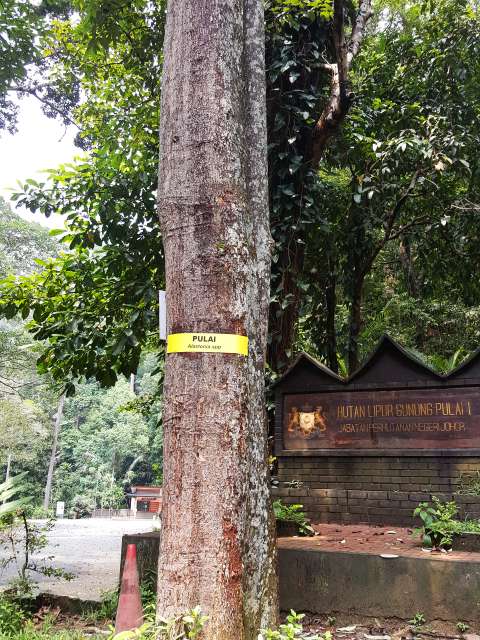 There are also Pulai trees in Singapore. A particular tall one, at a height of 40m, is found on Pulau Ubin and is classified as a heritage tree