It was a cooling Sunday morning, but I decided to wake up a little earlier to make a trip down to Tong Ah Eating House. It was the last day of operation for the 74-year-old iconic kopitiam located at the junction of Keong Saik Road and Teck Lim Road.

There was already a long queue of customers at the kopitiam, many of them regulars who wanted to salvage a last piece of memory of their favourite breakfast joint. Others probably wished to capture another glimpse of the place, which could be turned into a boutique hotel soon. The eye-catching triangular shaped building was apparently bought by a foreign investor in hotels for $8 million.

The Tanjong Pagar area has been a hot spot for private investors in recent years. Traditional shopowners are being squeezed out of business by the surging rental fees and property prices. Tong Ah Eating House, for example, has to pay a reported $8,000 per month for its rental. 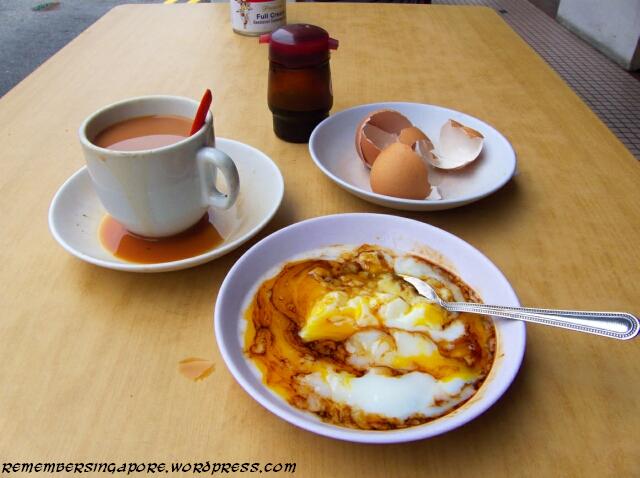 The number 1939 listed at the top of the facade of the building stated the year of its construction. It was also the same year Tong Ah Eating House was established by the great-grandfather of Tang Chew Fue, who took over from his father in 1999. Now, after four generations of family business, the 50-year-old owner had no choice but to bid farewell to a place filled with memories. The faithful customers could no longer enjoy a laid-back meal, or simply a cup of kopi, at the familiar five foot way.

For seven decades, the kopitiam had survived the Second World War and endured the triad-infested streets and red-light district of the sixties. But even so, it could not defeat the rising rental cost and flexing financial muscle of the big players. Other traditional kopitiams are facing the same challenges too, such as the 70-year-old Hua Bee coffee shop at Tiong Bahru and North Bridge Road’s Heap Seng Leong.

The only positive thing is that Tong Ah Eating House will be shifted to a nearby location at a refurbished shophouse along Keong Saik Road, but that old charming feel of the kopitiam will probably never be the same again.