The Colonial Bungalows and “Country” Roads at Sembawang

Posted on February 22, 2020 by Remember Singapore 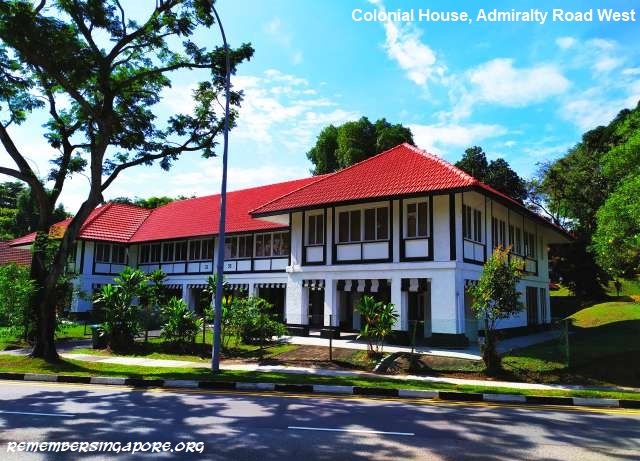 A reminder of Singapore’s colonial past, there are more than 400 colonial houses, or sometimes known as the black and white houses, still standing in different parts of Singapore.

One large cluster of Singapore’s colonial houses are located at the northern side, near Sembawang Shipyard. The others are distributed at Seletar and Portsdown vicinity as well as Adam Road, Chatsworth Road, Goodwood Hill, Malcom Road, Nassim Road, Ridout Road, Seton Close, Swiss Cottage Estate, Swettenham Road and Watten Estate. 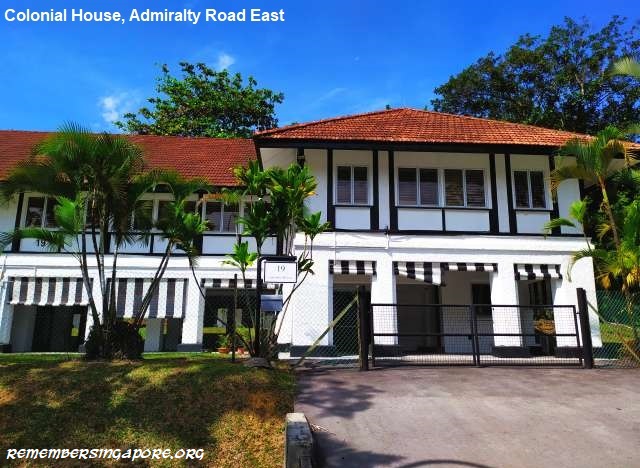 Built in the late 19th century, the famous Atbara House was one of the earliest black and white houses built in Singapore. The majority were constructed in the 1920s and 1930s by the Public Works Department (PWD) and Municipal Commission.

Most of the colonial houses are double-storey buildings; their designs were influenced by Tudor, Art Deco and Arts and Crafts architectural styles but have adopted certain local features such as high ceilings and stilts, for better ventilation in Singapore’s hot climate. Over the decades, several of the colonial houses were demolished due to their dilapidated conditions or to make way for new developments. 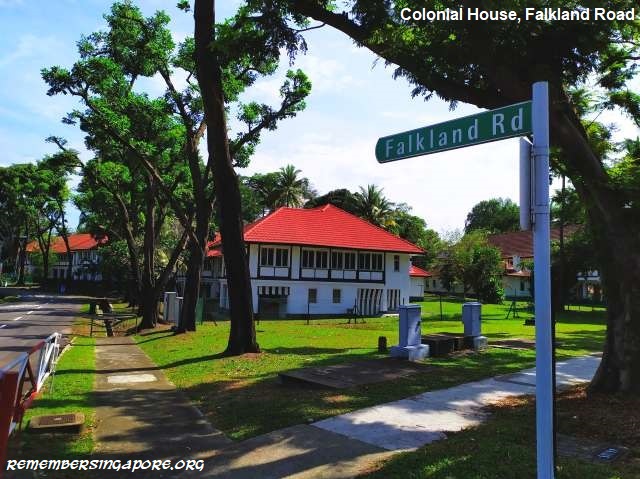 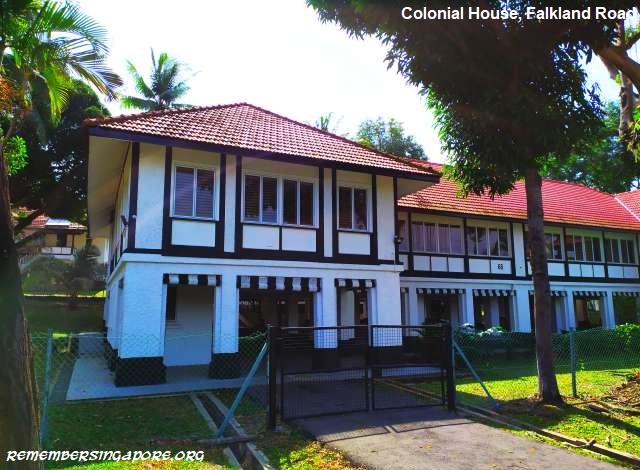 The “black and white” nickname arose from their distinguished black timber beams and whitewashed walls. Not all colonial houses are painted “black and white” though; the ones at Wellington Road retained their red-bricked appearance, looking more like tropical chalets or resorts.

Some larger colonial houses have car porches, gardens, and even servant quarters. Many of the buildings are made up of bricks and timbers. The ones that were built later have concrete ring beams with timber flooring and ceilings, with their roofs lined up with China tiles or Marseilles pattern terracotta tiles. 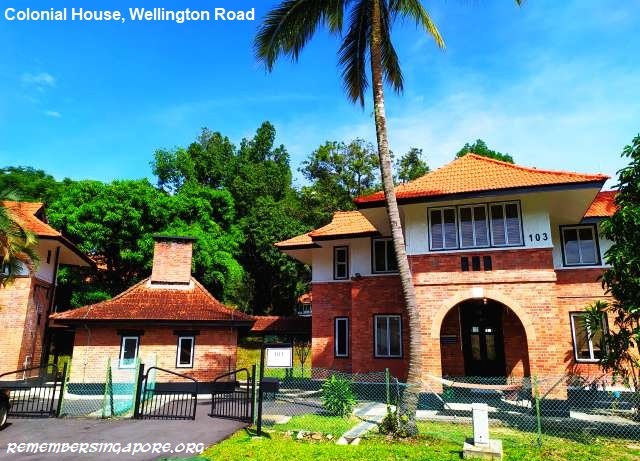 Plans of a new naval base were proposed after the First World War, for defending Britain’s assets in the East. Near the mouth of Sungei Sembawang, with its strategic location and deep waters, was deemed ideal for the docking of the new British battleships. However, objections from the public and new government of Britain blocked the plans and delayed the massive and expensive project.

In the end, donations from Singapore, Hong Kong, New Zealand and the Federated Malay States helped to fund the construction, and the naval base was eventually completed in 1938 just in time for preparation against Japanese aggression.

A railway and a long coastal road, named Naval Base Railway and Naval Base Road respectively, were constructed to transport raw materials from the ferry terminal and railway station at Woodlands. The railway had since been demolished, whereas Naval Base Road became known as Admiralty Road West in the sixties.

Admiralty Road West and Admiralty Road East are home to some of Sembawang’s colonial houses. The rest are distributed along the “country” roads, which were named after  the countries and cities from the Commonwealth of Nations. They are:

Delhi Road, Madras Road and Kowloon Road were expunged in the nineties to make way for the development of Sembawang HDB housing estate.

The colonial houses in Singapore were first made available for leasing by the public in 1963. Some of the houses, especially those located in the prime districts of 9, 10 and 11 came under the Finance Ministry, while the other suburban ones were in-charged by the Housing and Development Board (HDB) and Port of Singapore Authority (PSA).

The departure of the British, Australian and New Zealand troops in the seventies left behind even more vacant colonial semi-detached houses and bungalows. In 1978, these properties were also put up for lease.

Overall, 83 bungalows at Sembawang, Wessex Estate (Portsdown), Sussex Estate (Clementi), Llyod Leas Estate (Upper Changi Road) and Seletar Air Base were offered by HDB, with rents ranging from $175 to $560 per month. The rents depended on the houses’ floor sizes, their facilities and distances from the city areas.

By the mid-eighties, the rental fees had risen to $1,400 and above for those at Seletar, Sembawang and Changi. The colonial houses at Rochester Park and Nepal Park fetch ed about $2,700 a month, while the ones within the prime districts were asking for $4,000 to $9,000. 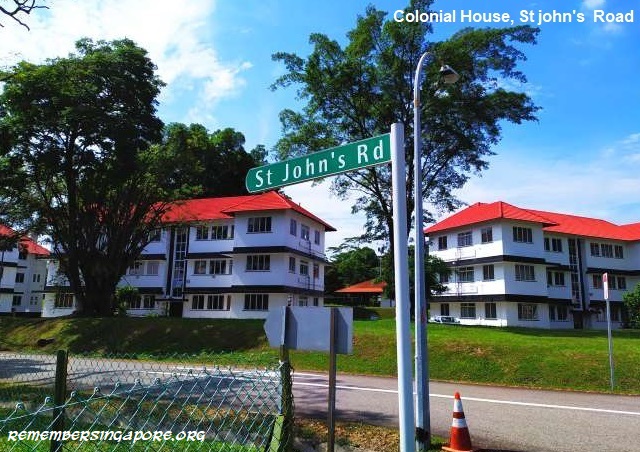 Rich in heritage, the colonial houses form an unique and exclusive type of residence among Singapore’s various types of housings that include HDB flats, shophouses, condominiums and private semi-detached and bungalows.