Somewhere near Bouna Vista lies a peaceful and greenery-filled neigbourhood known as Wessex Estate. The old colonial-styled estate houses a total of 26 white and black low-lying blocks that were built more than 50 years ago.

These distinctive colonial apartments used to be the homes of British soldiers and their families from the fifties to the early seventies.

Today, with the government keen in developing this area as a focus for arts and design, some of the buildings are leased out to local and foreign artists, architects and creative designers. 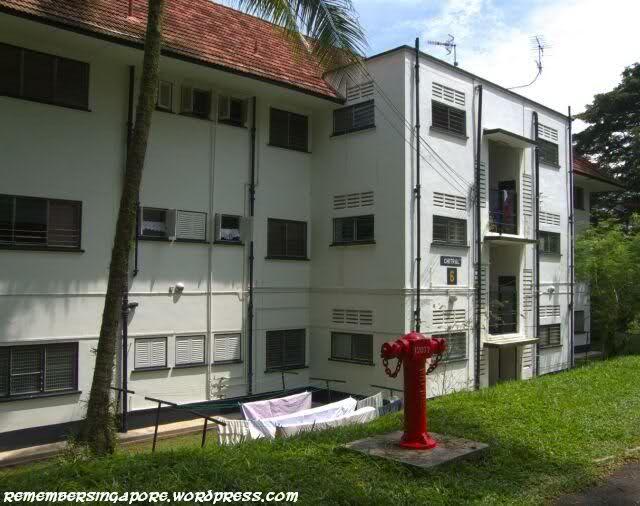 Opposite of Portsdown, separated by the Ayer Rajah Expressway (AYE), is another similar estate with many colonial houses, mostly for residential uses. The estate is situated beside the Hort Park. 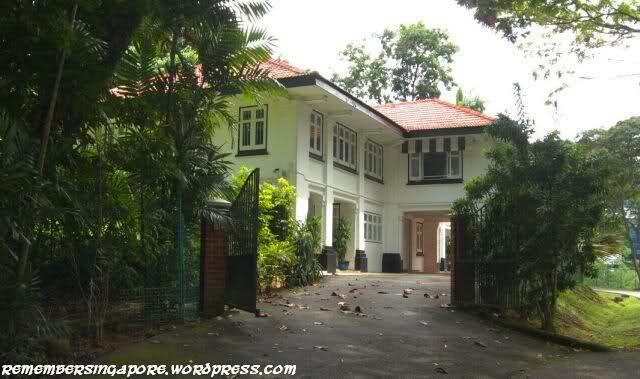 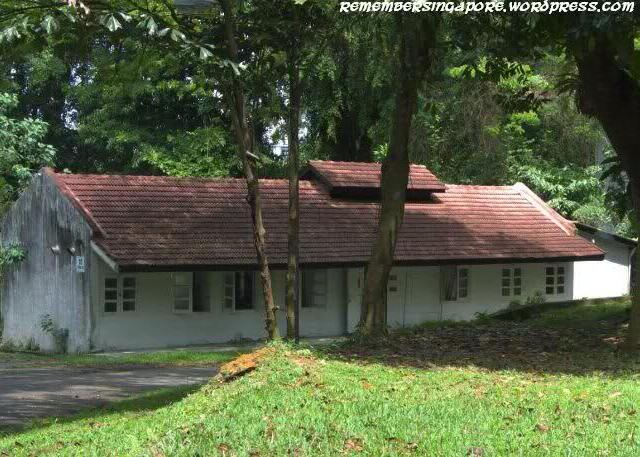 There is a famous eating house in Portsdown known as Colbar (short form for Colonial Bar).

It was first built in 1953 at nearby Jalan Hang Jebat, and started off as a canteen to serve the British military soldiers who lived in Wessex Estate. The canteen has survived over the decades, and expatriates have gradually become its main customers after the British withdrew from Singapore in the late sixties.

In 2003, Colbar shifted to Whitchurch Road to continue serving the masses with its signature dishes in chicken chop and curry chicken. 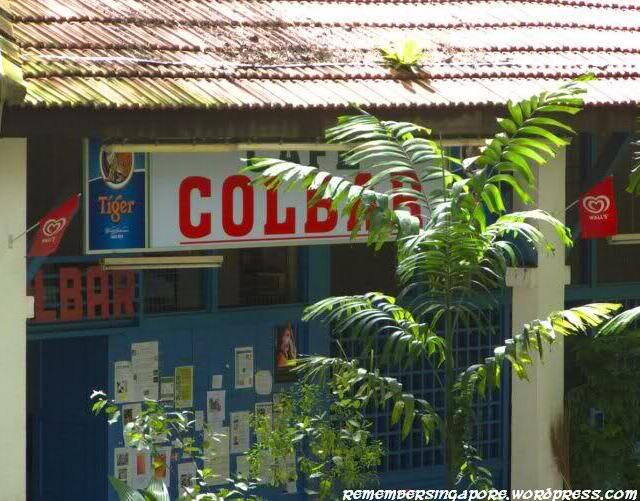 Other similar estates in Singapore include Dempsey, Rochester Park and Seletar Camp. Dempsey and Rochester Park have transformed into high end food and beverage heavens whereas part of Seletar Camp is being reserved for the new Aerospace Hub.

Seletar Camp, popular for its peaceful and bucolic feel, currently has dozens of similar black-and-white colonial-styled bungalows leased to locals as well as expatriates. 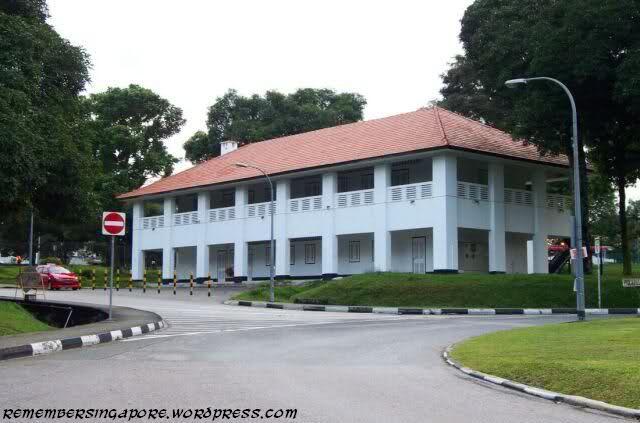 The camp was completed by the British in 1928, as a means of air travel and air defense for the Royal Air Force (RAF). The name “Seletar” refers to the aboriginal tribes who lived along the coastal regions near the Johor Straits.

Between the fifties and seventies, the community living at Seletar Camp, made up of more than 2,000 RAF employees and their families, became better known as the Seletarville. It was visited by George Ward, the then-British Secretary of State for Air in 1957.

After 2006, the camp became increasingly affected by the rapid development of the Aerospace Hub, where almost half of the 378 original colonial houses have been identified to be demolished to give way to the new facilities.

Many of the houses bounded by Park Lane and Hyde Park Gate, now under Jurong Town Corporation (JTC), are left empty and awaiting for demolition. The conditions of these beautiful black and white houses are still in good shape.

There are also three huge mansions at Park Lane, one of which was the clubhouse. The clubhouse had many facilities, including a large swimming pool. It is unknown whether the other two mansions were formerly of residential use or other purposes. The designs of these mansions look to be a mixture of colonial and Malay flavours, with many pillars added to the first level of the buildings, much like a Malay attap house standing on stilts.

Fortunately for now, the houses at Mornington Crescent, Lambeth Walk and Maida Vale are spared from the modernisation. However, it remains unsure whether these occupied houses will be demolished after their leases expire in a few years’ time. The Aerospace Hub is expected to be completed in 2018.

The Seletar Base Golf Course was built as a golf club for the British personnel in 1930. The National Sports Promotion Board (NSPB) took over the course in 1971 after the British Forces withdrew from Singapore, renamed it as Seletar Country Club. When the club moved to Lower Pierce Reservoir in 1995, the course became one of the few golf courses open to public. It had also shut down due to the development of the area. 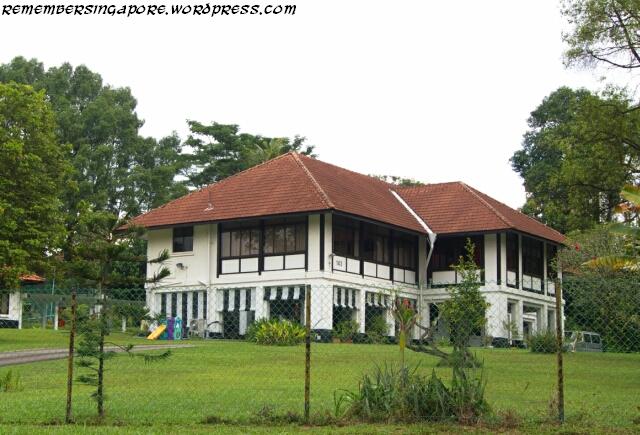 There is a network of minor roads in the Sembawang vicinity that used to be restricted to public access in the past. The roads were mostly named after the Commonwealth countries and former British colonies, such as Canada, Kenya, Pakistan and Sudan. Some, like Auckland Road, Durban Road, Lagos Road and Wellington Road, were named after their cities. The rest had their names taken after the overseas territories of Britain. Bermudas, Falkland and Gibraltar are some of the examples. 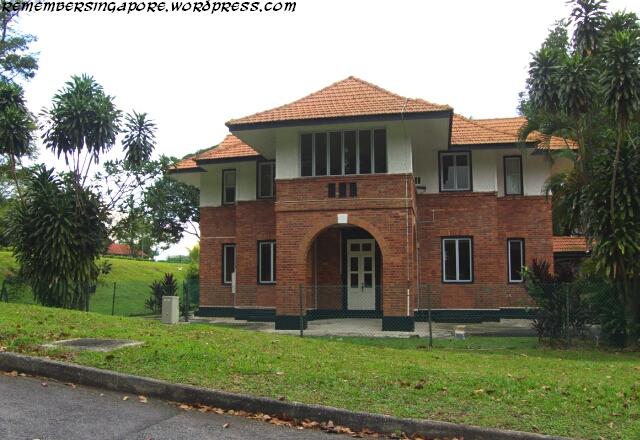 While most of the houses are occupied and well-maintained, some are in poor conditions. Just a short distance away from the century-old Beaulieu House (now a restaurant) and the Sembawang Jetty, it is a serene and quiet environment for the current residents here.

Also read about the colonial houses at Wessex Estate.