Sungei Road is located between Jalan Besar and the Rochor Canal Road. The Singapore Ice Works, built in the 1930s and situated near the road, was formerly an important supplier of ice blocks, which is why that area is also fondly known as Gek Sng Kio, which literally means Frosted Bridge, by the Hokkiens and Teochews. The factory was torn down in the mid-eighties after its land was acquired by the authority for redevelopment.

But it is the famous Thieves’ Market, instead of the ice manufacturing factory, that gives Singaporeans the deepest impression about Sungei Road. Established since 1930s, the flea market sells almost everything that ranges from second hand clothing and shoes, audio/video tapes, books, old coins and notes to used cameras, handphones and other electronic items.

A peddler need not pay any rent, and all he needs to do is to lay a mat on the ground and display his products. Some peddlers set up big umbrellas or even tentages to protect from the scorching afternoon sun. The peddling can start as early as 7am but the crowds usually peak in the late evenings.

As its name suggests, the early days of Sungei Road Thieves’ Market had stolen goods peddled for sale. During that era, it was an open secret that if anyone’s belongings were stolen, he or she could likely find them in this flea market.

One of the biggest and certainly the oldest flea market in Singapore, Sungei Road Thieves’ Market today largely operates on Pasar Lane, Larut Road and Pitt Street, which are the minor roads off Sungei Road. Interestingly, the word pasar means market in Malay.

The glory days of Sungei Road Thieves’ Market were perhaps in the fifties and sixties, where there could be more than 200 competing peddlers and a huge range of old products. By the seventies, the flea market declined as the government tried to remove vendors and peddlers off the streets.

In 1994, the market was once again cleared by the government who intended to develop the region around Rochor Canal. Somehow, the market was able to make their second revival, and became even more thriving as time went by.

The fields near Pasar Lane and Larut Road are classified as the state land. It is not known when the government decides to draw development plans for that area again. When the time comes, the decades-old Sungei Road Thieves’ Market may be forced to cease operation once more. 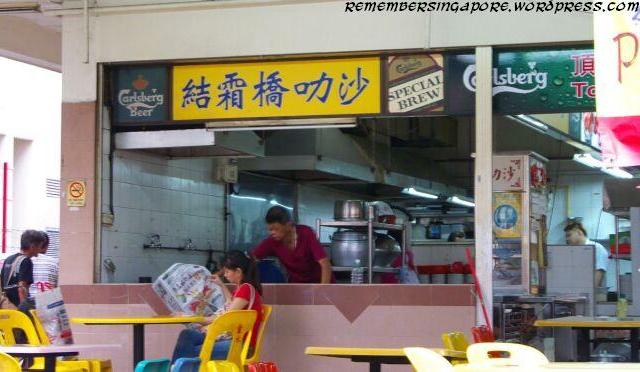 At a nearby kopitiam, the Sungei Road Laksa is almost as famous as the Thieves’ Market. Using charcoal to slowly cook the laksa gravy, the popular dish draws queues everyday. Its founder Wong Yew Hwa is said to have learned the recipe in 1956.

Due to the construction of Sungei Road MRT Station, about half of the current area allocated for the flea market will be closed down starting from 25 July 2011. Pasar Lane and part of Pitt Street will be affected.