The history of The Esplanade goes back all the way to the early 19th century, when the British arrived at Singapore. Back then, the area near the mouth of the Singapore River was a stretch of forest, with some huts of the natives scattered around. The coastline was also about 65m inwards, roughly at the present-day Connaught Drive, before the 1843 and 1922 reclamations expanded the land to where Esplanade Park is standing today.

After the founding of Singapore in 1819, the British built government buildings and residential houses around Esplanade. Festival celebrations, social gatherings and sporting events such as horse-racing and tennis were held at the  nearby Padang. 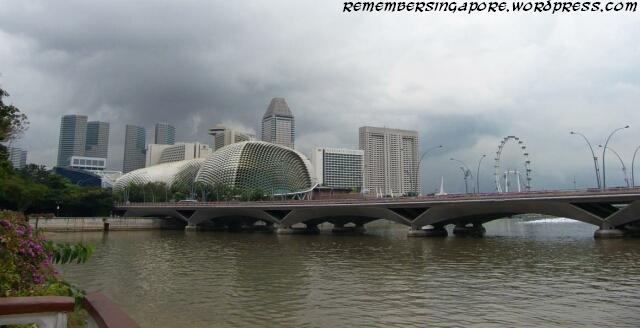 The 500m-long Esplanade Park was built in 1943 and went through upgrading in 1991. At one end, it is connected to the Central Business District (CBD) by Anderson Bridge and Cavenagh Bridge. The park is the home to many significant monuments, particularly The Cenotaph, Tan Kim Seng Fountain, Lim Bo Seng Memorial, Dalhousie Obelisk and Indian National Army Marker. 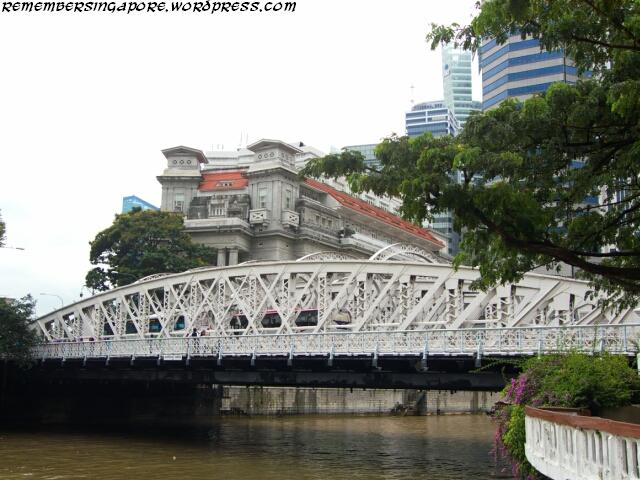 In May 1953, Esplanade Park was renamed Queen Elizabeth Walk to commemorate the coronation of British Queen Elizabeth II. The opening ceremony was held by Loke Yuen Peng, the wife of Sir Percy McNeice, Singapore’s first president of the City Council. She was also the daughter of Loke Yew, the richest man in British Malaya at the start of the 20th century. Today, Queen Elizabeth Walk refers to the stretch of promenade within the park.

The Dalhousie Obelisk is located at the bend of Empress Place, near Victoria Theatre. It was to commemorate the visit of Lord Dalhousie, the Governor-General of British India in 1850. Singapore was then a thriving port under the rule of the British Empire, but the local merchant community hoped for more improvements in the local public works, amenities and administration. Thus they donated to build this obelisk, which was designed by John Turnbull Thomson (1821-1884), who also built Pedra Branca’s Horsburgh Lighthouse and had Thomson Road named after him. 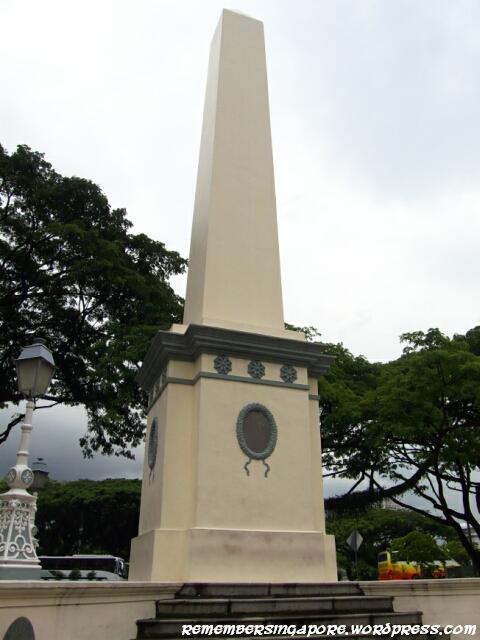 The obelisk was initially installed near present-day Connaught Drive. When the road was constructed in 1886, it was moved to where Cenotaph stands today. In 1891, it was moved again, to the present site, on the instruction of the Governor of the Straits Settlements Sir Cecil Clementi Smith.

The 18.3m-tall war memorial of The Cenotaph is perhaps the most famous monument in Esplanade Park. Designed by Denis Santry of Swan & Maclaren and made of granite, The Cenotaph was built in 1922 to commemorate the 124 British soldiers from Singapore that died during World War 1, with another extension regarding World War II added on in 1951. A famous phrase was inscribed on The Cenotaph: “They died that we might live”.

A beautiful classical Victoria-styled fountain is also located at one end of Esplanade Park, near Stamford Road. Called Tan Kim Seng Fountain, it was installed to commemorate early local Chinese merchant and philanthropist Tan Kim Seng’s (1805-1864) generous contribution to the construction of Singapore’s waterworks and MacRitchie Reservoir. The fountain was first placed at Fullerton Square, before moving to Battery Road in 1905 and then Esplanade Park in 1925.

Born in Malacca, Tan Kim Seng was well-conversed in Mandarin, Hokkien, English and Dutch, and was a well-respected figure in both Chinese and European communities. As his business expanded, Tan Kim Seng became the first Singaporean to venture into Shanghai. He was also the first Chinese magistrate here, and the first Asian member of the Municipal Commission in 1857. Beside donating to waterworks, Tan Kim Seng also had huge contributions in building local schools, roads and bridges. Both Kim Seng Road and Kim Seng Bridge are named after him.

Lim Bo Seng Memorial, near Anderson Bridge on the other end of the park, is built for the commemoration of local anti-Japanese hero Lim Bo Seng (1909-1944). A Raffles Institution student, Lim Bo Seng would grow up taking over his father’s businesses in construction and biscuit manufacturing. When World War II broke out, Lim Bo Seng led a team of volunteers to resist the Japanese invasion during the Battle of Singapore in 1942. 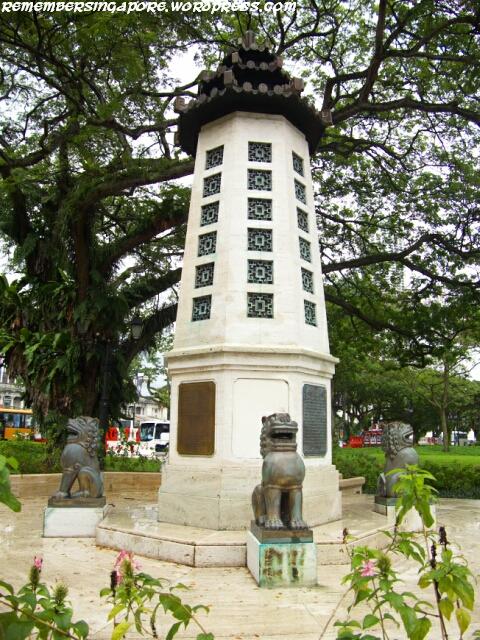 Throughout the Japanese Occupation, Lim Bo Seng organised guerrilla fighter groups and set up intelligence networks against the aggressors. Unfortunately, he was captured in Perak of Malaya in 1944, and died in Batu Gajah Jail after months of severe torturing. His remains were brought back to Singapore after the war. It was said that his hearse was accompanied by a huge group made up of British officers, Chinese businessmen, community leaders and the public. Lim Bo Seng was later buried at MacRitchie Reservoir with the memorial built for him at Esplanade Park. The memorial, designed by Ng Keng Siang and constructed at a cost of $50,000 donated by the Chinese community, was unveiled in 1954.

The Cenotaph, Tan Kim Seng Fountain and Lim Bo Seng Memorial were gazetted as national monuments at the end of 2010.

Some interesting trivia about Esplanade Park includes Singapore’s first pedestrian underpass, which was built in 1964 linking Connaught Drive to Queen Elizabeth Walk. The famous Satay Club, formerly located at the edge of Esplanade Park from 1970 to 1995, was one of the locals’ favourite hangouts during its heydays.

During the Second World War, as many as 100,000 civilians in Singapore were killed by the Japanese, especially through the Sook Ching Massacre. Mass graves were unearthed in 1962 at various places such as Punggol, Siglap, Changi and Bukit Timah. Then-Prime Minister Lee Kuan Yew set aside a plot of land for the building of the memorial for the war victims, a project that was handled by the Singapore Chinese Chamber of Commerce and Industry (SCCCI). The memorial was completed in 1967, with annual memorial services held on every 15th February. 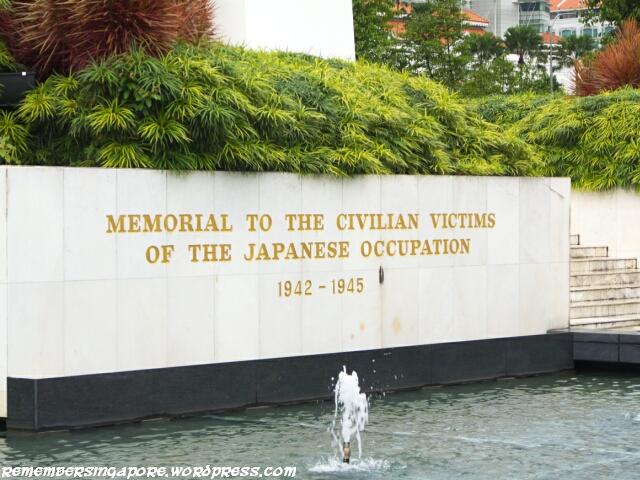