Looking for Bits and Pieces of Old Seletar

Posted on June 4, 2020 by Remember Singapore

Seletar has changed tremendously in the past decade. The Aerospace Park is increasing well developed with many multinational companies making their investments here at the northeastern part of Singapore. It is also more accessible now with a direct route, via Seletar West Link, to the interchange network between the Central Expressway, Seletar Expressway and Tampines Expressway.

While a greater part of old Seletar has been demolished to make way for the new developments in recent years, there are still many remnants to remind us of its significant past. 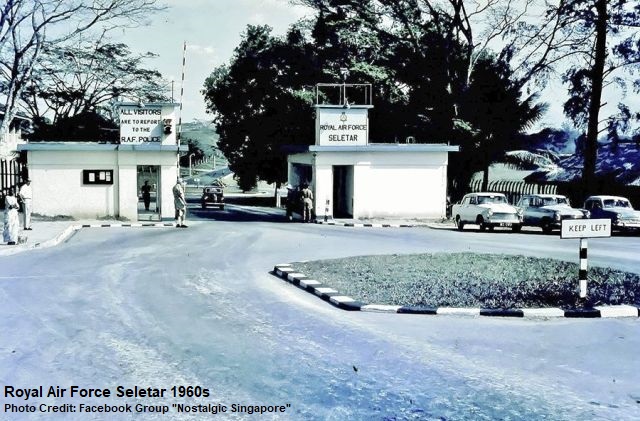 At the entrance was the old guardhouse of the former Royal Air Force (RAF) Seletar (1928-1971). Before the construction of RAF Seletar, this area was mainly rubber and coconut plantations surrounded by mangrove swamps. It took two years for RAF Seletar to be completed. When it was officially opened on 1 January 1930, it was the largest RAF station in the Far East.

After the British military withdrew from Singapore in the early seventies, the eastern side of the RAF station was taken over by the Singapore Armed Forces (SAF), whereas the western side was used for civil aviation. SAF took charge of the guardhouse and maintained the security of the vicinity until the mid-2000s, when Seletar was slated for redevelopment into an aerospace park. Today, the white guardhouse buildings, numbered 1 and 2 Piccadilly Circus, remain as the identifiable landmarks that “signal” to the drivers and visitors that they are entering Seletar. 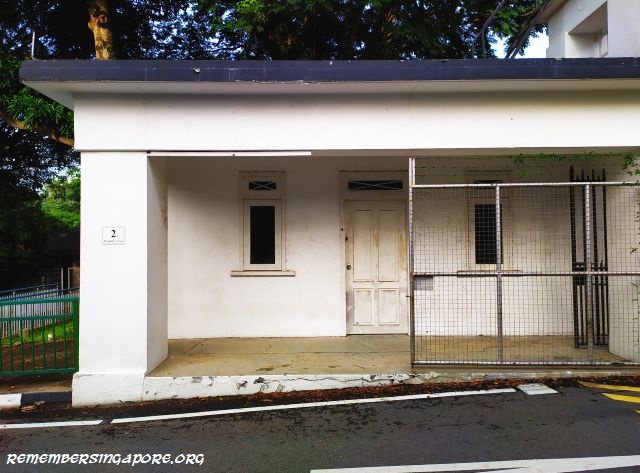 The RAF designed and built Seletar like a small self-sufficient town. Besides the offices and living quarters. it had other various amenities such as fuel pump station, school, bank, cinema, clubhouse, swimming pool and tailor and barber shops. The residential area, catered for the officers and their families in accordance to their ranks, was modeled after British-styled landscapes and the roads were mostly named after London’s main streets.

Before the development of Seletar Aerospace Park in the mid-2000s, there were as many as 378 colonial bungalows in the vicinity. Over 150 had been demolished to make way for redevelopment purposes. 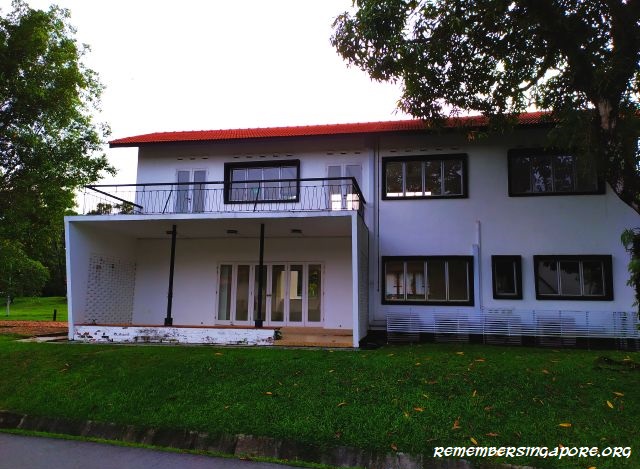 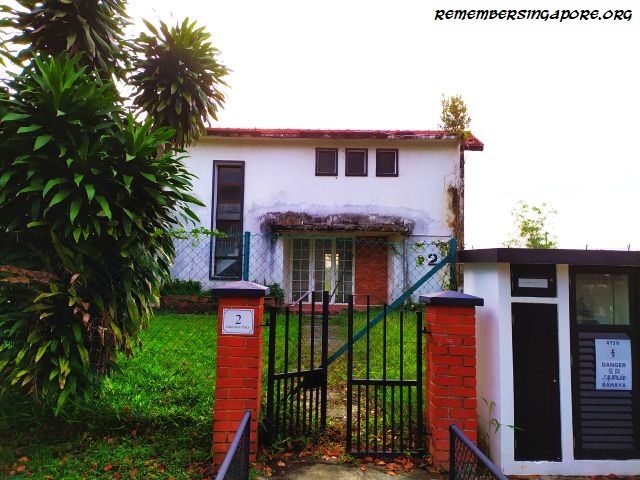 The residential bungalows – as many as 32 of them – are largely clustered at Sussex Garden, Maida Vale, Lambeth Walk, Oxford Street, Park Lane, Hyde Park Gate and Hamilton Place. A number of these former RAF personnel’s quarters have been refurbished and leased out as civilian residences. 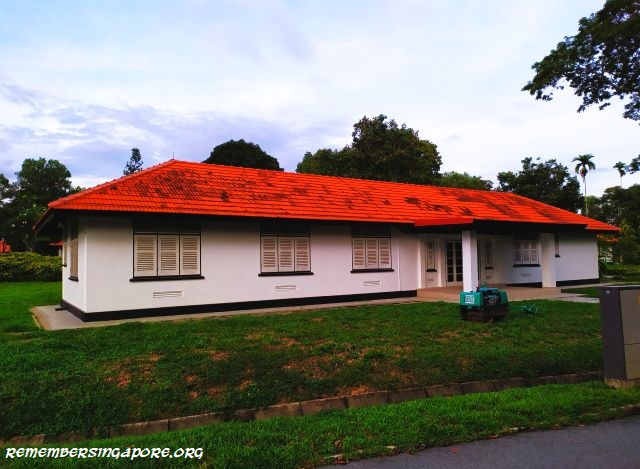 Placed under conservation by the Urban Redevelopment Authority (URA), the timber-framed bungalows are categorised in two different styles – the Early Modern and the typical “Black and White” styles. Taking into consideration of the hot and humid climate of Singapore, numerous features such as verandahs, high ceilings and improved ventilation were added to the buildings during their initial designing stage.

Along Baker Street and Old Birdcage Walk are some of the larger double-storey former colonial houses, previously segregated into smaller units and leased to the public as offices and studios. Majority of them, however, stand vacant today.

The area at Park Lane and The Oval has been designated as an exclusive dining enclave, made up of several restaurants housed in the former colonial buildings. Offering brunches and dinners in alfresco setting, this little dining hideout typically comes to life and attracts a sizable crowd during the weekends. 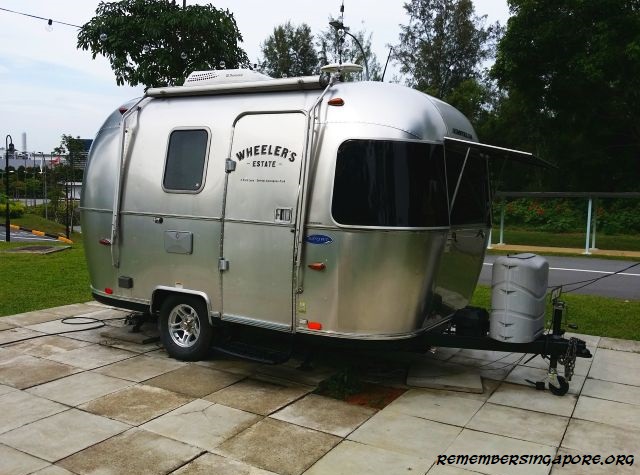 The eastern part of Seletar remains as the premises of Seletar Camp. However, the SAF military base gave up part of its premises in the early 2010s due to the expanding redevelopment plans of Seletar Aerospace Park.

Two former military barracks – Block 179 and 450 – were fortunately retained. Designed in Art Deco style and constructed in reinforced concrete in the early 1930s, both Block 179 and 450 served as the station headquarters and accommodation block for the RAF Seletar personnel. During the Second World War, RAF Seletar was one of the air raid targets by the Japanese, resulting in extensive damages to its airfields and barracks. During the Japanese Occupation, Block 179 was taken over and occupied by the Imperial Japanese Navy Air Service. 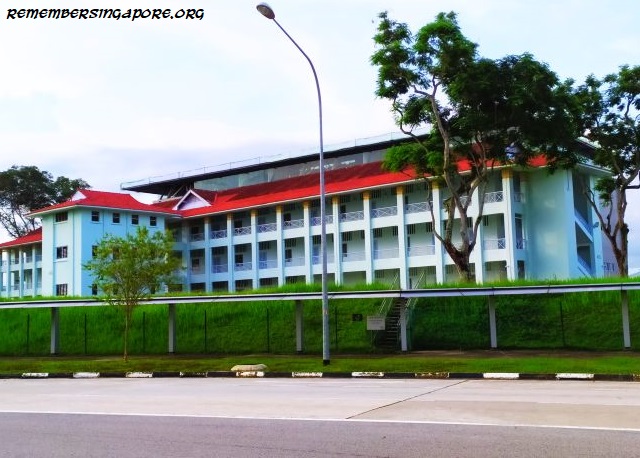 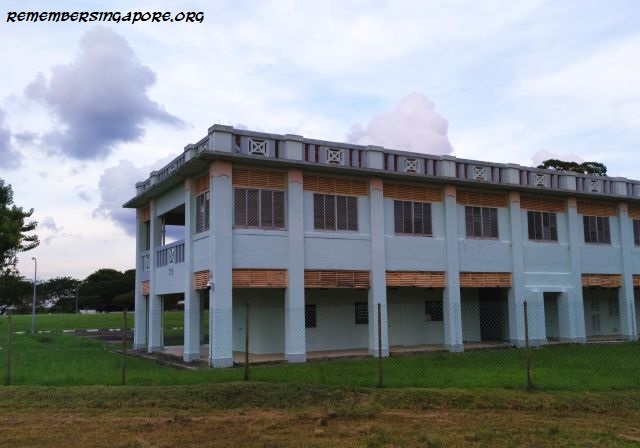 In the seventies, when SAF took over Seletar Camp, Block 179 served as the Camp Commandant’s Office (CCO). The three-storey Block 450, on the other hand, was used as office and bunks by the camp personnel. In the early 2010s, the boundary of the Seletar Camp premises was reduced, and the two former barracks became accessible via public roads.

Even though they are not currently being utilised, the bluish green barracks act as notable landmarks to commuters on their ways to the new Seletar Airport Passenger Terminal.

In 1968, Seletar Airport was handed over to the Department of Civil Aviation (DCA), the predecessor of a statutory board called Civil Aviation Authority of Singapore (CAAS). In the early eighties, the Jurong Town Corporation (JTC) was tasked with an aerospace industry development project at Seletar. New office buildings, hangars, warehouses and workshops were constructed. 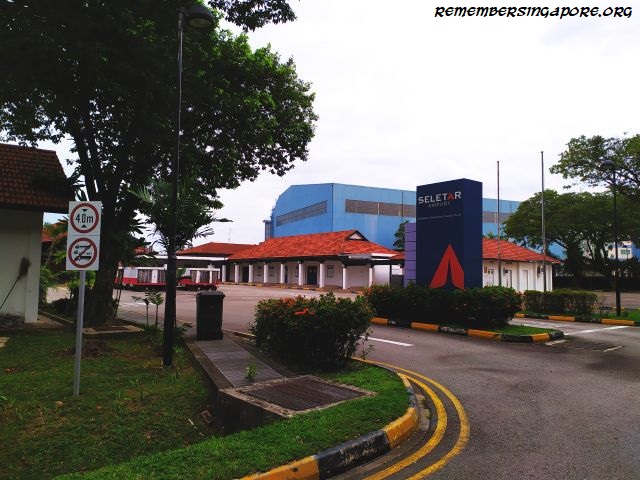 In 1982, the old RAF Seletar’s airport passenger terminal and offices were demolished to make way for new hangars. A new second-generation Seletar Airport Passenger Terminal was built and officially opened on 1 October 1982. CAAS continued to manage the airport and passenger terminal until 2009, when they were taken over by the Changi Airport Group (CAG).

From the sixties to eighties, pirate taxis were rife. It was common to see them lined up at the passenger terminal to pick up customers, charging them as much as $20 for a trip to Orchard Road. This lasted until 1989, when the pirate taxis were outlawed in many crackdowns carried out by the Registry of Vehicles (ROV) officers. For the convenience of the arrived passengers, the airport arranged a new bus service to ferry them to their hotels for a $8 fee.

Around 20,000 passengers passed through the former Seletar Airport Passenger Terminal every year, until its 36-year operations ceased and were replaced by the new $80-million passenger terminal located at Seletar Aerospace Road 1 on 19 November 2018.

Since then, the premises of the old Seletar Airport Passenger Terminal was left vacant. It is still undetermined whether the rows of single-storey buildings will be conserved or demolished in the future. 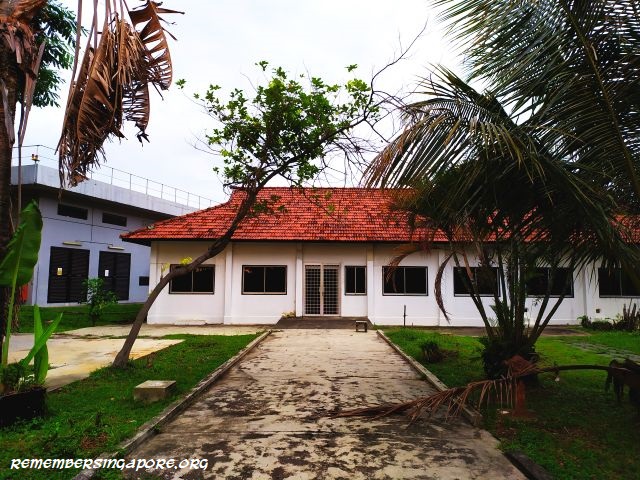 In an increasingly land-scarce Singapore, golf courses are usually targeted for redevelopment upon the expiry of their leases due to the large areas of land they occupy. Hence, for the development purposes of the aerospace park, the Seletar Base Golf Course was removed, while the Seletar Country Club Golf Course manages to renew their lease for another two decades. However, by 2030, it will be one of the 13 golf courses left in Singapore, down from 22 in 2001 and 17 in 2017.

During the development of the aerospace park, small design details are carefully applied to the amenities in the vicinity to reflect Seletar’s heritage. For example, the bus stops have shelters shaped like the Supermarine Spitfire aircraft, a British fighter used during the Second World War. This little delightful design consideration is a homage paid to the rich aviation history of Seletar. 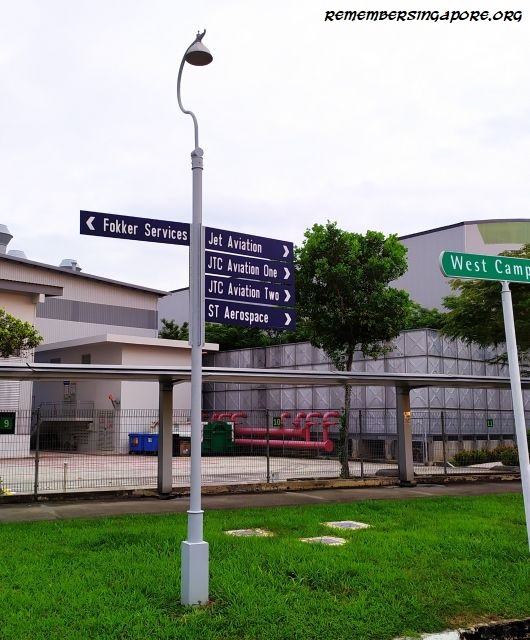 Another example is the refurbishment of the past artefacts left behind by the RAF Seletar. A colonial steel lamp post along West Camp Road has been rejuvenated with a new life as an unique street signage with directional indicators.

Several other old British-era “goose-necked” lamp posts are salvaged from demolition, but have not been refurbished yet. Perhaps they will be left alone as heritage markers and remnants of old Seletar, even though they are not lighting up the roads anymore. 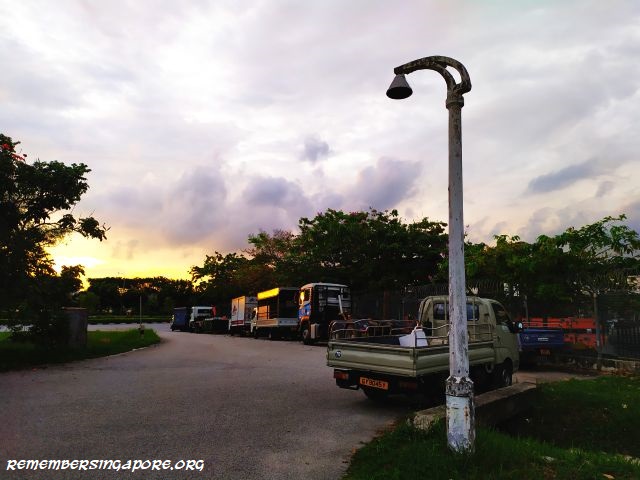 For many, the more recent memories of Seletar include the popular Sunset Grill & Bar, a secluded eatery of cold beer and spicy buffalo wings. Well hidden inside the old Seletar, it would take an effort for someone new to the place to search for its location.

And as recent as 2007, one could still enjoy a ride along the roundabout and its adjacent rustic countryside-like roads, named Hay Market, Swallow Street and Bayswater Road, within Seletar. The vintage roundabout and roads, however, have since been expunged and replaced by the new Seletar Aerospace Way, a main road that links to Sengkang.

4 Responses to Looking for Bits and Pieces of Old Seletar