Posted on October 6, 2015 by Remember Singapore

Hillview Mansion. A name that is previously well-known and generates much interest among local paranormal investigators. Known as the “green” house, it was once ranked together with the Punggol Matilda House (“white” house) and the Pasir Ris “red” house as Singapore’s most haunted “coloured” houses in the late nineties and early 2000s.

But the history of the mysterious private residence goes back to the seventies, when the house was likely to be built after the Hillview vicinity was developed. In the late sixties, a network of minor roads, consists of Jalan Dermawan, Chu Lin Road, Jalan Gumilang and Jalan Remaja, was extended from the former Princess Elizabeth Estate, which was built in 1951. By the mid-seventies, the minor roads gave rise to the development of private residences collectively known as the Hillview Estate. 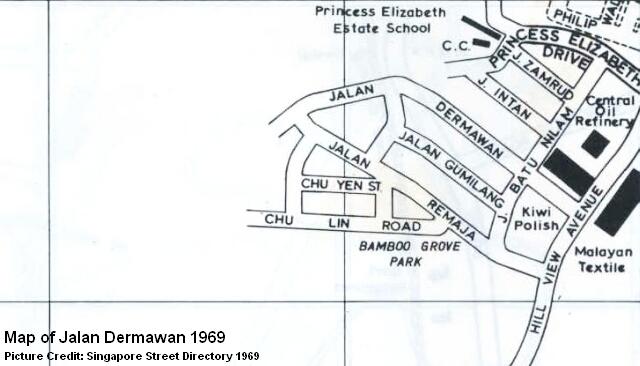 One end of Jalan Dermawan had initially stopped by the hill side. An extension was later constructed to link to the top of the hill which is the highest point at Hillview Estate. The steep 50m-long road leads to the Hillview Mansion, which, if it was ever completed, would enjoy a splendid panoramic view of its surroundings. Instead, its construction works were halted halfway, and it was left abandoned after that. For decades, speculations and rumours of Hillview Mansion and its abandonment had gripped the imaginations of many self-proclaimed urban explorers and ghost hunters.

The Hillview Mansion was reportedly owned by Chua Boon Peng (1918-2005), the former chairman of Cycle & Carriage (C&C) Industries Pte Ltd. Cycle & Carriage began in 1899 as Federal Stores, a small trading company located at Kuala Lumpur. It was founded by Chua Boon Peng’s uncles Chua Cheng Tuan (1876-1912) and Chua Cheng Bok (1880-1940). Chua Cheng Liat, who had the Liat Towers at Orchard Road named after him, was Chua Boon Peng’s father and younger brother of Chua Cheng Tuan and Chua Cheng Bok. In its early days, the humble firm traded nutmegs and then diversified to soap, paper and machine spare part businesses.

Cycle & Carriage later ventured into the selling of bicycles, motorcycles and cars. It established a branch at Orchard Road in 1916 and shifted its headquarters from Kuala Lumpur to Singapore in 1926. The year 1951 was a major breakthrough for Cycle & Carriage, when Chua Boon Peng clinched a sole distributorship agreement with Germany’s Daimler-Benz to sell Mercedes-Benz brand cars in Malaya.

In 1965, Cycle & Carriage opened a $2.5-million plant at Hillview to assemble Mercedes, Daihatsu, Isuzu and Volkswagen vehicles. The plant, however, suffered losses and had to shut down in 1980 due to significant increase in the production costs. Chua Boon Peng stepped down as the company’s chairman in 1985; the Chua family eventually exited Cycle & Carriage eight years later. The factory’s land, under the ownership of Cycle & Carriage, was redeveloped for private residential use in 1990. Hillview Villas, a mixture of semi-detached and terrace houses, was completed at the site of the former Hillview assembly plant after three years of construction. 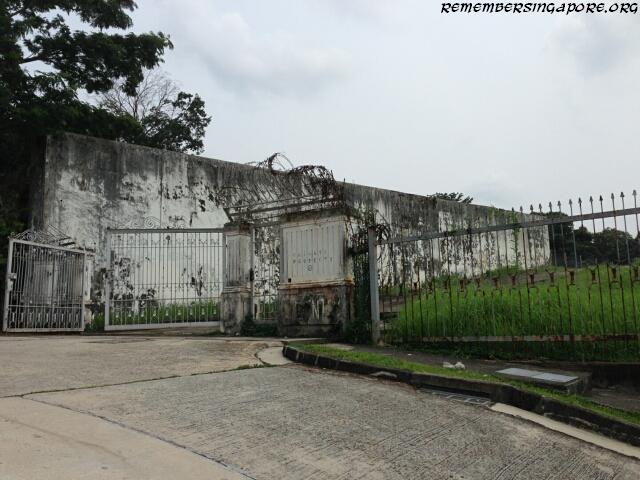 Chua Boon Peng himself was said to have spent millions of dollars in the seventies snapping up plots of land near the Hillview assembly plant to build a grand mansion for his wife, and probably also to oversee his vast business empire at Hillview. Few, however, knew the reason behind the halted construction works of the house.

Many rumours had surfaced since then. The rumours came in different versions; the most popular one was that the “unlucky” house was abandoned after its mistress had fallen to her death. Other stories included a worker killed by lightning during the construction. There was one tale about a grisly murder case that took place inside the half-completed house. A more “logical” explanation would be that the Ministry of Defense (Mindef) wanted to reacquire the land where the mansion was planned to be built. 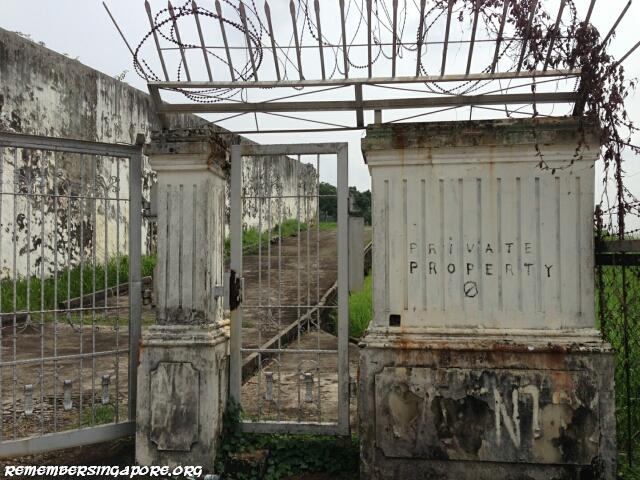 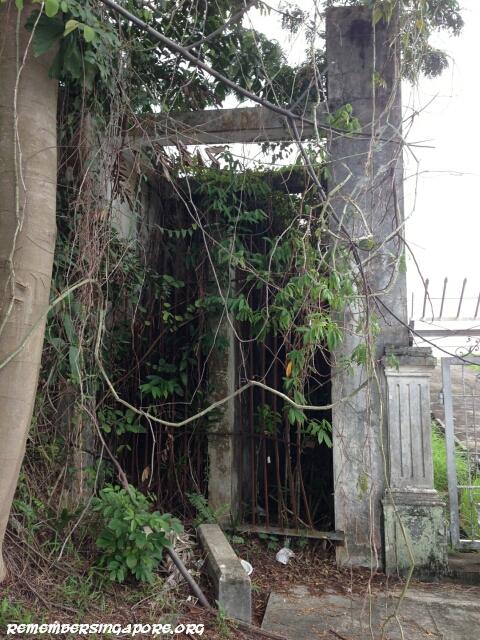 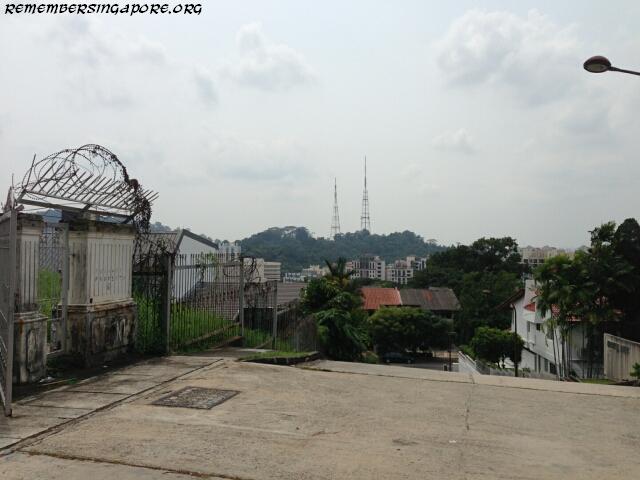 The half-completed Hillview Mansion was demolished in the mid-2000s. Today, there is nothing left of it except a pair of old gates. Once in a while, a few curious passers-by can be seen visiting its premises, but the interest in the mysteries of Hillview Mansion has considerably waned over time. Perhaps people come to realise that there is nothing supernatural about it. And while the “green” house had been completely demolished, the “white” house and “red” house are given new lease of life; in recent years they have been redeveloped into a clubhouse and childcare centre respectively.

1 Response to Hillview Mansion, its Remnants and Legendary Tales