Posted on August 25, 2018 by Remember Singapore

Come end of August, the 45-year-old Kampong Java Park will be permanently closed. 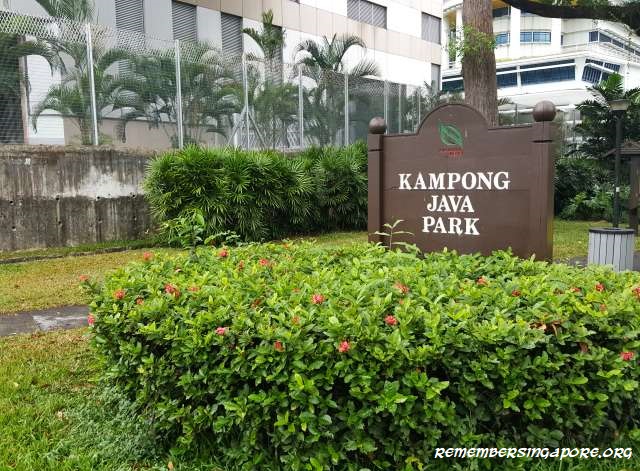 Once a Christian cemetery bounded by Kampong Java Road and Bukit Timah Road, works were carried out in 1971 by the Public Works Department (PWD) to convert the former cemetery site, exhumed in 1908, into a 22-acre park designed with hillocks and a pond-cum-reservoir as its main attractions. Further plans to add a view tower and restaurant to the park, though, did not materialise.

In November 1971, Education Minister Lim Kim San planted a tree at Kampong Java Park, the tree-planting activity that was launched islandwide by different ministers, to kick start the development of the new park.

Upon its completion and opening in 1973, Kampong Java Park was considered one of the best landscaped parks created by the PWD. Fitted with ornamental lighting, made of steel poles and plastic light covers, along the footpath, the park became the first in Singapore to be installed with such amenity.

Named after the former Christian cemetery, the New Cemetery Road that now ran along the new park became inappropriate in its name. There were different proposals to give it a new name, such as New Scenery Road, New Park Avenue, Park Road or Kampong Java Park Road. The road was eventually renamed Cavenagh Road after Sir Orfeur Cavenagh (1820-1891), the Governor of the Straits Settlements between 1859 and 1867.

In the late seventies, there were also proposals by the Parks and Recreation Department to maximise the use of the park with the addition of a tennis and squash complex. Near the sports complex was the popular Kentucky Fried Chicken (KFC) restaurant, a favourite fast food outlet at Kampong Java Road still remembered by many Singaporeans. Situated beside the park was the large carpark that was built in the mid-seventies. It was also where the City Shuttle Service (CSS) bus stop and Daily Area Licence sale booth were located.

Beside KFC, another popular eating place near the park was the Palm Beach seafood restaurant at Halifax Road. The restaurant had been in business at Bedok for twenty years before moving to Halifax Road in the eighties. However, it only stayed there for a few years before it was forced to relocate again, this time to Kallang Park, after a major fire incident.

In 1981, an exercise corner, with inclined ramps and special equipment, was installed at Kampong Java Park for the benefits of the disabled. Called the Sunshine Corner, the project was built at a cost of $25,000 by the Rotary Club of Singapore.

Kampong Java Park received a VIP visit from U Ohn Kyaw, Burma’s Minister for Labour and Social Welfare, in 1982 when the foreign dignitary visited the park.

In the early nineties, part of Kampong Java Park was acquired for the construction of the new Kandang Kerbau (KK) Women’s and Children’s Hospital. In 1999, the hospital adopted a section of Kampong Java Park, under the adopt-a-park scheme, as a rehabilitation place for its patients, where the lush greenery of the park could aid in their healing. 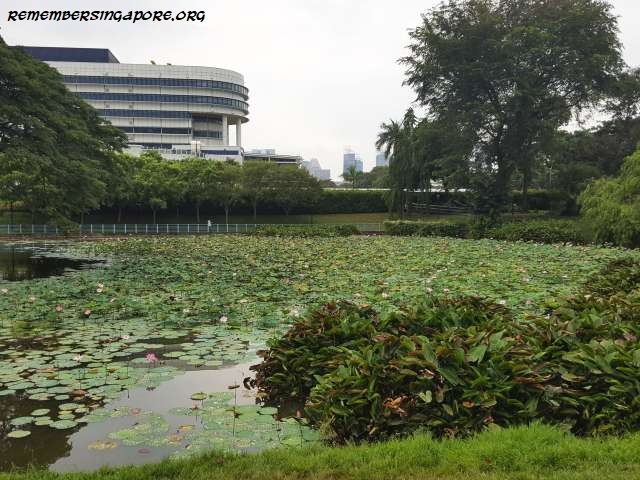 Not all memories of the park were about its tranquil surroundings. As it was easily missed from the main Bukit Timah Road, the park was relatively little known. In the eighties, a decade after its construction, the park remained largely deserted, especially at night, except for a few courting couples and peace-loving individuals taking a walk in the park. A few spooky tales about the park occasionally surfaced.

In 1984, a tragedy struck when a Malaysian security guard was found drowned in the pond. 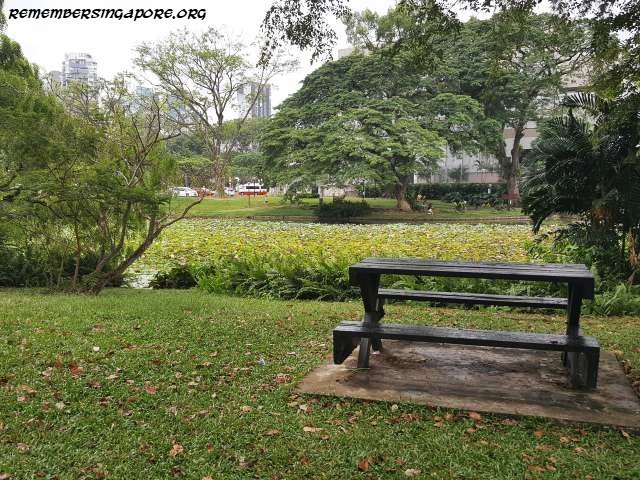 Kampong Java Park will be closed permanently in end-August 2018 for demolition as its site is required for the construction of the new North-South Corridor (NSC) tunnel.

Opposite the park, across the carpark, are the rows of pre-war colonial houses of Halifax Road, which also will be likely affected by the NSC development.

Halifax Road, off New Cemetery Road, appeared in the early 20th century, when the new headquarters of the Singapore Girl Guides was established there in 1925.

The colonial houses at Halifax Road were built in the 1930s as quarters and outhouses for accommodation of the Singapore Municipal staff and their families. They were later, in the fifties, used as offices and stores for the electrical and architect departments of the Singapore City Council (later took over by the Public Utilities Board (PUB) and Public Works Department (PWD)).

In 1953, it was discovered, buried in one of the houses’ compounds, hundreds of ammunition used during the Second World War including hand grenades, anti-aircraft shells, machine gun magazines and bullets.

When Singapore gained independence in 1965, the Halifax Road colonial houses continued to function as junior government quarters as well as government offices used by the Election Department, Industrial Health Unit and other ministerial departments. In the seventies and eighties, the houses, under the ownership of the Ministry of Finance, were leased to the public as private residences and commercial offices for companies and businesses. 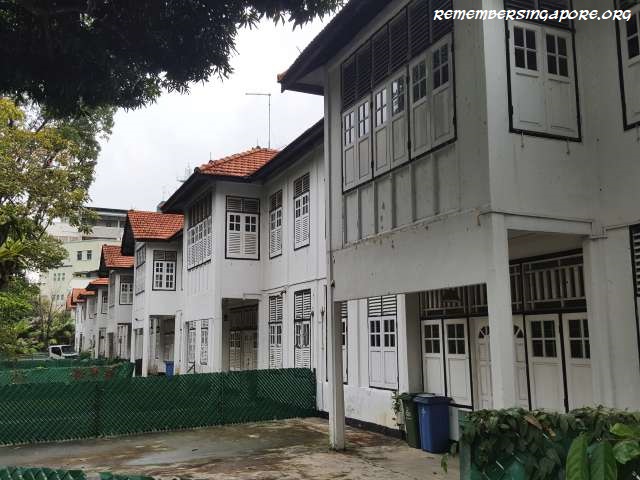 One of the houses was utilised as a childcare centre in recent years, but currently most of the buildings are vacant and are classified as state properties under Land Transport Authority’s (LTA) charge.