Posted on September 3, 2011 by Remember Singapore

Bus 178 of Singapore Mass Rapid Transit (SMRT) is the oldest public bus in Singapore, taking the daily route to and fro Woodlands and Boon Lay. 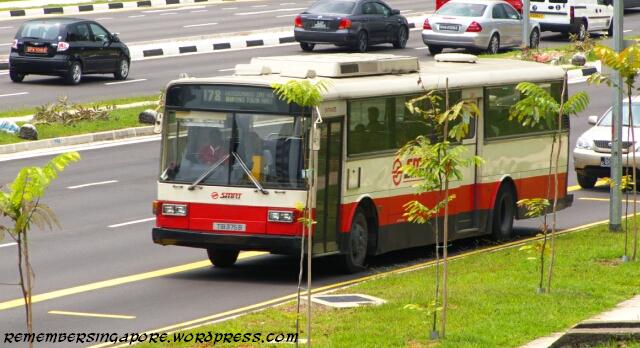 The Nissan U31RCN bus, running on diesel and has a body made by Fuji Heavy Industries, was introduced in 1993. Buses of this model in the fleet have been phased out by 2004, but a few were retained for suburban routes. Bus 178 and 853 are the two survivors, while others are used as training buses. 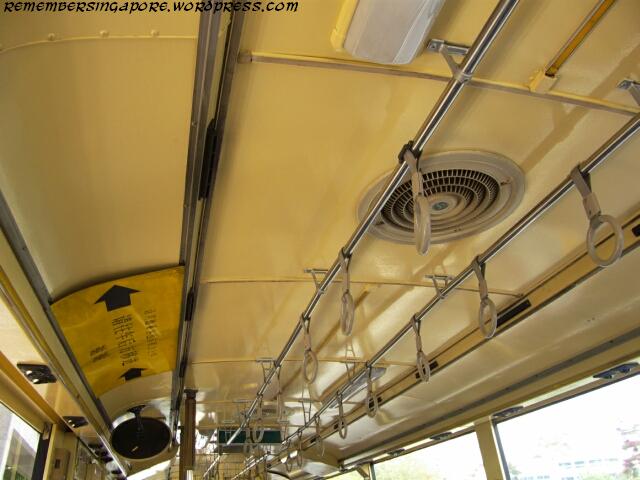 The pale yellow interior of the bus gives a nostalgic feeling, as if it is bringing me back to my schooling days. While this Nissan U31RCN bus is originally fitted with aircon, some Nissan U31RCN buses are converted from non-aircon. Their windows are the sliding types with latches, which I remember it took quite an effort to close them whenever it rained.

Nowadays, almost all 4200 public buses (3000 owned by Singapore Bus Service (SBS) and 1200 owned by SMRT) in Singapore are fitted with aircon, thanks to the hot weather. Only about 100 SBS buses are non-aircon, and are all due to retire in 2011. 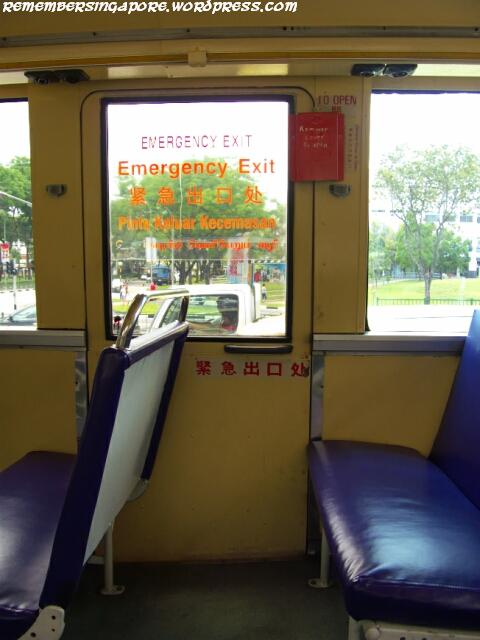 There are no ergonomically designed seats, and the bell, when pressed, does not give out pleasant music. Instead, what remain are those familiar old fashioned benches with blue or orange cushions. The bells respond with loud buzz sounds. 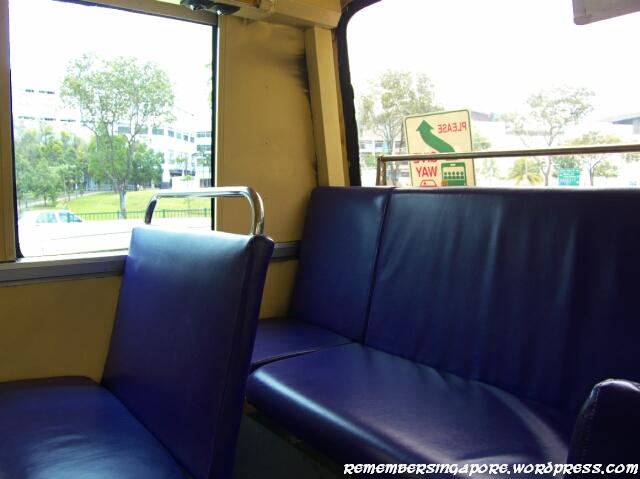 This used-ticket box is a remnant of those days when commuters were issued a little ticket by a red TransitLink machine after payment upon boarding the bus.

Before EZ-Link, commuters used magnetic TransitLink farecards to access SBS, SMRT and Trans-Island public transport. Below includes some of the common designs as well as a limited edition with the promotion of Vivian Chow’s concert in 1994.

The Nissan U31RCN buses are going to be decommissioned in early 2012, bringing down the curtains of its illustrious 20 years’ history.

Before 1973, bus services in Singapore were largely operated by private companies. The government decided to merge the three largest private bus companies as one to become Singapore Bus Service (SBS), in order to regulate the bus transport system and improve its service standards. 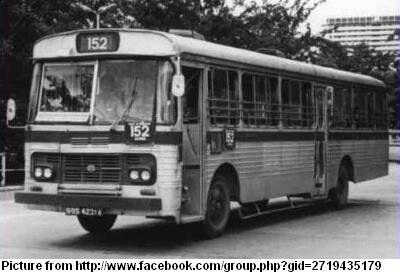 Single deck buses were deployed in the early seventies. These non-aircon buses were short in length and relatively slow. Each bus was operated by a bus driver and a bus conductor.

Commuters paid their fares through bus conductors who would issue bus tickets of different values and punch them with holes to indicate which bus-stop the commuters had boarded.

This TMO (two men operation) system would be replaced by the payment of coins upon boarding in the eighties, when operation of buses gradually became OMO (one man operation). Bus conductors were out of business, who were replaced by bus inspectors for checking tickets in long distance bus routes.

In 1977, SBS launched its first double decker buses with 20 Leyland Atlantean. Then Senior Minister of State Ong Teng Cheong witnessed the historic event with double decker bus 86 making its debut at Tampines Way. However, during the initial weeks, the public had to be convinced that the buses would not topple during turning.

The 12m Volvo B57 was introduced by SBS in the eighties, which it was able to ferry more than 40 seated and 30 standing commuters.

By the early nineties, SBS started to purchase air-conditional buses. Some of their older buses were also refurbished and retrofitted with aircon.

Following an approval on a duopoly in public transport, Trans-Island Bus Services (TIBS) was set up in May of 1982, and was given the right to operate in the northern parts of Singapore such as Yishun, Sembawang and Woodlands.

Their buses were easily recognisable by the orange and yellow horizontal stripes. TIBS became defunct in 2004 after being absorbed by SMRT Corporation. 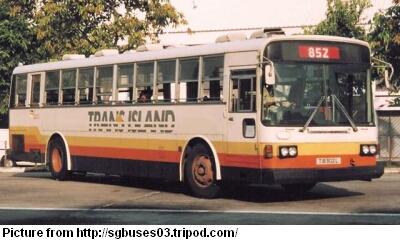 Today, our bus transport system has progressed with time, adding more advanced features such as hybrid engines, solar panels, accessibility for wheelchairs and electronic displays of destinations and timings.

Also read the Old Bus Interchanges and Terminals in Singapore.