A Forgotten Past – The Last Royal Palace of Singapore

Posted on February 21, 2012 by Remember Singapore

Do you know that the former royal family of Singapore existed until the late nineties? They had lived at Istana Kampong Glam (also known as Sultan’s Palace) for generations until the Istana was drawn for redevelopment into the Malay Heritage Centre in 1999.

The story goes all the way back to the 19th century.

The 18th ruler of Johor, Sultan Hussein Mua’zzam Shah ibni Mahmud Shah Alam (1776-1835), built the original Istana Kampong Glam at Beach Road in 1819 after he signed a treaty with Sir Stamford Raffles, ceding Singapore to the British as a trading post. His eldest son, Sultan Ali Iskandar Shah (died 1877), hired Irish architect George Drumgoole Colemanl (1795-1844) to build a new palace, designed with a mixture of English and Malay elements, to replace the old one in 1840. 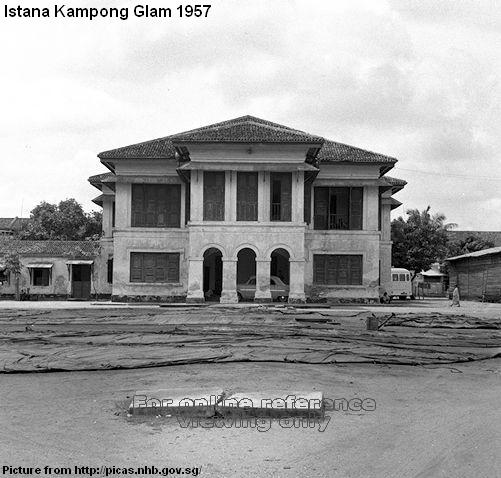 Sultan Ali gave the Istana to his son Tengku Alam Shah (1846-1891), while spending the last few years of his life in Melaka (Malacca). By then, the power of the Johor Sultan was diminishing, overshadowed by the Temenggong. Temenggong was the local chieftain who acted as a vassal to the sultan, providing military support and sometimes exerting huge influence in the state affairs.

In a bid to claim the sovereignty of Johor, Raja Temenggong Tun Daeng Ibrahim (died 1862) entered negotiations with Sultan Ali in 1855 with the support of the British. The outcome was that Sultan Ali retained the rights of his Kesang territories at Muar and received a monthly allowance, but had to formally give up his sultanship and rule of Johor. He would still be recognised as the Sultan of Singapore though. 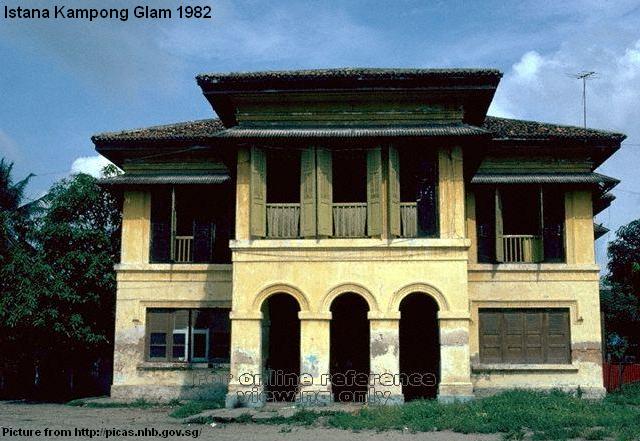 When Sultan Ali died in 1877, his Kesang territories went into a succession dispute. The lands were ceded through an electorate to Daeng Ibrahim’s son Abu Bakar (1833-1895), instead of Tengku Alam, Sultan Ali’s son. Tengku Alam tried to launch a civil war in 1879, known as Jementah Civil War, in an attempt to recover his properties and sultanship, but the uprising was easily quashed by the British. In 1885, the Temenggong family officially took over the rule of Johor when Abu Bakar proclaimed himself as the sultan. He became the 21st Sultan of Johor and was later widely regarded as the father of modern Johor. 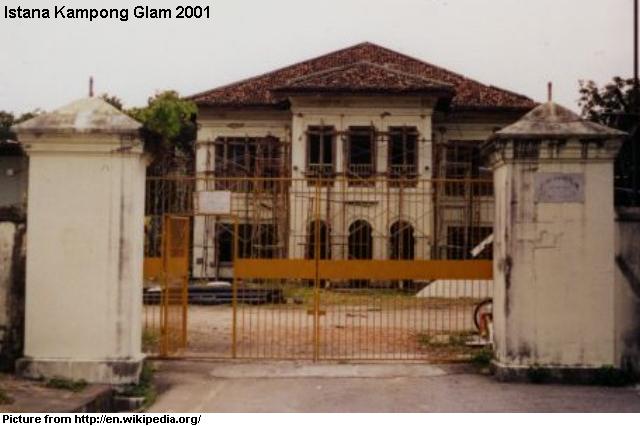 A bitter Tengku Alam returned to Istana Kampong Glam of Singapore, where he died in 1891 at an age of only 46. His supporters still regarded him as the true Sultan of Johor. In 1896, the family of Tengku Alam fought over the inheritance rights of the Istana, giving the British the chance to take over the estate as state land. However, the Sultan Hussien Ordinance of 1905 allowed the descendants of the royal family to continue living in the estate and claiming allowance from the British colonial government.

After independence, the Singapore government also allowed the royal descendants to continue staying in Istana Kampong Glam. They were given $250,000 to $350,000 annually in the nineties until the Istana was selected for conservation and restoration in 2001. The descendants of the royal family of Sultan Hussien, formerly the rightful owner of Singapore, left the Istana and were seldom heard of since then. 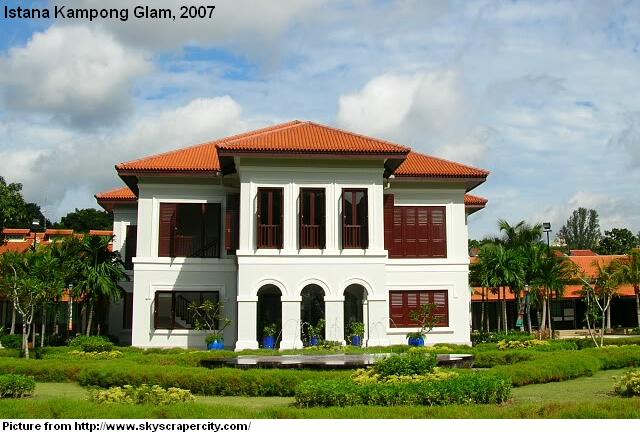 So how many Istana (palace in Malay) are there in Singapore?

The royal Istana that once existed in Singapore were Istana Lama, Istana Tyersall, Istana Woodneuk and Istana Bidadari. Istana Kampong Glam is the only one left standing today.

Sultan Abu Bakar’s grandfather Temenggong Abdul Rahman (died 1825) had an Istana Lama (old palace) built at Telok Blangah of Singapore (known as Teluk Belanga then) in 1824. The European-styled mansion stood on a large 200 acres of land given by the British as a resettlement deal after the 1819 treaty. Today, Temenggong Mosque (built in 1890) stands in its place. Temenggong Abdul Rahman and his son Temenggong Daeng Ibrahim were buried in a tomb beside the mosque. Both the mosque and royal tomb are still owned by the Johor Sultanate. 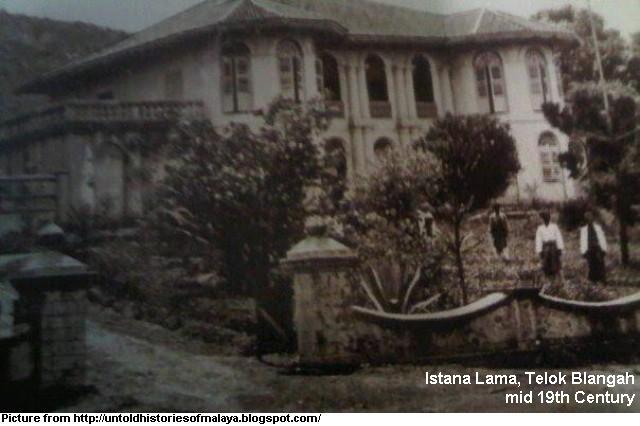 Abu Bakar himself was born at Telok Blangah, succeeding the ownership of the estate and title of Temenggong in 1862 from his father Daeng Ibrahim. After moving out of Telok Blangah, he bought the land near the Botanic Gardens to build a grand red-roofed mansion known as Istana Tyersall, which was completed in 1892, three years before his death. It was one of the first residences in Singapore powered with electricity, and was furnished with extravagant ornaments and furniture. It also had a 21m-tall tower decorated with a symbolic crescent and star. Istana Tyersall, however, was destroyed in a fire in 1905. 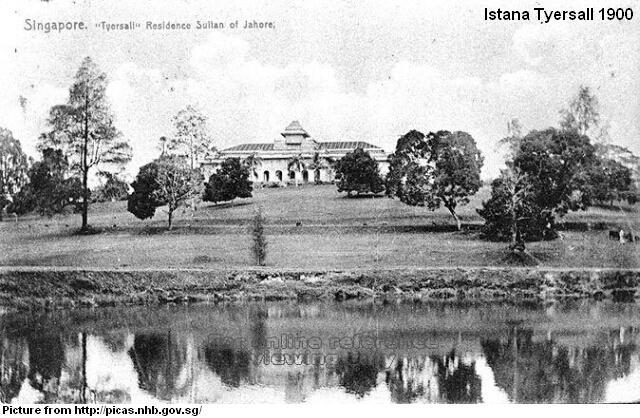 On a nearby hill, Sultan Abu Bakar built another majestic blue-roofed house for his beloved fourth wife Sultana Khadijah. It was Istana Woodneuk, often confused with Istana Tyersall but was just as grand during its heydays. In 1930, the house was renovated by Sultan Ibrahim Iskandar (1873-1959), son of Sultan Abu Bakar and the 22nd Sultan of Johor. Today, it is surrounded by thick overgrown vegetation along Holland Road, forgotten and in ruins. The land where the house is standing on still belongs to the Sultan of Johor. 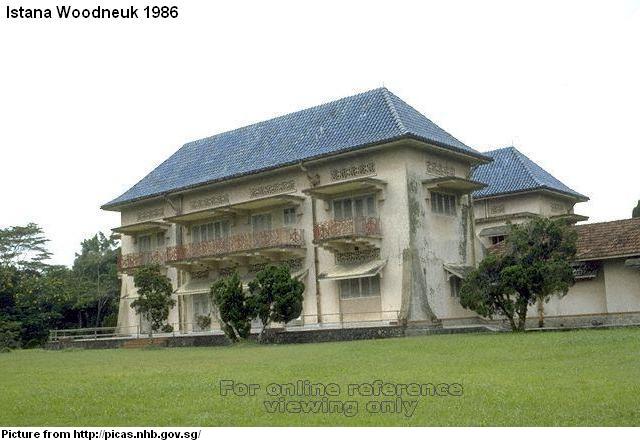 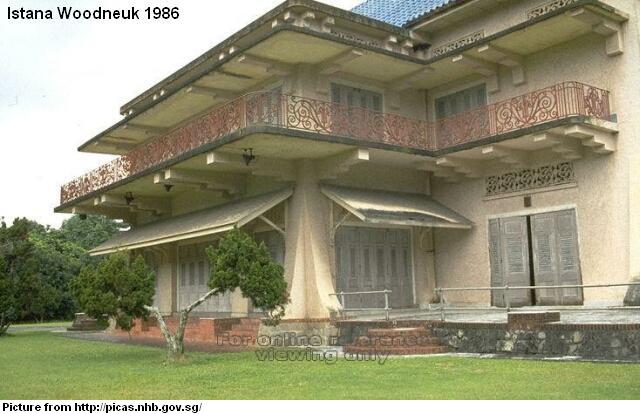 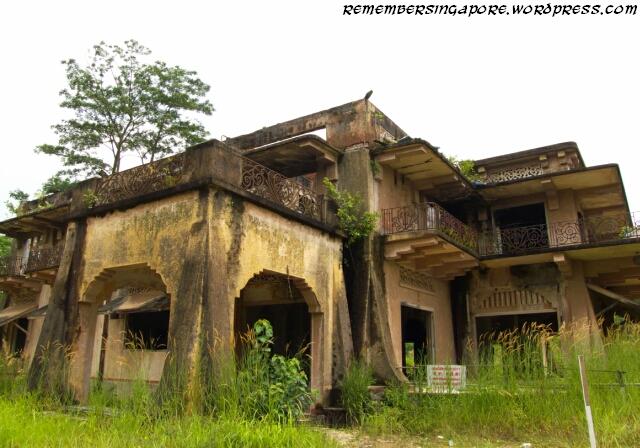 Istana Bidadari was the birthplace of Sultan Ibrahim Iskandar, whose mother was Zubaidah binti Abdullah (Cecilia Catharina Lange), the Danish wife of Sultan Abu Bakar. The palace was located on a 45-acre of land at Bidadari Estate in Serangoon district. In 1904, the colonial government acquired the land and turned it into the Bidadari Cemetery for Muslims, Hindus, Singhalese and Christians. The cemetery was closed for burials in 1972 and was cleared by 2001 to make way for the North-East MRT Line. 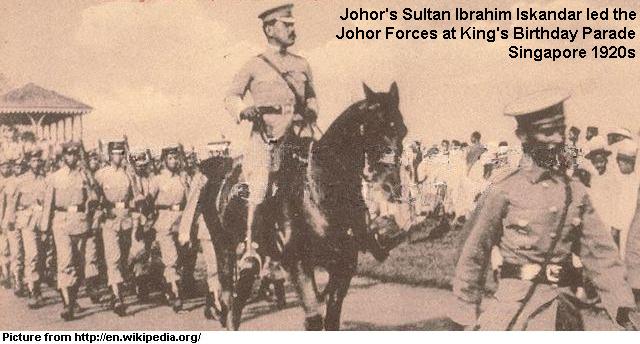 Johor Sultanate’s administrative capital was shifted to Tanjung Puteri (present-day Johor Baru) from Telok Blangah in 1866, but the Johor royalty continued to build their residences in Singapore in order to maintain a presence here. 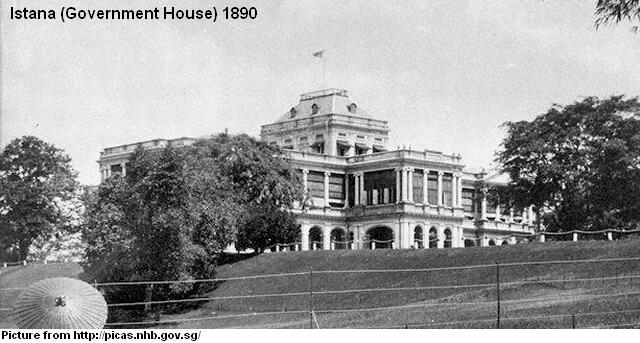 The most famous Istana in Singapore is none other than the one at Orchard Road, which is the official office and residence for the President of Singapore and is not related to the Johor Sultanate.

It was constructed in 1869 by British architect John Frederick Adolphus McNair on the orders of Singapore’s first colonial governor Sir Harry Saint George Ord (1819-1885). Also formerly known as the Government House and Istana Negara Singapura, it was occupied by 21 colonial governors, two Yang di-Pertuan Negara (Head of State) and six Presidents of Singapore (although no Presidents have lived there since 1959). In between, it was also forcefully occupied by the Japanese forces during the Second World War. The Istana was gazetted as a national monument in 1992. 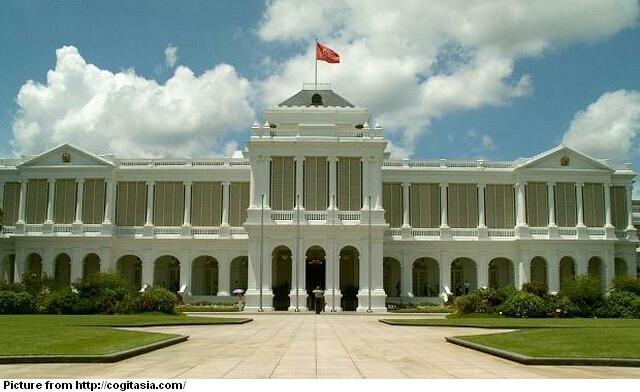 Inside the compound of the Istana, there is also this beautiful house known as Istana Villa. It was built in 1908 as the official residence for the Aide-De-Camp, Private Secretary of the Governor of Straits Settlement. The black and white colonial bungalow became the Attorney-General’s home in 1958. 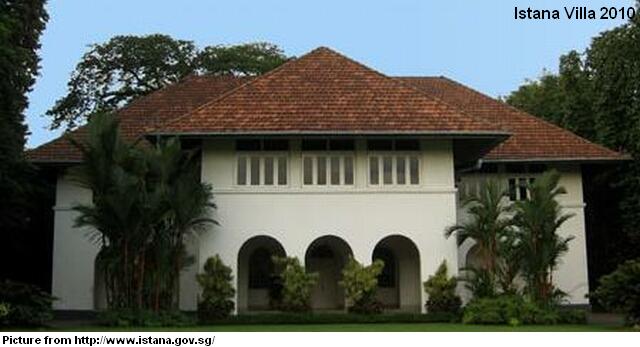 From independence to 1984, the bungalow was used as a state residence for prestigious foreign guests, such as China’s Deng Xiaoping and Malaysia’s Dr Mahathir Mohamad.

Leave a Reply to Ebal (Princess of Bugis) Cancel reply