A Walk Through The Old Neighbourhood – Serangoon Gardens

Serangoon Gardens was formerly a residential estate for the British (and some Australian and New Zealand) soldiers and airmen, where some of them were based in the nearby RAF (Royal Air Force) Chia Keng Camp, until the early seventies.

The name Serangoon is likely to be derived from burong ranggoon, referring to a species of black and white stork that lives around Sungei Serangoon (formerly called Rangoon River). Satu, or one in Malay, was added to the name, thus becoming Saranggoon. This name was used for a long period of time before it eventually evolved to Serangoon. During the Japanese Occupation, large plots of flower farms were cultivated in this region, leading to the naming of the estate as Serangoon Gardens.

Serangoon Gardens was developed in the early fifties by Steven Charles Macey, a British private developer who also worked as an engineer at RAF. Due to its limited accessibility from other parts of Singapore in its early days, and for the benefits of the residents, Macey sought approval from the Singapore Rural Board to build a recreational clubhouse on a 5.56 acres of land. Completed in 1956, Serangoon Gardens Sports Club was opened exclusively to the residents of Serangoon Gardens at a monthly membership rate of $2.

The clubhouse underwent major changes over the decades. It was renamed as Serangoon Gardens Recreation Club after the British withdrew from Singapore in the early seventies. However, the clubhouse suffered a decline in membership and had difficulty maintaining its facilities due to a lack of funds. In 1981, it was given a makeover under the proposal of Lau Teik Soon, Member of Parliament for Serangoon Gardens, and became the new Serangoon Gardens Country Club.

Due to the historical ties with the British, the network of roads inside Serangoon Gardens, more than 40 of them cramped into this small estate, are mostly named after places in Britain (England, Scotland and Wales):

Serangoon Gardens is fondly known as ang sar lee (红砂厘) by the local Chinese, referring to the red zinc roofs of the houses that once occupied this estate. In the old days, certain parts of Serangoon Gardens were given nicknames such as zhap ji cheng (十二千 or 12,000) and zhap si cheng (十四千 or 14,000), describing the approximate prices of the houses available in their respective areas. 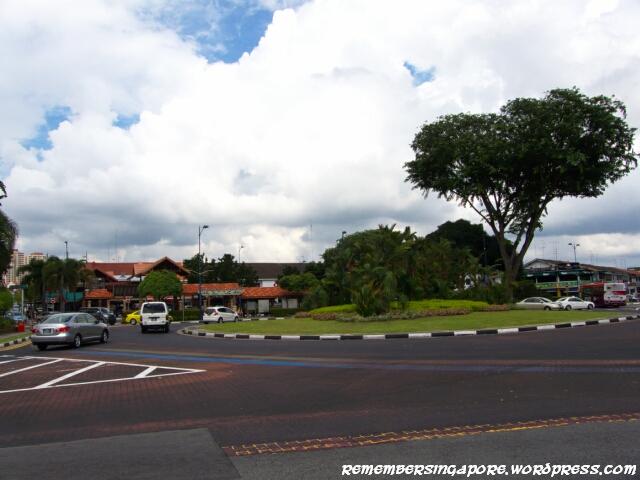 In the sixties, the street hawkers plied their trades at the location opposite where the hawker centre now stands. They were shifted and given stalls to continue their businesses after the new hawker centre was completed in 1972. The origin of the name “Chomp Chomp” is unknown; perhaps it was used to reflect the noise of frenzied eating. Chomp Chomp Food Centre had a major upgrading in 1998 where a new roof was installed.

Serangoon Gardens’ Paramount Theatre (百乐门戏院) was one of the most popular hangouts for the residents in the old days. Located at Maju Avenue, it was built in the late fifties. During that era, movie screenings in Singapore were not held at the same time islandwide. The popular movies were usually screened at the cinemas in the busy city district, such as Capitol, Cathay and Lido. Paramount, being located at the relatively ulu estate, could not compete with the likes of the mighty Shaw, but nevertheless able to provide a series of popular English and Chinese films to their audience.

The decline of the movie industry in the seventies saw part of Paramount Theatre leased out to other retail businesses. Occupying a large 11,700 square feet, NTUC (National Trades Union Congress) opened its Fair Price supermarket here in 1974, just a year after its debut at Toa Payoh. By 1983, the cinema of Paramount could no longer survive and had to shut down. DBS (Development Bank of Singapore) set up a branch in the building in 1991, and subsequently, restaurants, cafés, confectioneries and even tuition centers moved in. The building of the former Paramount Theatre was renamed as Serangoon Gardens Village.

Today, the once sleepy neighbourhood is buzzing with life once more. A new mall named myVillage now stands in the site of the old Paramount Theatre (Serangoon Gardens Village), which was demolished in 2009. It is the prized asset of local developer Chye Lee & Sons, whose late father owned the former Paramount Theatre. 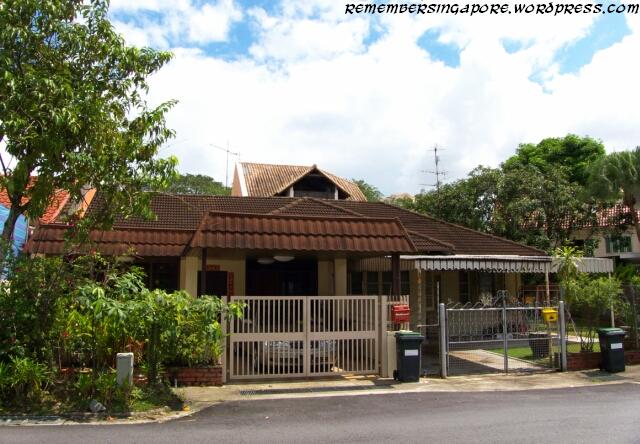 Both singular and plural versions have been used since Serangoon Gardens was first developed in the fifties.

195 Responses to A Walk Through The Old Neighbourhood – Serangoon Gardens