Rediffusion And Its Glorious 63 Years

Rediffusion has officially walked into the history books as the midnight struck on the 30th of April 2012, bringing down the curtains of its glorious 63 years of operation.

It was 1949 when the first office of Rediffusion was set up here at Clemenceau Avenue. Rediffusion first started in London in 1928, before expanding to Asia after the Second World War, establishing in then-British colonies such as Hong Kong, Malaysia (Kuala Lumpur, Ipoh and Penang) and Barbados.

During that era, the radio broadcasting technology remained largely at AM (Amplitude Modulation), which was often disrupted by noises and interferences. In contrast, the crystal clear sounds provided by the Rediffusion cable radios proved to be a big hit in Singapore. Thousands subscribed to its monthly rate of $5, a considerably large amount by the standards of that era, to enjoy radio programs in English, Malay, Indian and several Chinese dialects. 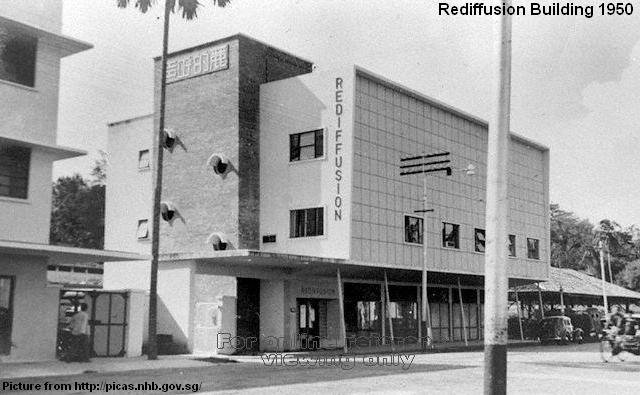 Legendary storytellers such as Lee Dai Soh 李大傻 (Cantonese), Ng Chia Kheng 黄正经 (Teochew), Ong Toh 王道 (Hokkien) and Chong Soon Fat 张顺发 (Hakka) helped Rediffusion cement its leading position in radio broadcasting from the fifties to seventies. Lee Dai Soh (1913 – 1989), in particular, mesmerised countless listeners with his charming narration of classics such as Monkey God and Return of the Condor Heroes. The programs in dialects were so popular that by the seventies, Rediffusion’s subscription rate hit almost 100,000. 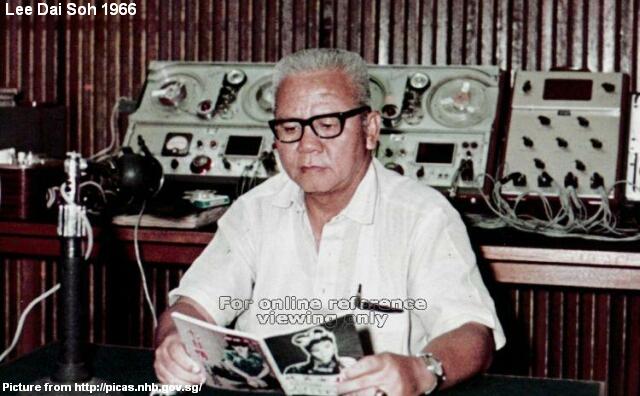 One of Rediffusion’s most prominent English DJs in the past was Roger Kool (Roger Kiew, 1954 – 2005). He was the first blind DJ (Disc Jockey) in Singapore, overcoming his physical disability when he made his debut on the air in 1973 at an age of only 19.

Roger Kool had a huge following of fans during his time at Rediffusion, which lasted until the late eighties. The catchy “ding ding ding” bell ring sounds and the Dial-A-Joke program were some of his highlights. 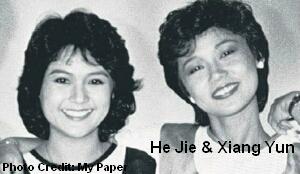 In the early seventies, a booming Rediffusion was eager to groom many local broadcasting talents. Some of them, such as Xiang Yun and Mark van Cuylenberg (The Flying Dutchman), are still active in the local entertainment realm today. In order to attract new fans, Rediffusion also came up with many unprecedented ideas such as live broadcasting at shopping malls, interviews with stars, call-in games and lucky draws.

In 1967, the Radio Television Singapore (RTS) launched four FM (Frequency Modulation) radio stations with high quality sounds that posed a threat to Rediffusion’s advantage. Fierce competition in the radio broadcasting arena also caused Rediffusion to lose some of its brilliant talents. In 1982, Rediffusion suffered another blow as its dialect programs were ordered to cease in conjunction of the Speak Mandarin Campaign launched in 1979. 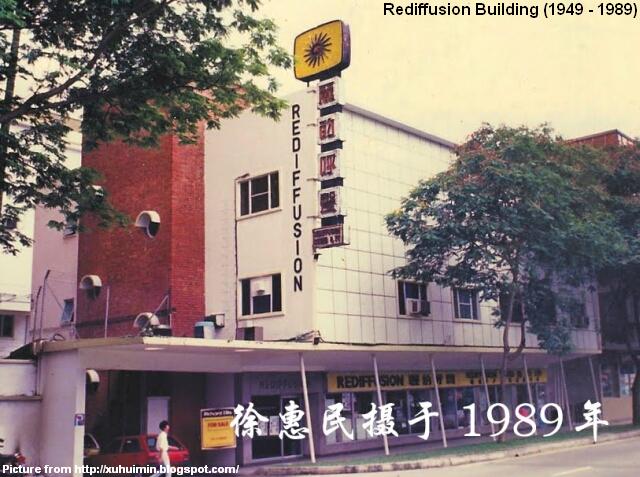 The iconic building of Rediffusion at Clemenceau Avenue was demolished a year later after the ownership of Rediffusion in the United Kingdom changed hands in 1988. The rising popularity of new FM radio stations and the failure in its application to switch to the free-to-air broadcasting right in the nineties determined the fate of Rediffusion. By 2006, it had only 8000 subscribers. 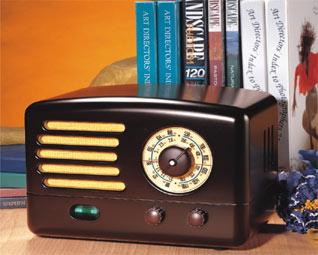 The pace in the society and technology might be too great even for an old established brand to keep up. Both Rediffusion Hong Kong and Rediffusion Malaysia were taken over in 1973 and 1997 respectively. For Rediffusion Singapore, the final moment came in 2012 when the former broadcasting giant decided to cease its 63-year-old operation after failing to find new investors. It is truly a sad day for many of its supporters, especially the older dialect-speaking generations who have depended on Rediffusion as their main source of entertainment.

15 Responses to Rediffusion And Its Glorious 63 Years