Posted on February 15, 2014 by Remember Singapore

I was doing some spring cleaning for Chinese New Year two weeks ago, and “rediscovered” a box of toys which I have played during childhood. The box has been hidden in a corner of the storeroom for many years, and I have long forgotten that I once spent many hours playing with these plastic figurines. 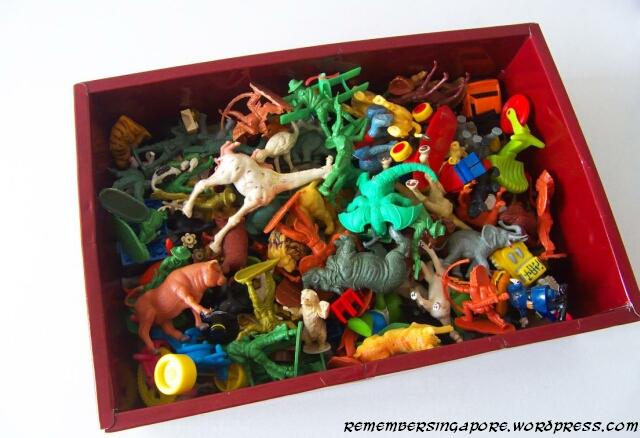 Flimsy and covered with flashes and burrs, these cheap plastic toys, most of them made in China, would probably fail the quality tests by today’s standard. Nevertheless, they were still fun to play with, as they stretched a child’s imagination in building a miniature farm or zoo. It also helped in his learning and identifying of different species of animals.

Children today may shun these types of “boring” toys; they probably prefer playing their virtual zoos or other games on smart phones and tablets. 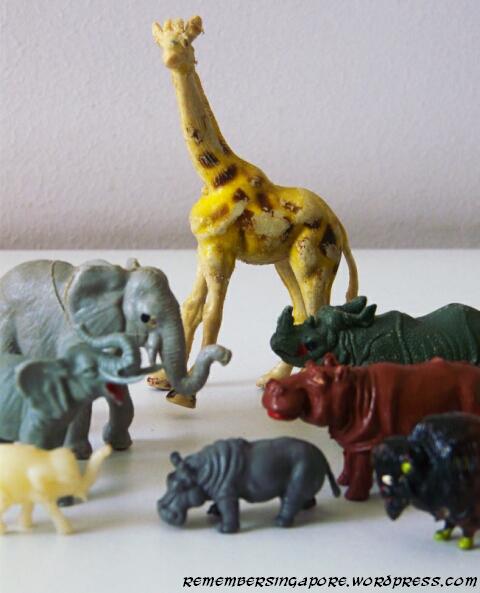 Hippopotamus and rhinoceros. Two of the long English words I first came across as a kid.

The green leopard and red kangaroo do seem a little odd here, but the colours of other animals are quite reasonably accurate. 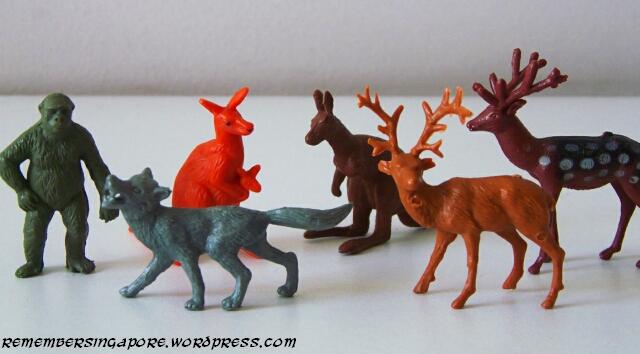 They even come in the shapes of different types of dinosaurs!

Of cos, a boy’s masak-masak would not be completed without toy soldiers. 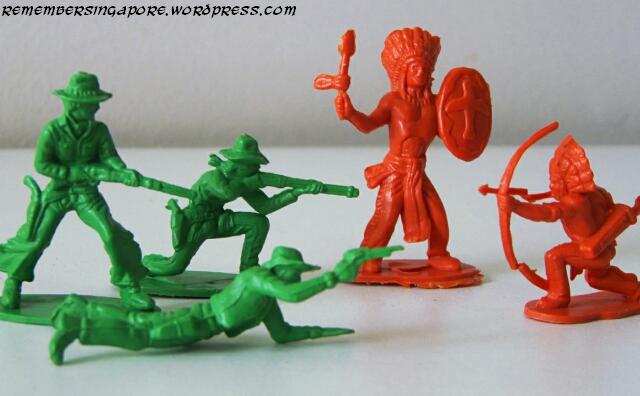 Influenced by the Western culture, figurines in the forms of cowboys and Red Indians were also common. But I later realised that there were stereotypical depictions: the cowboys were always deemed as cool and heroic, while the Red Indians were backwards and barbaric. 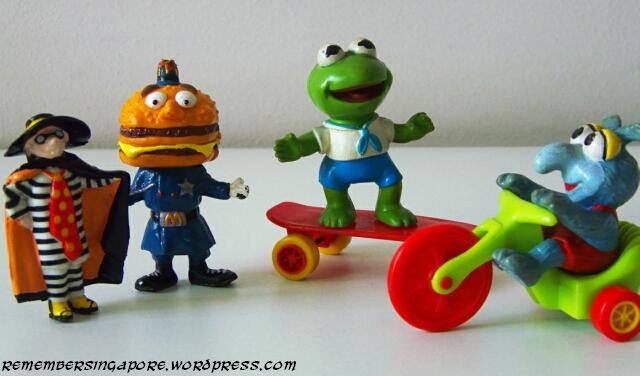 McDonald’s figurine collectibles were also popular back then.

Like many other boys of my generation, my favourite toys were the Transformers and M.A.S.K., but I never managed to own any sets. I remember I used to loiter at the toy departments of Yaohan or OG, looking enviously at the different types of Autobots and Decepticons and telling myself I would buy them all when I grow up. I never did.

Do you still keep your childhood toys?

This entry was posted in Nostalgic and tagged Masak-Masak, Singapore 1980s, Vintage Toys. Bookmark the permalink.

14 Responses to “Rediscovering” My Childhood Toys