A Flashback to Singapore 1982 Through Old Geography Textbooks (Part 2)

Posted on September 28, 2014 by Remember Singapore

The secondary 2 edition of the good old geography textbooks we have used some 30 years ago touches on various topics, such as the environment, interaction, growth and change, hierarchy, unity and diversity. 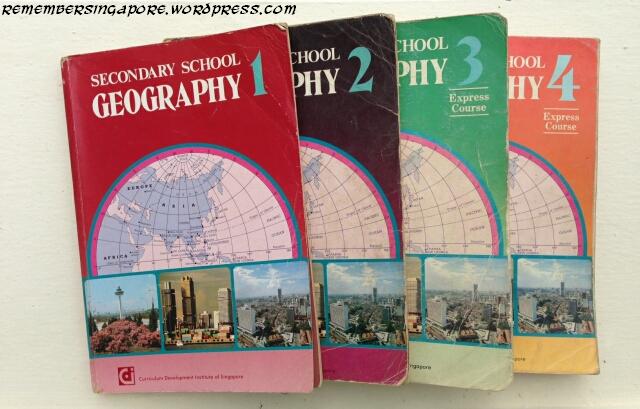 Like the other editions, there are many maps, illustrations and photos in this textbook that can bring us back to feel how the life was in Singapore in the early eighties.

A set of rattan furniture with a 20″ CRT television. That was perhaps the standard design of a living room for a middle-income family. 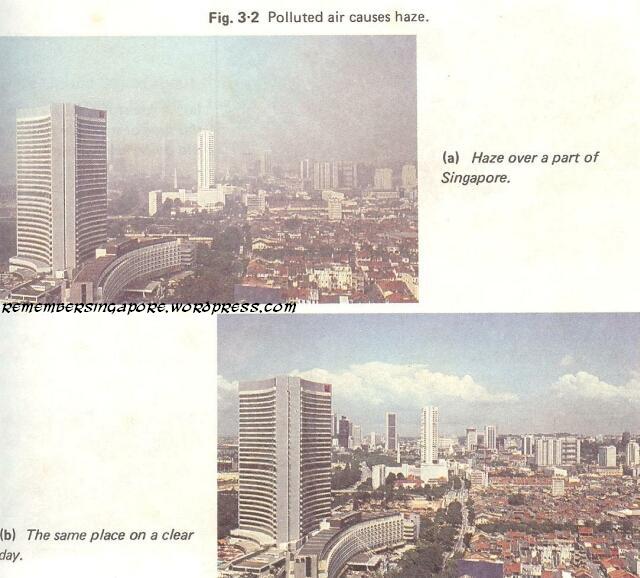 Haze was not uncommon back then. Records show that Singapore was affected by polluted air, although not on a yearly basis, since the seventies. The smokey days were mostly caused by massive forest fires at Sumatra and East Kalimantan. 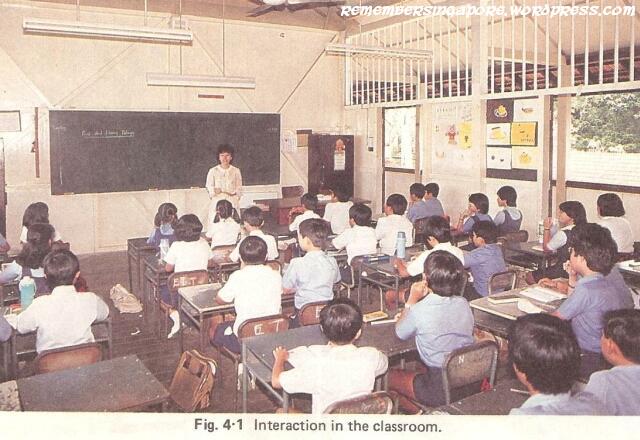 A class of some 30 students. A stern-looking teacher standing in front of a large blackboard with white chalks. That was the typical classroom scene of the eighties we were once familiar of. 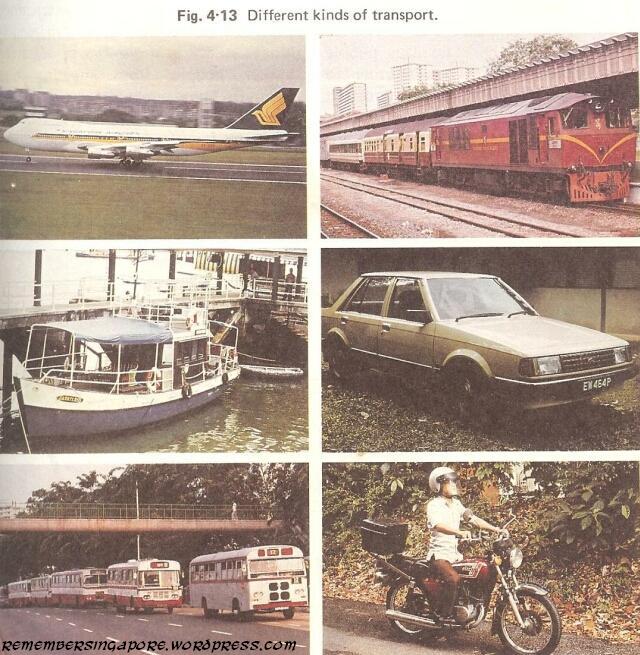 Various kinds of transport, private or public, of Singapore in the early eighties were displayed in the photo above. One glaring difference as compared to the present day; there was no MRT yet. 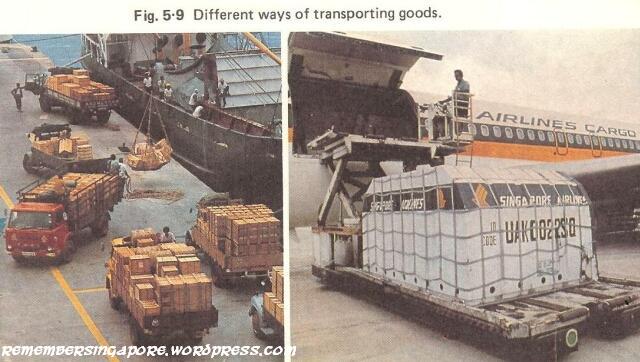 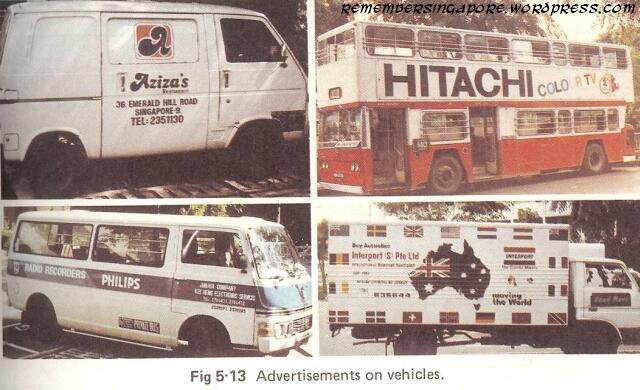 Notice the phone number on the van’s advertisement which had seven digits. Prior to 1985, fixed line numbers in Singapore existed in five or six digits. As the demand for new phone numbers rose in the early eighties, the seven-digit format was introduced. 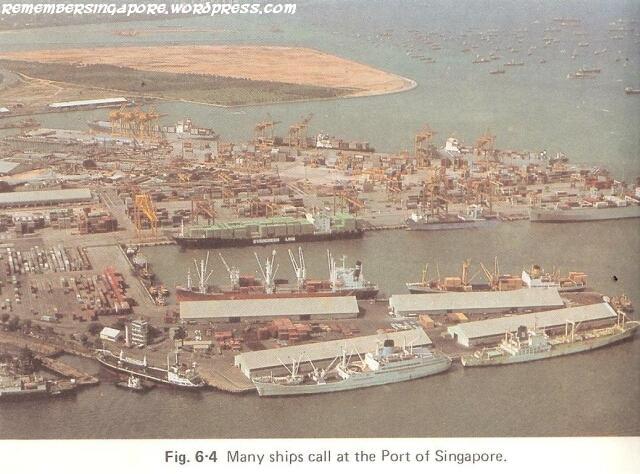 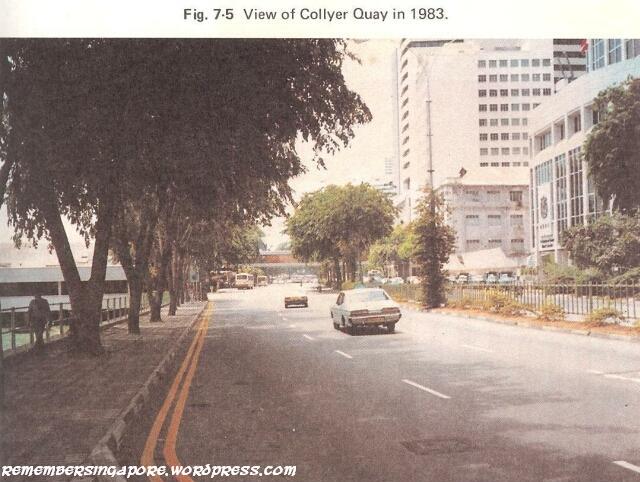 The prominent overhead bridge used to span across Collyer Quay, connecting together Aerial Plaza and the Singapore Rubber House and Winchester House on the other side. A popular place with tourists and foreign sailors for bargain hunting, the Change Alley offered a wide range of goods such as watches, bags, shoes and clothing. Numerous money-changers, both legal and illegal, also ply their trades here.

In 1989, the old Change Alley was shut down when the Singapore Rubber House and Winchester House were demolished. Today, Change Alley, and the overhead bridge, is a modern mall with a mixture of retail shops and restaurants. 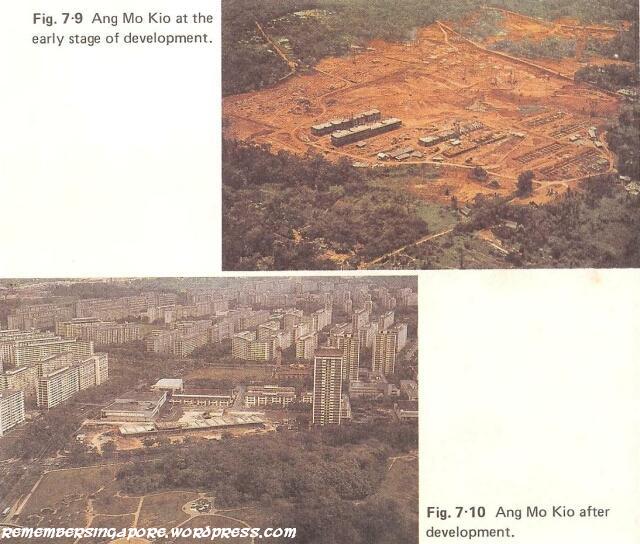 Plans to develop Ang Mo Kio as a self-sufficient new town started as early as 1973. It was the seventh housing estate to be developed by the Housing and Development Board (HDB). By the late seventies, the six neighbourhoods of Ang Mo Kio was generally completed with streets, markets, schools, community centres and places of worship. 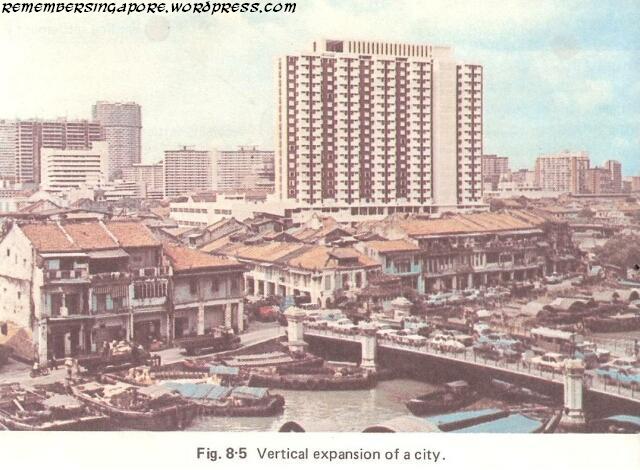 The Singapore River was then filled with twakows and tongkangs (traditional light good-carrying vessels). The cleaning up of the Singapore River began in 1977, and took ten years for the river to be freed of pollution, garbage and old wooden bumboats.

In 1984, the first “Swim Across Singapore River” was held successfully, followed by a series of water activities such as the “Singapore River Regatta” (1985), “River Carnival” (1986), and the “Dragon Boat Race” (1987) that demonstrated the new-found cleanliness of the river. 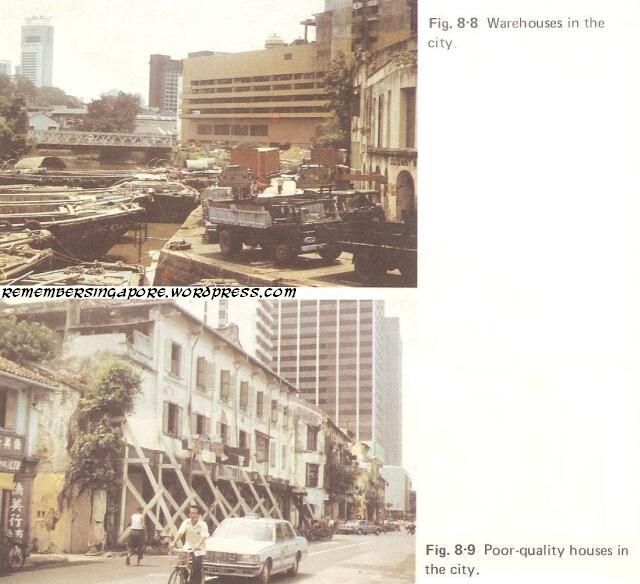 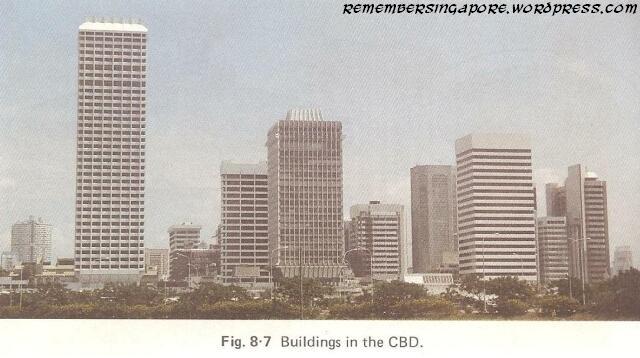 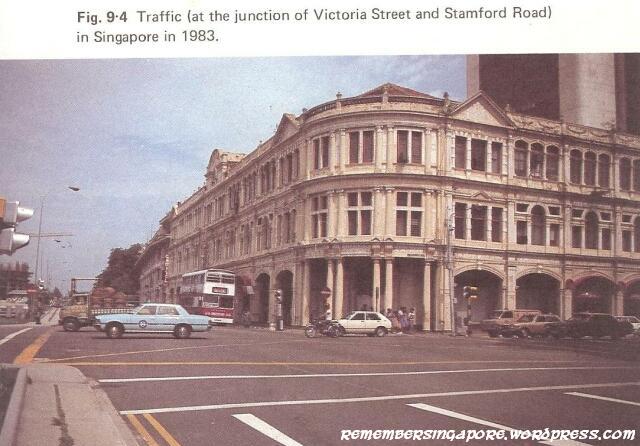 Originally known as the Oranje Building, the Victoria-styled Stamford House was designed and constructed in 1904 by prominent architect Regent Alfred John Bidwell (1869-1918), who also built the Raffles Hotel and Goodwood Park Hotel.

In 1984, the Stamford House was acquired for conservation by the Urban Redevelopment Authority (URA). It was given a restoration at a cost of $13 million in the mid-nineties. 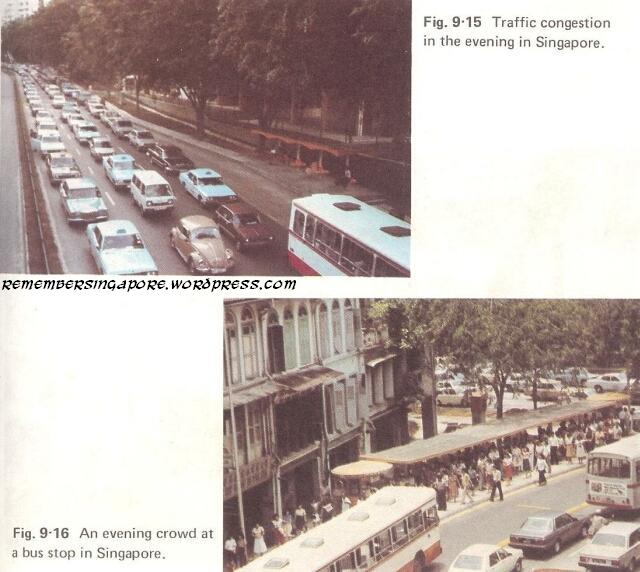 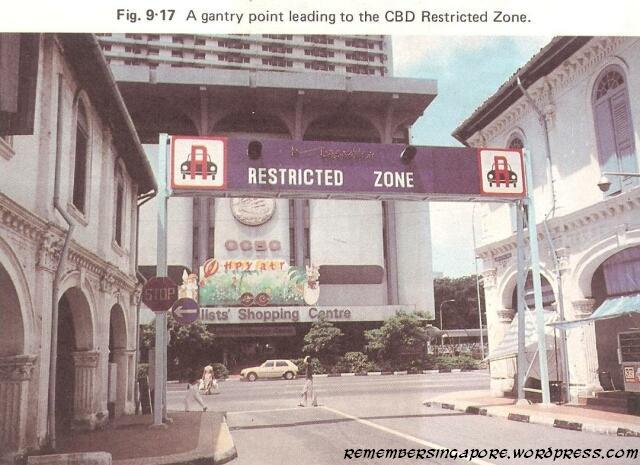 Three features in the above photo that had already vanished in today’s context. The first was the road between the two rows of shophouses. Emerald Hill Road was then linked to the main Orchard Road. In August 1985, Emerald Hill Road was designated by URA as a conservation area with its Peranakan buildings preserved. Part of the road was shut down and redeveloped into the covered walkways of the new Peranakan Place.

With the road closed, the overhead gantry of the Area Licensing Scheme (ALS) at Emerald Hill Road was removed. ALS was started in mid-1975 to control the traffic entering the downtown area. It was later replaced by the Electronic Road Pricing (ERP) scheme. The third was the Specialist Shopping Centre, built in the early seventies and operated for more than three decades before it was demolished in 2008. During its heydays, it housed John Little, the oldest department store in Singapore, and the 392-room Hotel Phoenix. 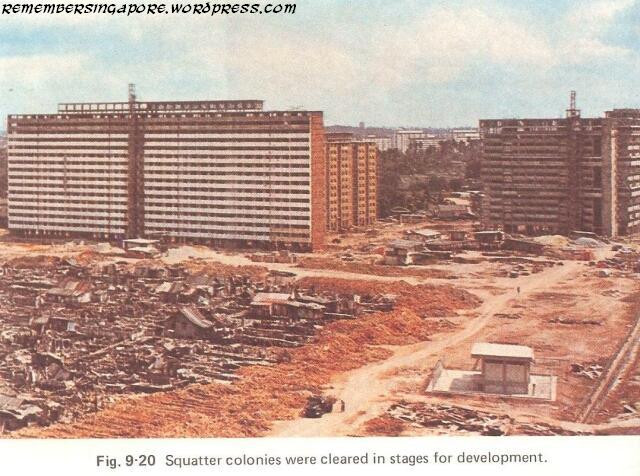 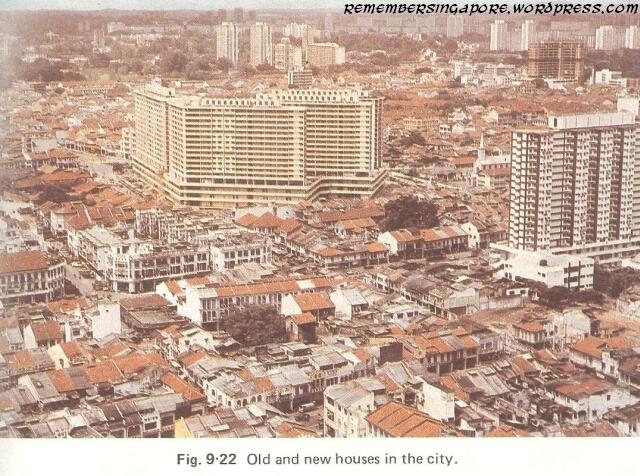 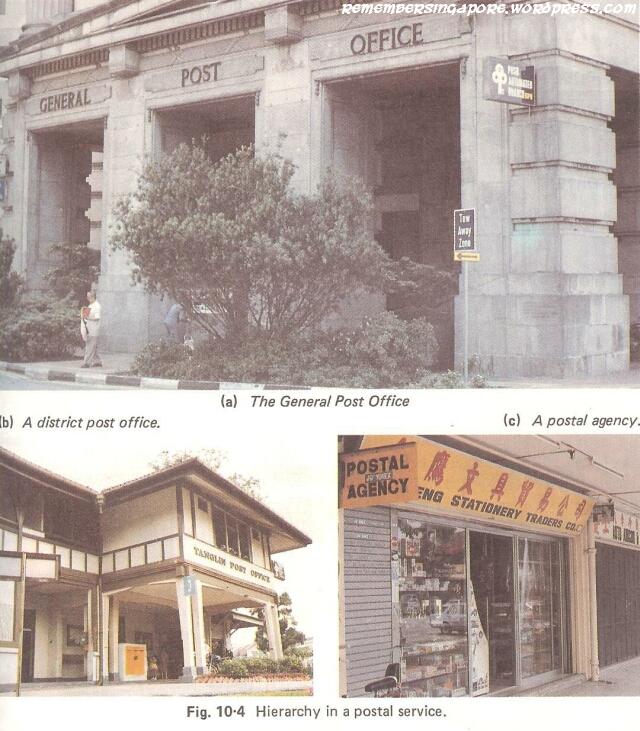 The General Post Office, in 1928, became the anchor tenant of the Fullerton Building, just two weeks after its official opening. From there, it operated for almost seven decades, before the post office headquarters, fondly known as “GPO” by Singaporeans, was relocated to the new Singapore Post Office building at Eunos Road in the late nineties. The Fullerton Building was then acquired by Sino Land for $400 million, which converted it into a boutique hotel named The Fullerton Hotel in 2001.

The double-storey colonial building of Tanglin Post Office, on the other hand, was also a prominent landmark, having existed at Tanglin Road since the early 20th century. It was eventually demolished in 2008.

Hong Kong Street, located between New Bridge Road and South Bridge Road, used to have many trading houses and wholesalers doing businesses in the shophouses. Today, the street is better known for the bars, clubs and boutique hotels. 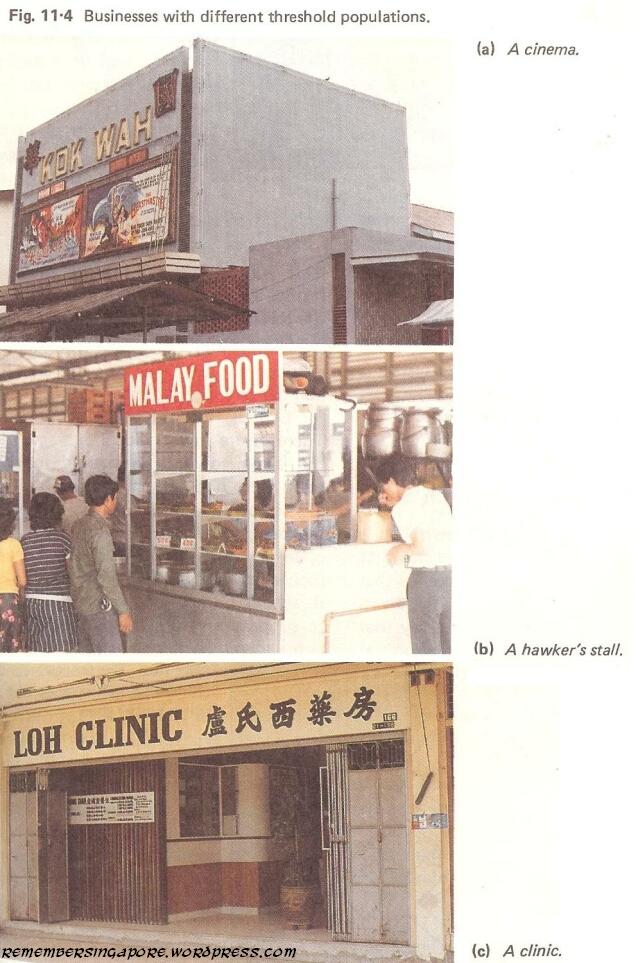 Typical old provision shops, like the Tan Seng Thye Provision Shop at Alexandra Road, used to be a common sight at the HDB neigbourhoods. Selling everything from dried food and instant noodles to cigarettes and batteries, there were as many as 1,200 provision shop in Singapore in the seventies. Since then, their number has been dwindling due to stiff competition from the minimarts, convenience stores and supermarkets. 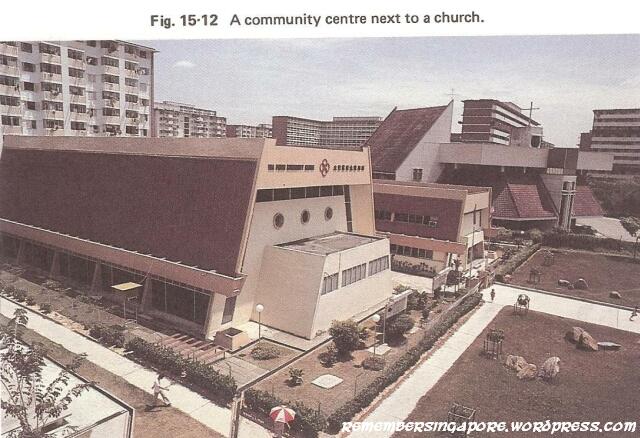 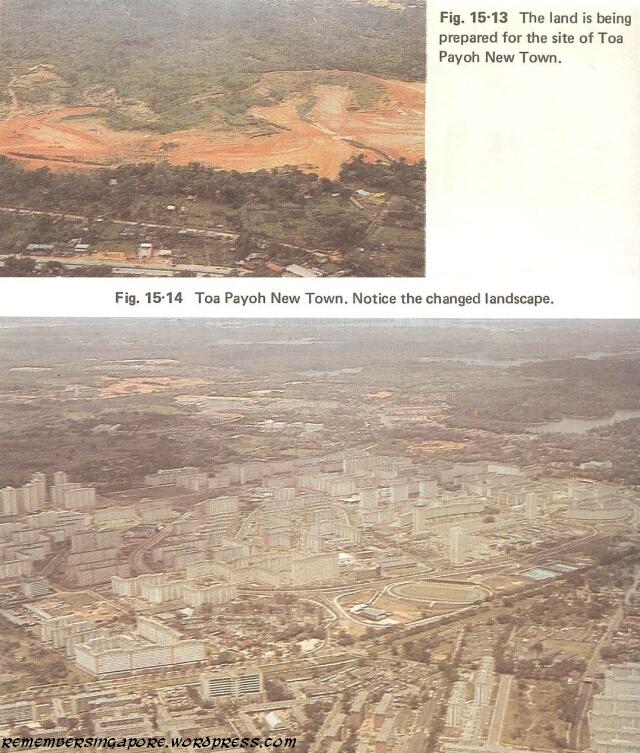 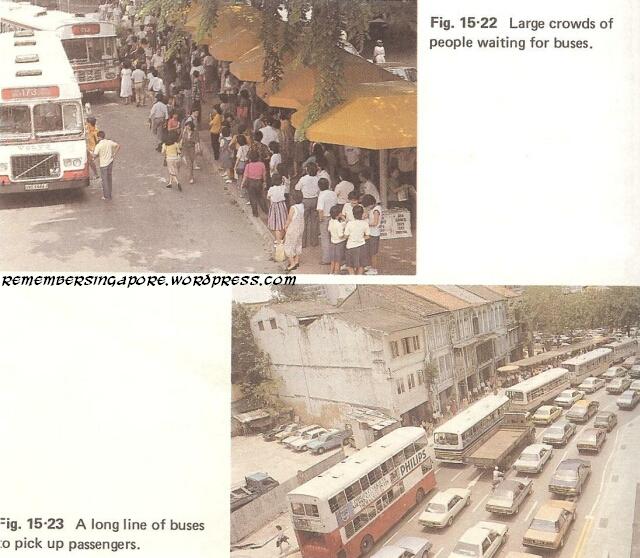 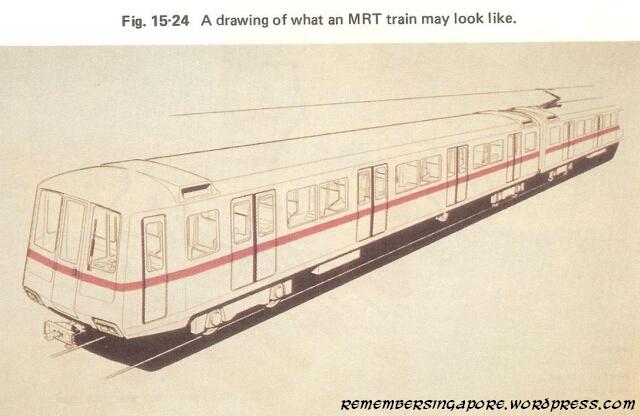 The decision to introduce rail-based MRT system was finalised in 1982, after a decade of feasibility studies. Tunnel burrowing and stations’ construction began shortly after. The first MRT stations were opened in late 1987 between Yio Chu Kang and Toa Payoh of the North-South (NS) Line.

The new MRT system was a great success, both in technical achievement and public opinion. Just three weeks after the opening of the NS Line, the MRT recorded its first millionth ridership. 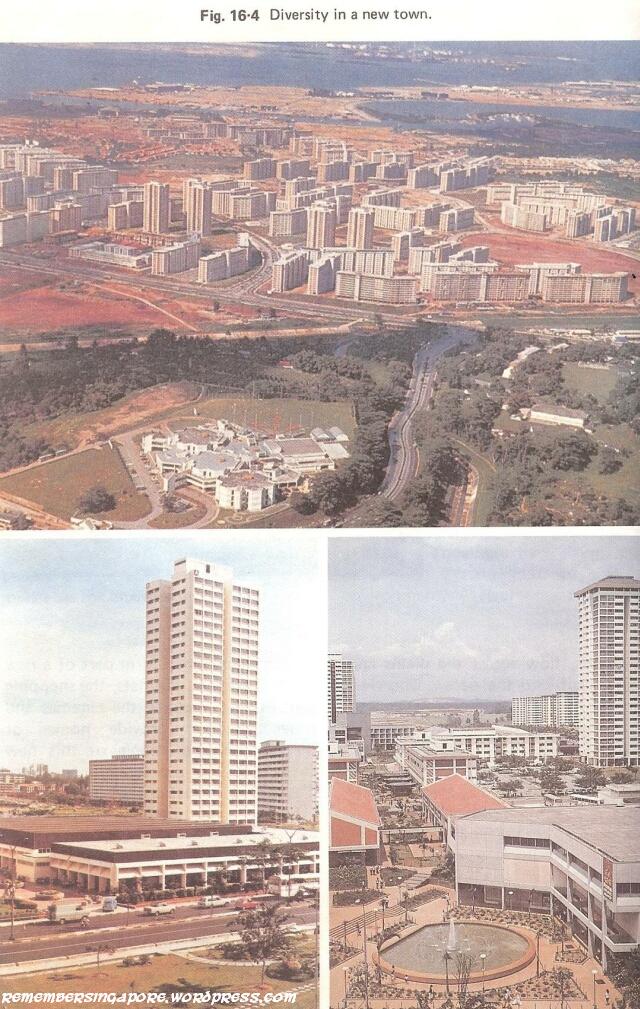 Singapore’s population in the early eighties stood at around 2.5 million. After a series of birth controlling services and campaigns by the Family Planning and Population Board (1966-1986), Singapore’s total fertility rate (TFR) dropped below 2.1 in 1977. It was the first time the TFR dropped below the replacement rate since independence.

By 1984, policies were introduced to get singles hitched. Three years later, the “Have Three or More if You Can Afford it” campaign was launched in anticipation that the birth rate would recover by 1995. It never did. 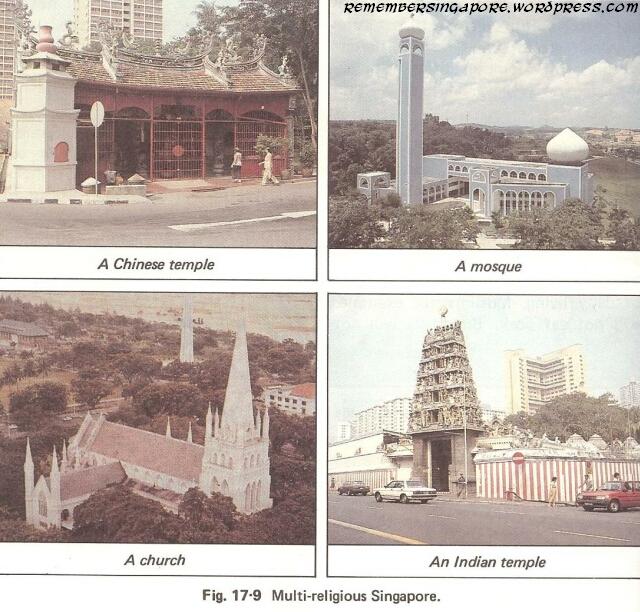 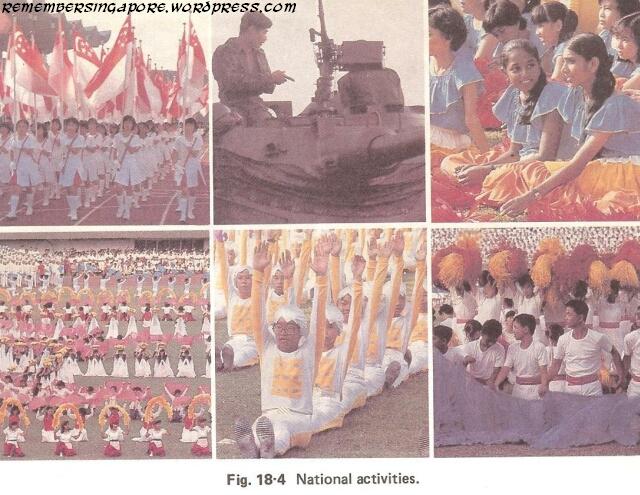 Back to A Flashback to Singapore 1982 Through Old Geography Textbooks (Part 1).