Posted on October 2, 2014 by Remember Singapore 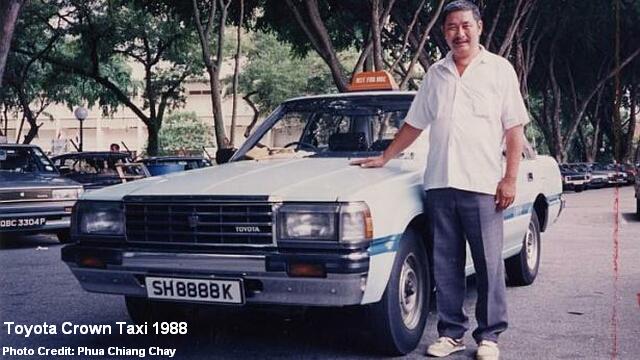 Other than the models, how have Singapore’s taxi-cabs evolved in the past 100 years?

Prior to the 1920s, rickshaws were widely used in Singapore. Imported from Japan since 1880, the hand-drawn taxi-cabs provided a major form of public transport to both the upper and lower class. Although rickshaws were eventually banned in 1947, the Municipal Commissioners were already aiming to replace the rickshaws with small taxis in the 1920s.

Engine-driven type of taxi-cabs started to appear in 1920, when Ford touring cars, painted in light yellow with black fenders, became available at Raffles Place, charging passengers at a rate of 40 cents a mile with an additional 10 cents for every quarter mile. The first true taxi-cab, designed and fitted with a Ford chassis, an economic carburetor and ample seating accommodation, was brought into Singapore only nine years later.

The Borneo Motors Limited imported the taximeter in 1930 as an experimental device for taxis in Singapore. The meter had been used in other countries such as Rangoon and Calcutta for many years. Fitted at the running board of the taxi, the driver would pull down the “For Hire” flag whenever a passenger boarded the vehicle, and the mechanism in the meter would start registering the fare. The taximeters, however, did not become a compulsory device for taxis until years after the Second World War.

The first yellow top taxis were brought into Singapore in 1933 by the Wearne Brothers, founded in 1906 and later became the sole agent of the Ford cars in the Straits Settlements, to primarily serve in the city area. The response was generally positive; a year later, Wearne Brothers established a subsidiary named General Transport Company to launch taxi services in other Malayan cities such as Malacca, Penang and Kuala Lumpur.

Just after the end of the Second World War, the Singapore Hire Car Association (SHCA) and Singapore Taxi Transport Association (STTA) were formed with the approval of the Registrar of Vehicles to protect the interests of their members plying the trade of taxi drivers. The associations would also step in to provide legal services to the drivers in times of conflicts.

In 1946, the official basis of charges for taxis in Singapore was set at 30-cents-a-mile by the Road Transport Department.

An Austin 1949 model arrived in Singapore in November 1949 as the colony’s first ever London-type taxi, causing quite a stir as pedestrians and passengers gazed at the vehicle with interest. Designed with a capacity to carry five passengers, the new taxi, however, was out of reach for most drivers due to its high cost of $7,000.

In order to provide a fairer service to the public, taximeters were finally introduced on a wider scale in Singapore by the City Council in the early fifties. The new scheme was not well-received, as the taxi drivers felt that it was a practice for passengers to bargain and pay fares below the authorised rates, and the introduction of taxi meters would disrupt their business. Nevertheless, the Singapore Taxi-Owners Co-operative Motor Garage and Stores Society Limited, a major taxi company in Singapore, became one of the first taxi companies to adopt the meters. By the end of 1953, all taxis in Singapore were required to install the taximeters.

Other new measures also generated negative responses. In 1954, a plan to install radio telephones in the 1,500 taxis in Singapore was met with protests and objections due to the high installation fees that cost as much as $800.

In 1957, the City Council wanted to add more taxis on the road, and this, too, was met with objections as it would increase the competition and reduce the taxi drivers’ and owners’ earnings. Moreover, pirate taxis were running rampant in Singapore, taking away a large share of the legal drivers’ business. The same year also saw the restriction of taxis travelling freely between Singapore and the Federation of Malaya. Prior to 1957, vehicles could travel in both territories without restriction.

The number of taxis in Singapore, by the end of the fifties, had ballooned to 11,500. Most of them were under the Singapore Taxi Transport Association, Singapore Hire Car Association, Singapore Taxi Drivers’ Union and Singapore Hock Poh Sang Taxi Drivers’ Union. The increasing number of taxis indirectly led to a higher number of accidents on the road, averaging 2,000 per month. While the accidents were not entirely due to the taxi drivers, their eagerness to pick up passengers and road manners often put them in unfavourable situations with the Traffic Police.

By the sixties, there were more than 36,000 licensed taxi drivers in Singapore, where 90% of them belonged to three major taxi companies in the Singapore Taxi-Owners Co-operative Motor Garage and Stores Society Limited, STTA and Sharikat Sir Kemajuan. STTA is the only one still existing today, providing coverage for the private taxi owners identified by their yellow top vehicles.

Pirate taxis continued to be a source of issues in the sixties. Anyone could register their private cars as taxis, and used them to ferry passengers at arbitrary rates. Some, known as “Ali Baba”, were controlled by rogue operators that owned fleets of poorly-maintained vehicles at their territories. Taxi licenses were often traded by them at exorbitant values. In the mid-sixties, as many as 4,000 pirate taxis were running on the roads everyday. 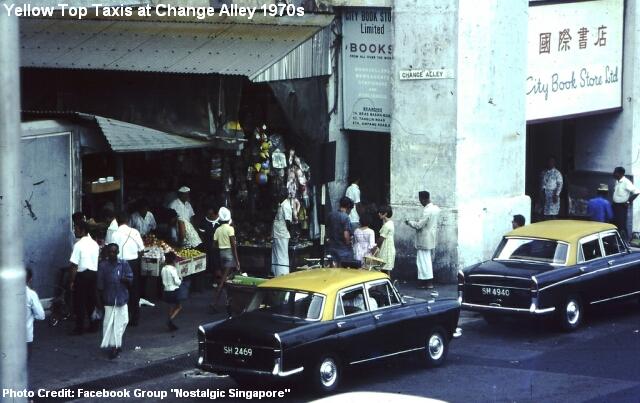 In 1970, the NTUC Workers’ Co-operative Commonwealth for Transport was established with a fleet of 1,000 taxis. It would later become NTUC-Comfort, the largest player in the local taxi-cab industry for decades. Taxi licenses became non-transferable in 1973; the new taxi licenses were only issued to NTUC-Comfort.

The total number of taxis in Singapore in 1970 numbered about 10,500, but most of them were still pirate taxis. It led to the introduction of diesel tax, one of several measures by the government to wipe out pirate taxis. Facing uncertainty and unemployment, many pirate taxi drivers decide to switch to licensed taxis with NTUC-Comfort, or became bus drivers or conductors. By July 1971, pirate taxis in Singapore were officially “eradicated”.

The radio taxi service had been present since the fifties, but it was never popular with the public due to its unreliability. The pirate taxis also played a part then, as the commuters could easily booked one instead of calling the legitimate taxis. 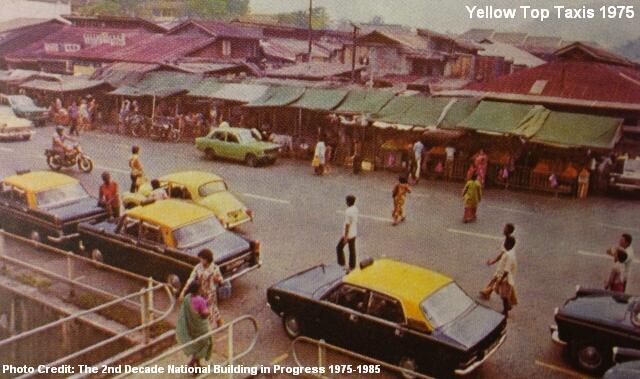 In 1976, the radio taxi service started by the Singapore Taxi Owners and Drivers Co-operative Store Society, which had 190 taxis under its charge, finally proved to be a success with the public with easy-to-memorise dial-in numbers such as 363636 and 363333. In just the first eight months of service, the organisation had received 50,000 booking calls. 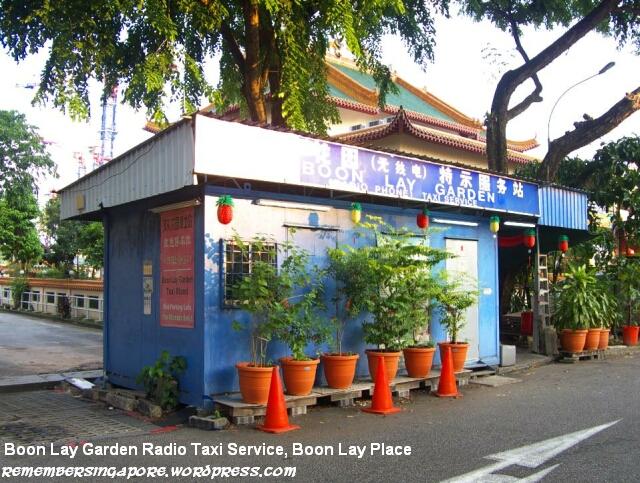 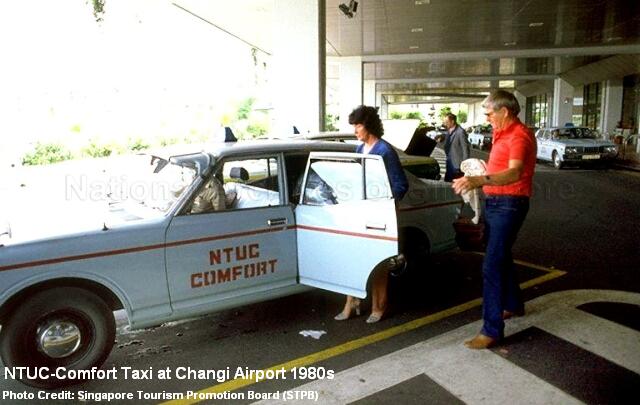 Air-conditioned taxis were introduced in 1977, a move welcomed by the public. More measures for taxis were rolled out in the eighties. In 1982, radios were allowed to be installed in the taxis. In the same year, front-seat seat belts were made compulsory. In the early eighties, NTUC-Comfort made a step ahead of others by changing all their taxis’ mechanical taximeters to electronics ones. By 1984, all taxis in Singapore were required to be fitted with the electronic meters. 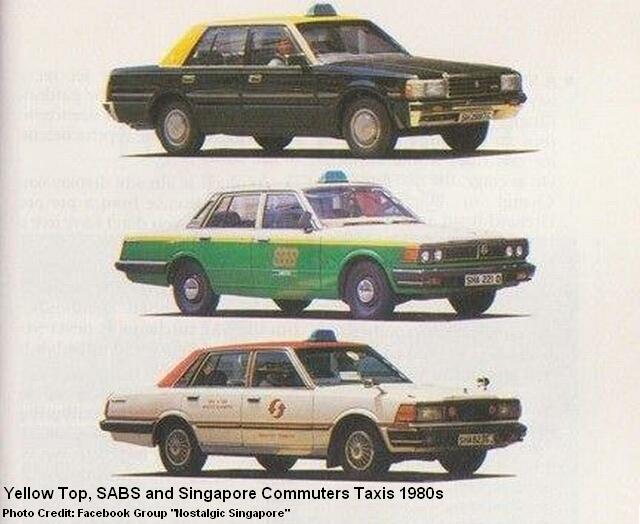 There were 11,668 taxis running on Singapore roads by 1985, shared by the Singapore Commuters, NTUC-Comfort, Singapore Airport Bus Services (SABS) and SBS Taxi. NTUC-Comfort continued to own the largest taxi fleet, with almost 6,300 cars, whereas there were only 300 taxis under SABS.

In 1995, CityCab was formed by the merging of SABS, SBS Taxi and Singapore Commuters. A year later, it became the first taxi company in Singapore to launch a luxurious fleet of Mercedes E300 taxis. A 7-seater named MaxiCab was also introduced by CityCab in the late nineties.

Today, there are six taxi companies in Singapore, namely Comfort, CityCab, SMRT, TransCab, Premier and Prime. The green SMART Cab, established in 1991, was the latest taxi operator to exit the industry after failing to meet the Quality of Service requirement set by the Land Transport Authority (LTA) in 2013.

Other than the six taxi operators, there are around 500 yellow top taxis in Singapore driven by their individual owners. The licenses of these yellow top taxis allow their owners to drive the vehicles until the age of 73, which means the yellow top taxis, running on the roads since the 1930s, will probably vanish in the next decade or so.

13 Responses to Taxi! Taxi! The Evolution of Singapore’s Taxi-Cabs