Posted on November 27, 2014 by Remember Singapore

Kusu, St John’s and Lazarus Islands belong to collective group known as the Southern Islands that is currently taken care by the Sentosa Development Corporation. The other islands under their charge are Sentosa, Pulau Seringat, Sisters’ Islands (Pulau Subar Laut and Pulau Subar Darat) and Pulau Tekukor (also known as Pulau Penyabong or Turtle Dove).

Other than private charters, there is only one ferry service, provided by the Singapore Island Cruise, to fetch the visitors from Marina South Pier to the Kusu and St John’s Islands. 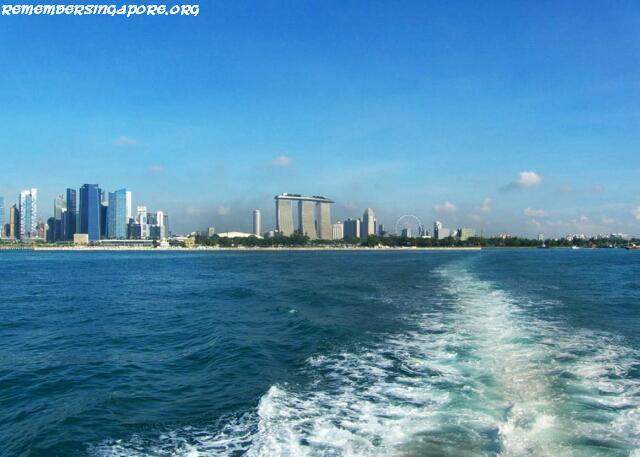 Located about 5.6km south-western of Singapore, Kusu Island is a small island with many variations in its name. Originally called Pulau Sakijang Pelepah, it is also known as Peak Island, Pulau Kusu, Pulau Tembakul, Goa Island as well as “Tortoise Island”.

Records show that as early as the 1870s, Kusu Island was already famous in the region for its “holiness”. And pilgrims had been visiting the island at the start of the 19th century, even before the arrival of Sir Stamford Raffles.

In 1923, a wealthy businessman called Chia Cheng Ho built a Taoist temple to dedicate to Tua Pek Kong (or Da Bogong 大伯公), also known as the God of Prosperity to the Chinese, and Guanyin, the Goddess of Mercy. By the 1930s, in every ninth month of the Chinese calender, thousands of people would flock to the sacred island for their annual pilgrimage trips, taking sampans and motor boats from the congested Johnston’s Pier.

Arriving at the Tua Pek Kong Temple, the devotees quickly laid out their offerings of candles, joss sticks and money, fruits and “nasi kunyet“, a type of home-made yellow rice, for the gods. In return, they prayed for good health, wealth and safety. A yellow string, to be worn around the wrist, would be given by the shrine to the devotees as a preventive against accidents and evil spirits. Sometimes, flowers were purchased to be used for bathing, so that sins and misfortune can be washed away. 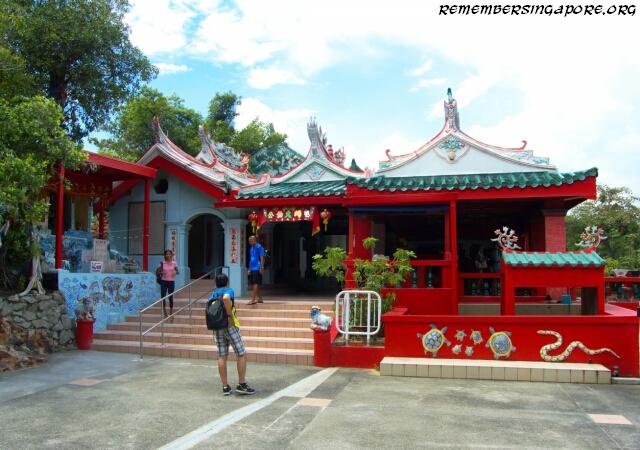 The Malay Kramats (holy shrines) were built at the top of a small hill in the early 20th century to commemorate a pious family – Dato Syed Abdul Rahman, his mother Nenek Ghalib and his sister Puteri Fatimah Shariffah. According to the tradition, a pilgrim had to climb 152 steps to reach the Kramats. It was said that if he could not complete the journey, he would be considered impure in his heart. Devotees would usually pray for five blessings, namely wealth, marriage, fertility, good health and harmony. 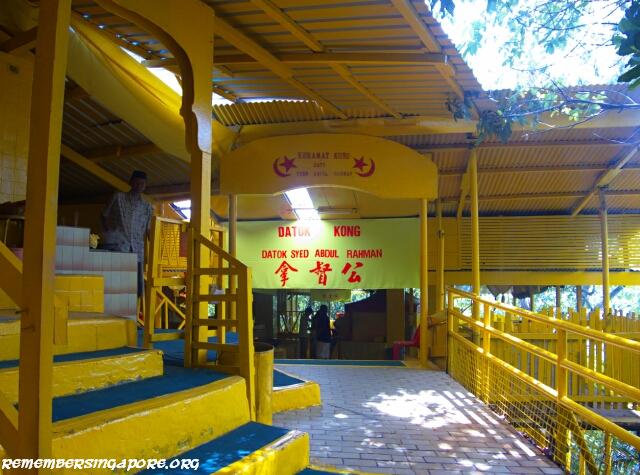 Outside the shrine, numerous stones were hanged on the trees and fences; they represented the vows by the devotees, which would be taken off each year after their pledges were fulfilled. Many devotees still practice this tradition today. 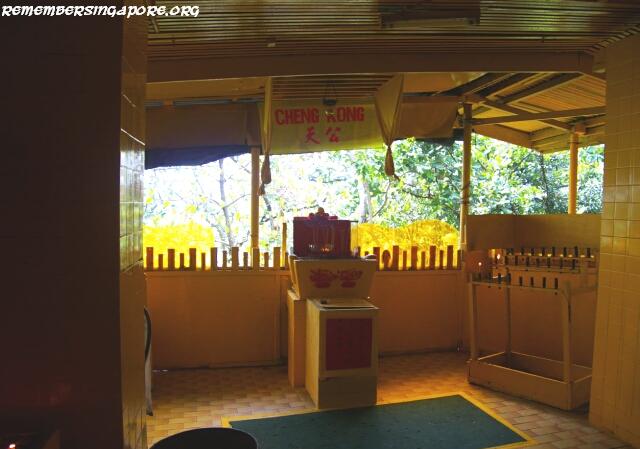 The Legends of Kusu

There were many fascinating legends about Kusu Island; one legend tells how a giant tortoise miraculously turned into an island to help a group of drowning fishermen.

Another one was the sworn brotherhood between a Chinese and Malay fisherman after their death. The Chinese fisherman had suffered a fit during a fishing trip and, after his death, was buried at the southern part of Kusu Island by his friends. A tombstone was erected in remembrance of dead fisherman, who was well-liked for his generosity and willingness to help others. The fishermen believed the dead spirit of their friend would continue to help them and other travellers out in the seas, looking after and protecting their safety.

As for the Malay Kramat shrine, the legend began when the Malay fisherman became the Kramat of Kusu after he was the first Malay to be buried on the island. One night, all the Malay and Chinese fishermen in the village had the same dream. In their dreams, the two dead fishermen who were buried on the island had become sworn brothers, and their relatives and friends were to visit Kusu once a year to pay respect.

Another legend, a lesser known one, was about the gods of the Tanjong Pagar hill who travelled across the waters to Kusu. Many years ago, the hill that stood opposite of the Tanjong Pagar Police Station had been slated for development. However, due to the difficulties faced during the leveling of the hill, it was decided that dynamites would be used to break up the hill. That night, five Arabs were spotted taking a sampan to Kusu.

Before arriving at the island, the passengers vanished, leaving the sampan man shocked and bewildered. The only explanation he could come up with was that the five passengers were the gods of the hill. The legend spread and was favourably received by the public, adding an even “holier” touch to Kusu.

A popular and famous temple caretaker used to live at Kusu Island for as long as 80 years. Ng Chai Hoong, also fondly known as “Bibi”, moved to Kusu from mainland Singapore in around 1870. The Tua Pek Kong Temple then was still a small ramshackle hut. She and her husband See Hong Yew took care of the matters in the temple until the mid of the 20th century.

Ng Chai Hoong passed away in 1950 at a ripe old age of 100. She was buried at the slope of the hillock opposite her home at Kusu. Years after her passing, devotees still visited her grave to pay homage. 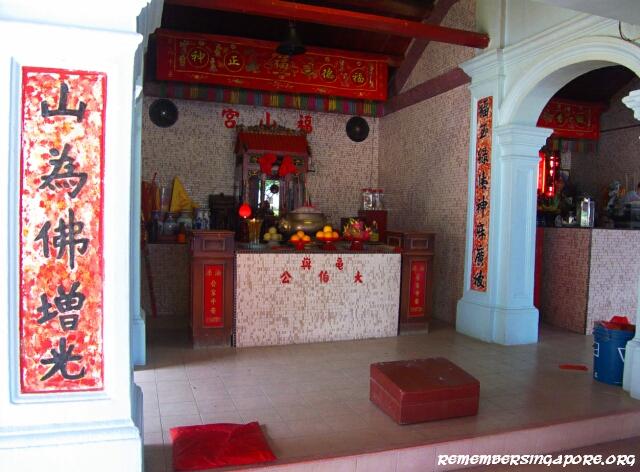 In the 1960s, tens of thousands visited Kusu each year. Owners of the tongkangs, charging $2 per head for a two-way trip to the island, were reported to have earned a total of $25,000 in the month of pilgrimage. Hawkers selling food, joss sticks and candles also made their way to Kusu to enjoy a brisk business. With increasing crowds every year, the then-Marine Department in 1965 ruled that, for public safety, permits would be required for boats ferrying the people on pilgrimage trips to Kusu.

In September 1972, the Sentosa Development Corporation was established to oversee the development of Pulau Belakang Mati (today’s Sentosa) into a holiday resort. The statutory board was also tasked to manage other southern islands, including Kusu and Saint John’s Islands. 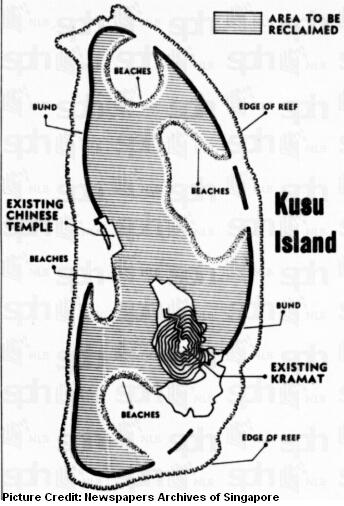 The 1.2-hectare Kusu Island was reclaimed and merged with another tiny coral island in 1975, a project undertaken by the Port of Singapore Authority (PSA), to become the current size of 8.5 hectares (about 12 football fields). The strip of sand that used to be under the waters during high tides, separating the Chinese temple and the Malay Kramats, was covered.

Ferry services were also started in the same year, taking visitors to Kusu from Clifford Pier and the former World Trade Centre Ferry Terminal. Amenities such as public toilets, lagoons and a hawker centre were built (vacated today except during the period of pilgrimage).

By the late 1970s, Kusu Island had become the second most popular island, after Sentosa, in the Southern Islands group. An estimated 235,000 visited the island in 1979, although a large portion of the visitors were pilgrims. The Sentosa Development Corporation was keen to attract more people to visit the island for picnics and enjoy its idyllic scenery by the lagoons.

St John’s Island’s original name was Pulau Sekijang Bendera which means “Island of One Barking Deer and Flags”. The island had a significant history, where it was used as a quarantine station, detention centre and rehabilitation centre in the 100 years between 1870s and 1970s. 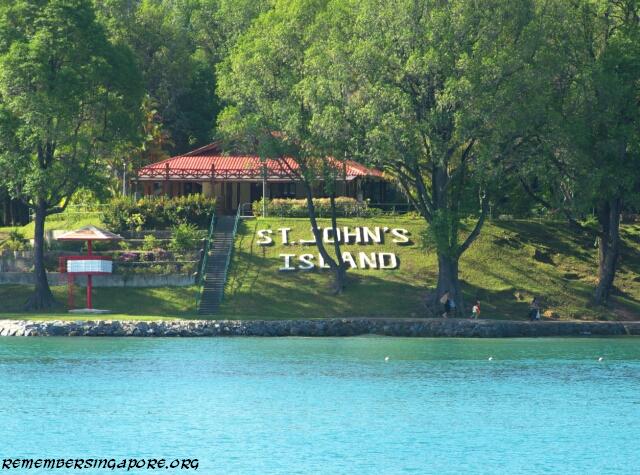 Records show that St John’s Island was designated as a quarantine station as early as the 1870s. In 1873, a cholera epidemic took away 357 lives in Singapore. A year later, Qing China suffered a serious plague outbreak. Due to the massive arrival of Chinese immigrants, a plague hospital was built at St John’s Island, and thorough inspections of ships coming to Singapore were carried out.

More than $300,000 were spent on the development of St John’s Island Quarantine Station since 1903, and as many as eight million people were inspected in the following twenty years. 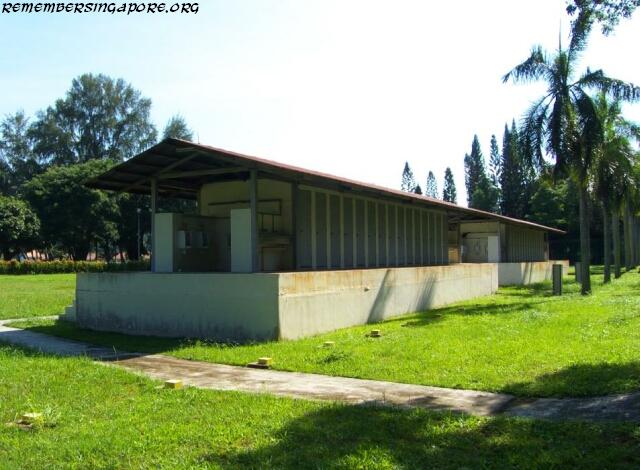 In the early 20th century, St John Island also had its police station, located in front of the long jetty, with a Sikh force of one corporal and twenty men. Equipped with water tanks, pipelines, condensing house and rain water-retention facilities, the island was self-sufficient in the fresh water supplies. Staff quarters, steam boiler houses, storerooms and patient wards were built within the vicinity of the camp. 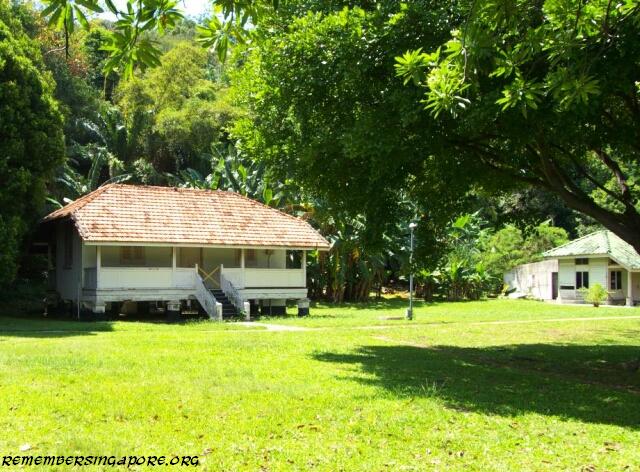 The oldest building on the island was the Superintendent’s sea-facing bungalow. It was constructed in 1894, at the time when China suffered the serious plague outbreak. The single-storey Tudor-styled bungalow is still standing today, although it is in a derelict state after being abandoned for many years. 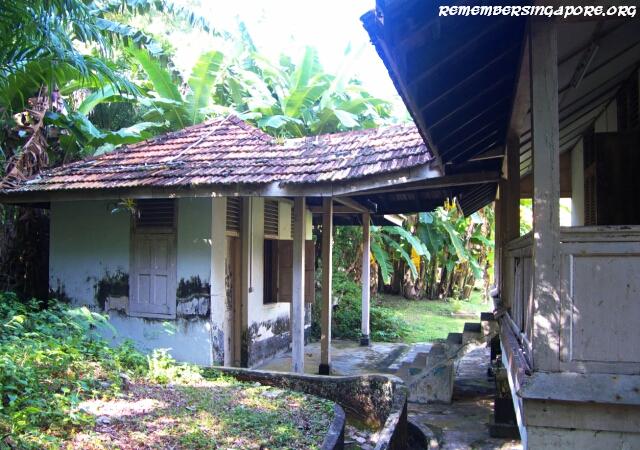 By the 1920s, the quarantine station was one of the largest in the world, with sufficient accommodation for 6,000 people at the same time. Each year, the island’s two launches, named Hygeia and Crow, carried out disinfection of some 2,000 ships. 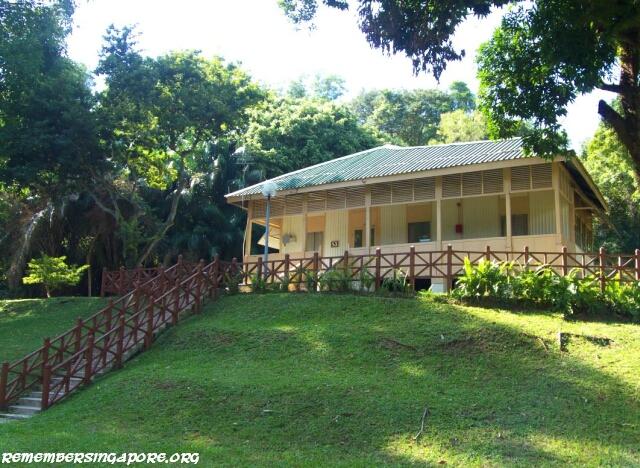 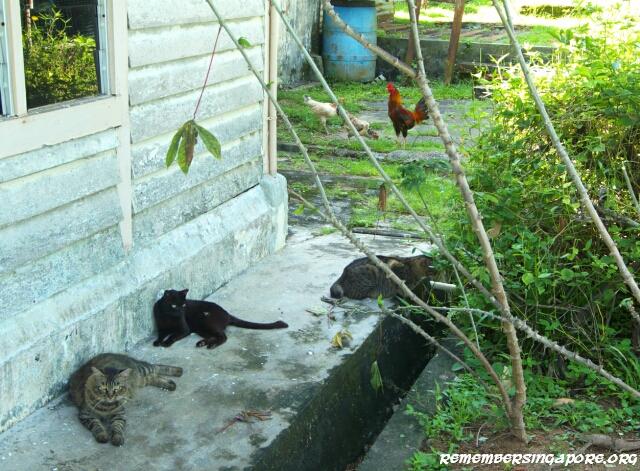 Along with Kusu Island and other Southern Islands, St John’s Island was taken over by the Sentosa Development Corporation in the seventies. The drug rehabilitation centre was shut down in 1975, and over the years, the island was redeveloped into a resort that is popular with campers and students today. 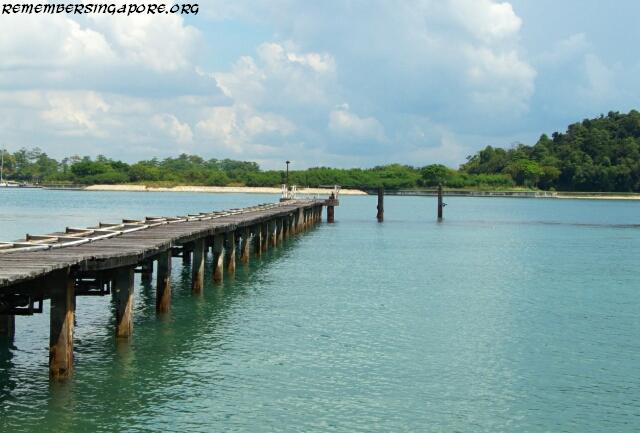 There used to exist several convict prison confinement sheds on Lazarus Island in the late 19th century. The sheds were left abandoned after a prisoner, who was sentenced to life imprisonment on the island, made a successful escape. In 1902, a fire destroyed all the remaining sheds. The island was caught in another major fire in 1914, where almost all its vegetation was burnt down.

Like Kusu Island, Lazarus Island had numerous graves of those who had succumbed to various infectious diseases on the nearby St John’s Island. For a period of time, the island was forbidden ground to the public. Others were Muslim tombstones of the former villagers on the island. Today, the graves no longer exist as most of them had been exhumed in the late nineties.

In the sixties, Lazarus Island was used as a radar base fitted with a light-mast and high-frequency omni-directional range equipment for civil aviation. The equipment generated signals that could reach a distance of 200 miles, where they would be picked up by aircrafts coming into Singapore. The pilots could then accurately guide their planes along the selected tracks, thus ensuring the safety of all aircrafts. A Master Attendant used to be stationed on the island, taking care of the daily operational tasks. 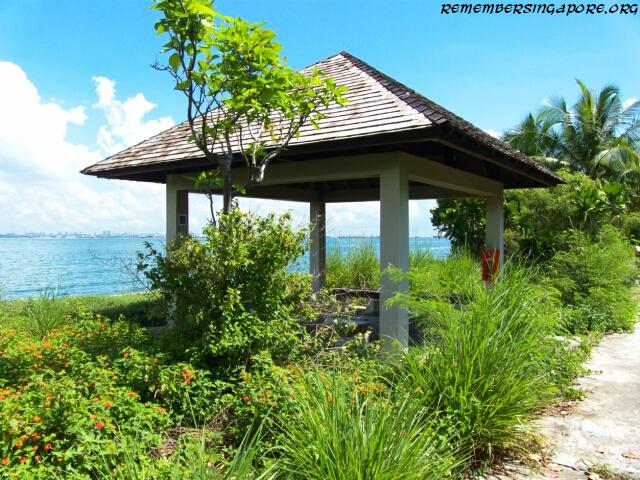 By the seventies, Lazarus Island, along with other Southern Islands, were taken over by the Sentosa Development Corporation. In 1976, some $11 million was spent on the land reclamation of Lazarus Island, Buran Darat and Pulau Renggit. Lazarus Island was earmarked for recreation development, with swimming lagoons, a family holiday camp, game courts, boatels and scuba-diving facilities proposed.

Pulau Renggit was also called Pulau Ringgit. In the early 20th century, some ninety Malay fishermen and a Chinese storekeeper had lived on the island. Their annual rent was a nominal dollar, which gave rise to the name of the island. Pulau Ringgit Kechil was another island forty yards away. Surrounded by a reef, it was a tiny coral isle with less than a dozen trees. Both were eventually absorbed as part of the enlarged Lazarus Island.

“Children of the Sea” 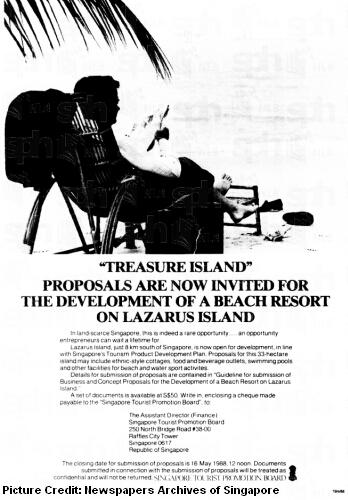 Lazarus Island had several Malay villages in the sixties and seventies. In 1963, the villagers welcomed former Prime Minister Lee Kuan Yew when he visited the island in his Southern Island Tour.

There was even a Pulau Sekijiang Pelepah Malay School, which created a sensational headline in 1970 when they won a host of trophies and smashed many records in the Radin Mas District Primary Schools swimming tournament.

Dubbed as “the Children of the Sea”, the participants were said to have trained in the rough waters around Lazarus Island for two months before the competition.

Development of the Island

By the eighties, Lazarus Island was almost emptied, with most islanders relocated to mainland Singapore. In 1988, the Singapore Tourist Promotion Board (STPB) invited interested parties to submit proposals to develop Lazarus Island as a beach resort. The development plans, however, never materialised.