On 23 March 2015, Singapore fell into a grieving state as Lee Kuan Yew, widely regarded as the country’s founding father, passed away at the age of 91 at the Singapore General Hospital (SGH). The former prime minister had been battling an infection due to severe pneumonia, and was warded in the intensive care unit since early February. He left behind two sons (current Prime Minister of Singapore Lee Hsien Loong and Lee Hsien Yang) and a daughter (Lee Wei Ling). 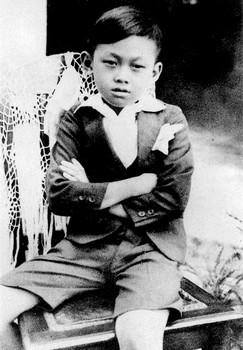 Lee Kuan Yew was born in 1923 in a Hakka Chinese family living at Kampong Java Road. His great-grandfather had arrived at Singapore in the late 19th century from the Dapu county of Guangdong, China. After completing his primary education, Lee Kuan Yew attended Raffles Institution and Raffles College (present-day National University of Singapore), where he became the top student in Singapore and Malaya.

After the Second World War, Lee Kuan Yew went to study law at England’s prestigious University of Cambridge, graduating with double First Class Honours. It was also at London where he met and married Kwa Geok Choo (1920-2010). In 1949, Lee Kuan Yew returned to Singapore with his wife, working as a lawyer and a legal advisor to trade and students’ unions. 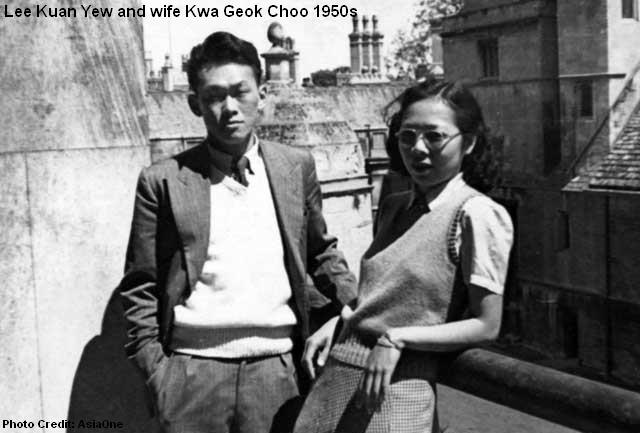 It was in the fifties when Lee Kuan Yew began involved in politics. In 1954, Lee Kuan Yew, together with Toh Chin Chye, Goh Keng Swee, Devan Nair, S. Rajaratnam and Abdul Samad Ismail, founded the People’s Action Party (PAP) with a mission to seek Singapore’s independence from Britain through merger with the Federation of Malaya. Together with his comrades, mostly made up of lawyers, journalists and trade unionists, Lee Kuan Yew aimed to establish a corruption-free and democratic government in-charge of a multi-racial society that would be harmonious and fair.

In its early days of formation, English-speaking Lee Kuan Yew and his PAP had to work closely with the pro-communist members in order to gain support of the local Chinese, most of which could only communicate in Mandarin and dialects. Lim Chin Siong (1933-1996), the leader of the pro-communist faction, was influential in helping PAP to gain mass support. The cooperation, however, ended in 1961 due to different political ideas. Lim Chin Siong would leave PAP to lead the opposition party Barisan Socialis (Socialist Front). 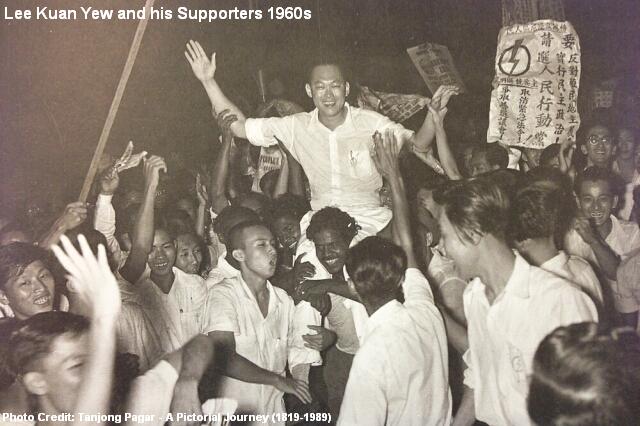 In 1959, after three rounds of Constitutional Talks with London, Singapore was granted internal self-governance. PAP would win most of the seats in the general election held that year to become Singapore’s ruling party, with Lee Kuan Yew becoming the Prime Minister of the self-government. He would become the Prime Minister of the State of Singapore when PAP won another general election after the merger with Malaysia in 1963.

The uncompromisable differences meant that Singapore had to exit the federation, and on 9 August 1965, Lee Kuan Yew tearfully announced on television Singapore’s separation from Malaysia: “You see, the whole of my adult life, I have believed in merger and the unity of these two territories. You know that we, as a people are connected by geography, economics, by ties of kinship“

Lee Kuan Yew believed Singapore, a nation with limited natural resources, would require strong diplomatic relationship with other countries in order to survive. Shortly after independence, Singapore joined the United Nations (UN) and became a member of the Commonwealth. In August 1967, Singapore, together with Malaysia, Indonesia, Thailand and the Philippines, formed the Association of Southeast Asian Nations (ASEAN) with the objectives to promote economic development, social progress and regional stability against the influx of communism.

The Singapore-Indonesia ties, however, had been deeply soured due to the execution of the two Indonesian saboteurs who were involved in the MacDonald House bombing during the Konfrontasi (1963-1966). After a brief discussion with former Singapore’s Ambassador to Indonesia Lee Khoon Choy (born 1924), Lee Kuan Yew, on his official visit to Indonesia in 1973, decided to pay respect at the Jakarta Kalibata Heroes Cemetery by sprinkling flowers onto the graves of the two Indonesian marines. The move clearly won the hearts of many Indonesians who held strong Javanese beliefs in souls and clear conscience.

Many Indonesian newspapers carried headlines describing Lee Kuan Yew as a magnanimous person. This helped to break the ice between the leaders of Singapore and Indonesia. Trust between the two countries were gradually restored, and for the next two decades, Singapore and Indonesia enjoyed a peaceful and beneficial bilateral ties. Lee Kuan Yew also maintained a close friendship with Suharto, the President of Indonesia between 1967 and 1998, until the latter died in 2008.

Beyond Southeast Asia, Singapore was also actively establishing diplomatic relations with the major countries in the world. Bilateral ties with The United States and Japan were established shortly after the country’s independence.

Lee Kuan Yew also placed importance on good Sino-Singapore relations. He first visited China in 1976. Until 2011, Lee Kuan Yew had made a total of 33 official trips to China, and was one of the few in the world who had met all five Chinese leaders in Mao Zedong, Deng Xiaoping, Jiang Zemin, Hu Jintao and Xi Jinping. 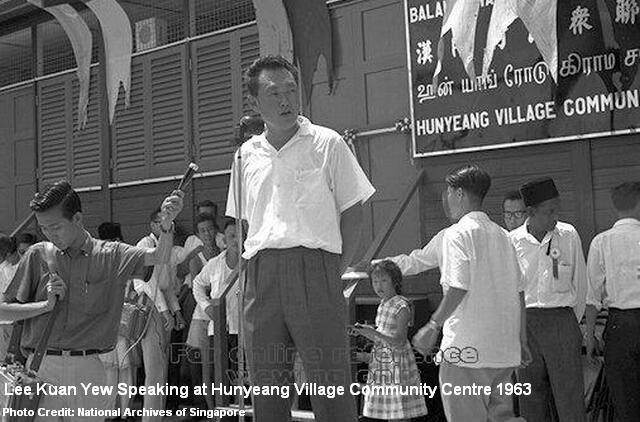 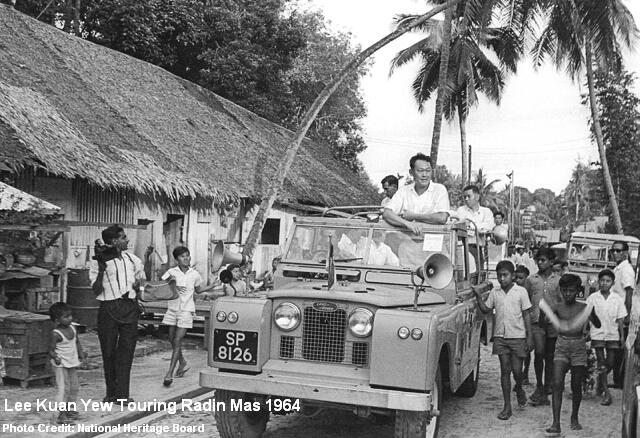 Over the years, Lee Kuan Yew had built up a no-nonsensical reputation although some viewed him as a tough leader ruling with an iron fist. He made it clear many times that he would not allow any events to affect the country’s stability and undermine national interests.

This was demonstrated in late 1980, when a strike by the Singapore Airlines Pilots Association’s (SIApa) expatriate pilots threatened to escalate into a crisis. The month-long strike for higher pays and better benefits had already disrupted many international flights. With the 1980 General Election around the corner, Lee Kuan Yew stepped in and confronted the pilots with an uncompromising stand. He demanded, in one of his rally speeches, that the pilots end their strike: “I will, by every means at my disposal, teach you, and get the people of Singapore help me teach you, a lesson you won’t forget. And I’m prepared to start all over again. Or stop it!“

The pilots eventually backed down. SIApa was de-registered a year later, and 15 leaders that incited the strike were charged and convicted. Even after he retired as the Prime Minister of Singapore, Lee Kuan Yew would intervene again, this time as the Senior Minister, when a group of SIA pilots threatened to strike over disputed pay-raise in 2004.

Tourism had a difficult start in post-independent Singapore as it did not have many attractions. Lee Kuan Yew believed that Singapore could be different from other developing countries in a practical way. In 1963, Lee Kuan Yew planted his first tree. He kept his tree-planting tradition every year, and it later evolved into an islandwide campaign. Today, there are 2 million trees planted around Singapore, meeting Lee Kuan Yew’s original vision of Singapore being a well-known Garden City.

The cleaning up of the Singapore River was also one of Lee Kuan Yew’s proposals of a clean and green Singapore. Before the seventies, the Singapore River had a notorious reputation of being an extremely dirty and polluted waterway at the country’s commercial district. In 1977, Lee Kuan Yew issued a challenge to his Environment ministry: “It should be a way of life to keep the water clean. To keep every stream, culvert and rivulet, free from pollution.” “The Ministry of Environment should make it a target: In 10 years let us have fishing in the Singapore River and Kallang River. It can be done.“

The enormous task was given to Lee Ek Tieng (born 1934), the former chairman of the Public Utilities Board and then Environment Ministry Permanent Secretary, and his team. It took 10 years for the Singapore River and Kallang Basin to be successfully cleared of pollutants. By the mid-eighties, the river and its banks were no longer filled with garbage, bumboats, squatters and stench.

A language genius, Lee Kuan Yew was proficient in English and Malay, and understood Latin and Japanese. He once addressed the Malaysian parliament in perfect Bahasa Melayu that surprised many Malaysian leaders.

In his thirties, Lee Kuan Yew also learnt and mastered Mandarin and Hokkien in order to reach out to the masses in Singapore, much of it were made up of Chinese Singaporeans. After 1970s, he, however, stopped using Hokkien in his public speeches because he wanted Mandarin to become the common language of the Chinese Singaporeans. The Speak Mandarin Campaign that his government promoted aggressively in the eighties eventually led to the demise of Chinese dialects in Singapore. 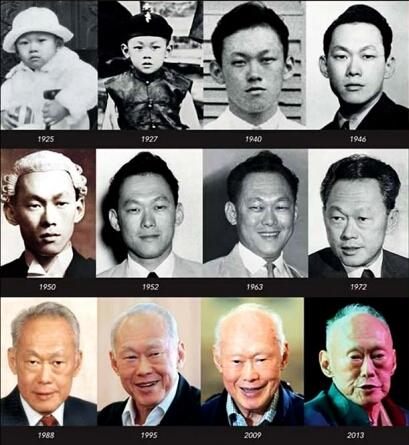 Creating a bilingual society was what Lee Kuan Yew had in mind. While retaining one’s mother tongue, Lee Kuan Yew believed English should be the common language among different races in Singapore. This would give the country an advantage in the international arena. Thus, in the eighties, schools with Malay-, Chinese- and Tamil-medium classes were gradually phased out and replaced by English as the compulsory first language.

In his political career, Lee Kuan Yew admitted making several bad judgements such as the shutting down of Nanyang University, population control and the Graduate Mothers’ Scheme launched in the eighties. His government’s tight control of the media and suppression of political dissent also drew criticism.

However, his achievements and contributions to Singapore far exceeded his political blemishes. For that, Lee Kuan Yew would be fondly remembered as the great man behind Singapore’s success and prosperity today. His unquestionable legacy as the founding father of modern Singapore will live on for many generations to come. For the city-state which will be celebrating its Golden Jubilee in the coming August, it is a monumental loss.

“I have no regrets. I have spent my life, so much on it, building up this country. There’s nothing more that I need to do. At the end of the day, what have I got? A successful Singapore. What have I given up? My life.” – Lee Kuan Yew, 2014