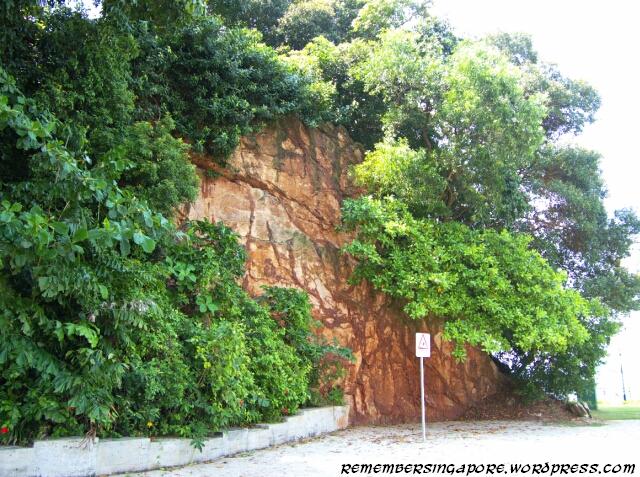 By 1938, in an anticipation of an ambitious Japanese empire, the British further strengthened Pasir Panjang Fort with two 6-inch guns, more defensive posts and ammunition storage bunkers. However, all these proved to be ineffective against the Japanese forces, who unexpectedly invaded from the north, during the Battle of Pasir Panjang in 1942. 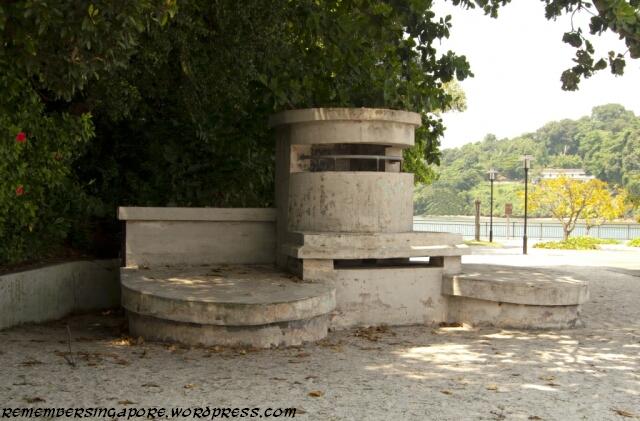 The British also built numerous concrete machine gun pillboxes along the coastline, about 550m apart, in order to resist invasion from the southern sea. Most of the pillboxes were gone except three; two are situated at Labrador Park (one of them was to protect the 12-pound gun on top of Berlayer Point), whereas the other lies along Pasir Panjang Road. 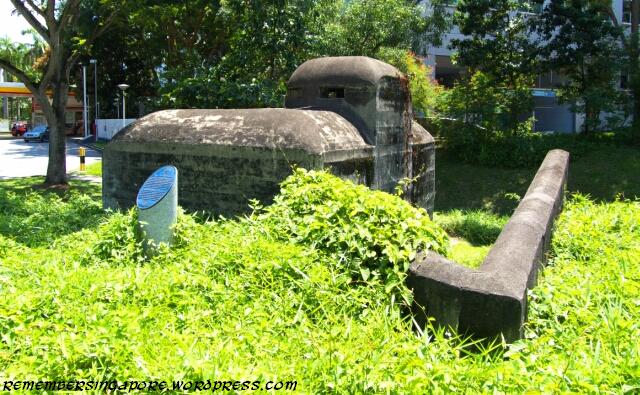 Before 1848, two huge granite structures stood at present Labrador Park and Tanjong Rimau of Sentosa. They looked like a pair of pegs in a typical Chinese ship’s bow (called Dragon’s Teeth by Chinese sailors) from afar, and therefore the water entrance was named Long Ya Men (龙牙门) or Dragon’s Teeth Gate by ancient Chinese maritime explorers, notably Wang Dayuan (1311-1350) and Zheng He (1371-1433). 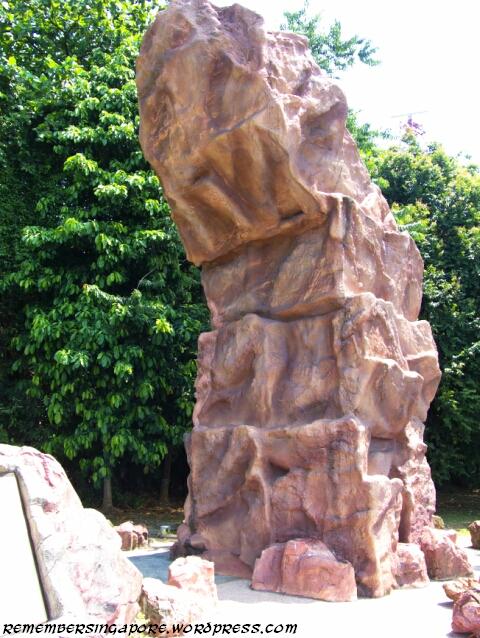 The local Malays named the rocks as Batu Berlayar (“Sailing Rock”) while the British sailors called them Lot’s Wife, referring to the wife of Abraham’s nephew in the bible, who was turned into a statue of salt when she looked back at the destruction of sinful city Sodom.

After the founding of Singapore in 1819, the British surveyed the area and found the deep water there suitable for the development of a new harbour. To widen the channel to the new harbour, the two rocks were blown up by Straits Settlement Surveyor John Thomson in 1848. 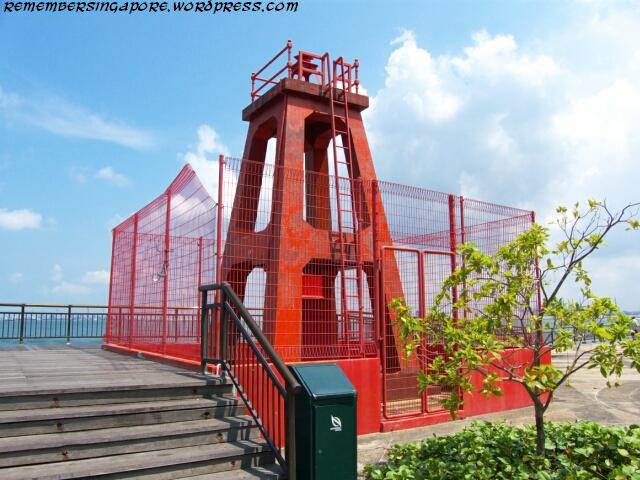 The red Berlayar Beacon, installed in around 1930 and about 7m tall, was used as a navigation point for ships. Prior to 2005, it was almost demolished by the authorities. Fortunately the Singapore Heritage Society appealed successfully, and the replica of the Dragon Tooth, supposed to replace the beacon as a commemoration for the 600th anniversary of Zheng He’s first marine voyage, was put up in another nearby location instead.

Keppel Harbour was built in 1886 and named in 1900 after British admiral Sir Henry Keppel (1809-1904), who effectively reduced the threat of pirates in the region and did the on-site surveying of the new harbour. 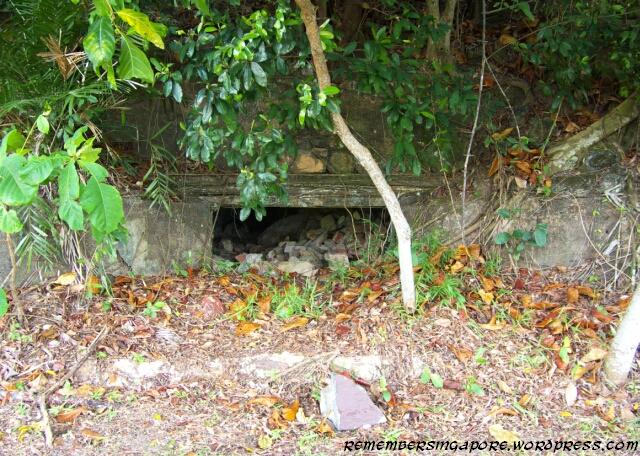 There are several tunnels at Pasir Panjang Fort, mostly constructed in 1886 to be used as storage for ammunition, supplies and probably also served as hiding places for the British soldiers. One of the tunnels was rumoured to be underwater in a link to a fort at Sentosa. The entrance, however, has already collapsed. Some of the tunnels were rediscovered in 2001 and opened to the public. 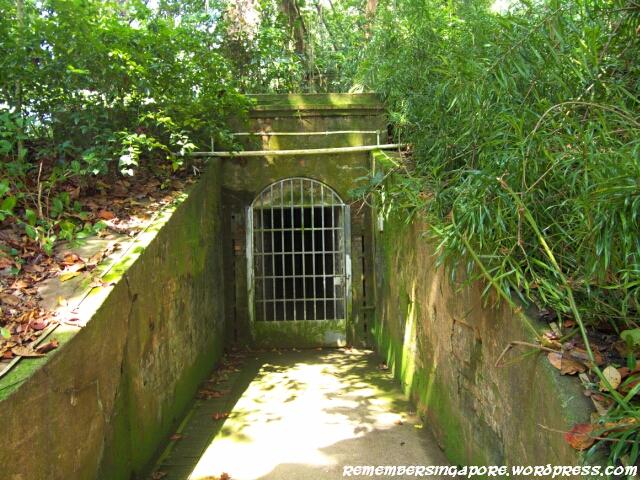 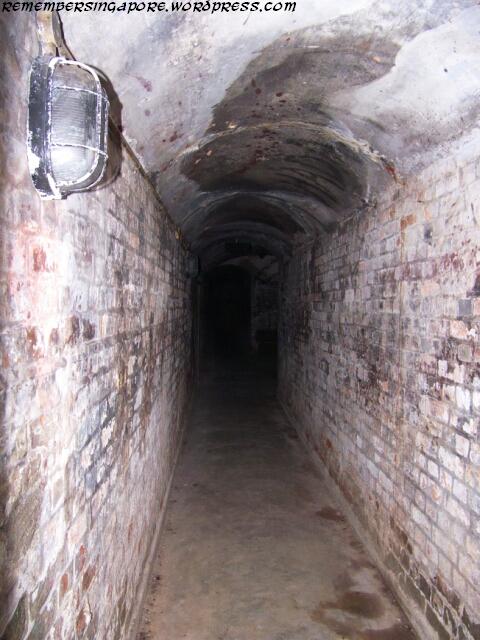 In the same year of 2001, an old 6-inch gun was discovered at the basement of the former Beach Road Camp. This Quick-Firing (QF) gun was similar to the two 6-inch Rifled Bridge Loading (RBL) guns deployed at Labrador during the Second World War. Used during the Battle of Singapore in February 1942, the 6.5-tonne guns with their 45kg shells were formidable anti-ship weapons with a range of almost 1km! 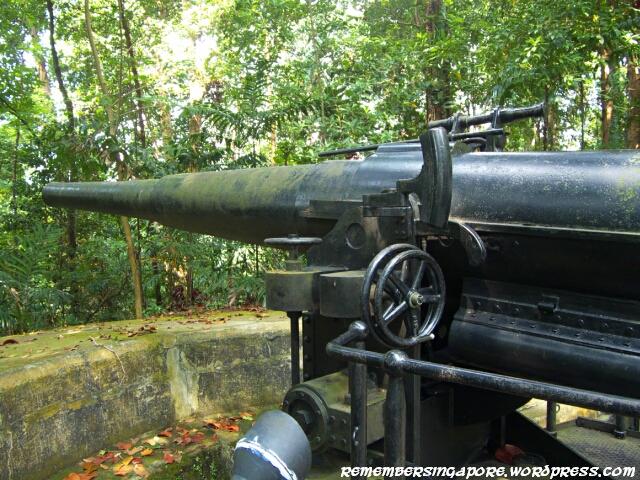 The British destroyed part of Pasir Panjang Fort in 1942 after they surrendered to the Japanese. It was closed and abandoned after the war. The fate of Labrador Park remained uncertain for decades before the authorities determined it as a nature reserve in 2001.