Most Singaporeans are familiar with Pulau Ubin, having visited the island during school excursions or childhood times.

The second largest island of Singapore after Pulau Tekong (not including the reclaimed Jurong Island), Ubin largely retains the looks of a rural Singapore. The name Ubin means granite in Malay, as Pulau Ubin is once famous for its granite quarries, although most of these quarries had ceased operations in the sixties and seventies. The granite quarries had supported the construction of the Causeway and the Horsburgh Lighthouse.

Visitors to Ubin usually take the bum boats from Changi Jetty (at Changi Village) at a rate of SGD2 per trip.

How did the island of Pulau Ubin form in the first place? A legendary tale explains that in the early days, three animals (an elephant, a pig and a frog) from Singapore challenged one another to reach the Johor shores. Those that did not succeed would be turned into stone. The frog failed to cross the straits and was turned into Pulau Sekudu. Both the elephant and pig did not make it too and they became Pulau Ubin.

In the past, a Jelutong River cut through the island, splitting it into two halves. Over the years, the mud accumulated from the prawn farms slowly covered the river and joined both regions as one. 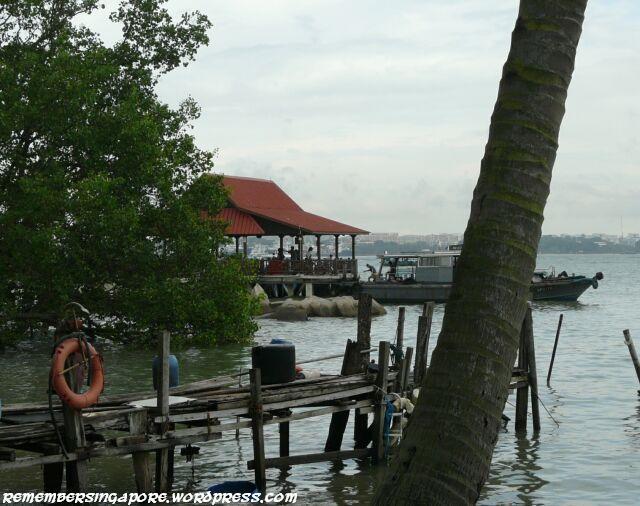 One of the favourite activities on the island by visitors is mountain biking. There are scores of shops near the island’s jetty that rent out bicycles at affordable rates. In May 2008, Ketam Mountain Bike Park was completed and opened to the public. At about 10km long, the trail is extremely popular among the cyclists. 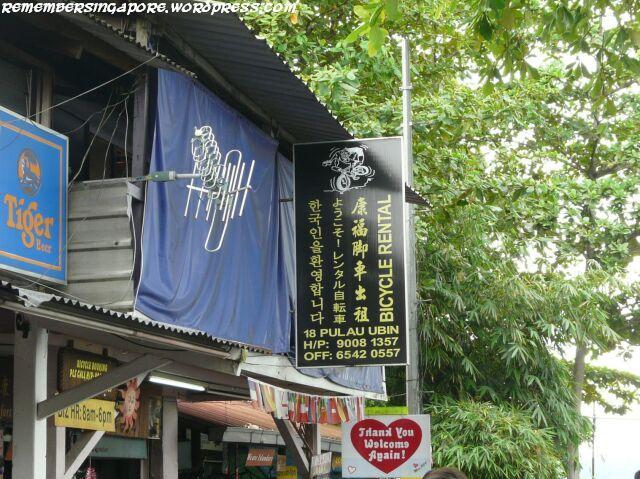 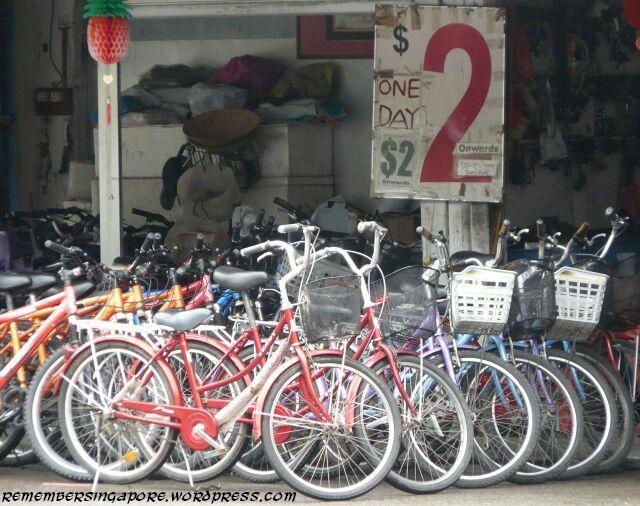 A famous Tua Pek Kong Temple is also located near the island’s jetty. Devotees make regular trips to the island for praying of good luck, health and wealth at the modest-looking temple. 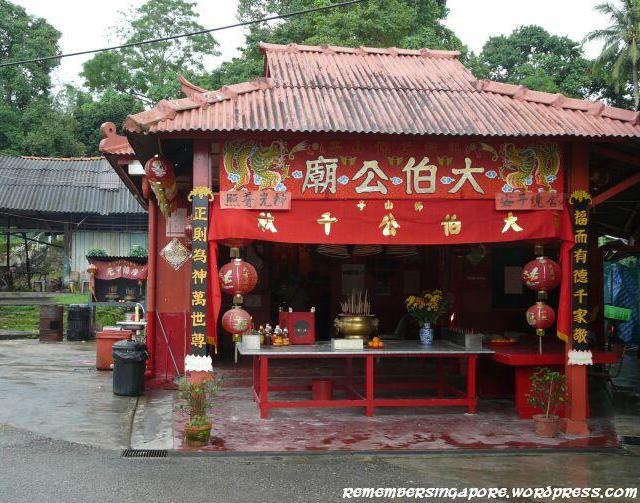 Visitors can also book minibuses to tour around the island. The rate for a fully seated minibus of about 8 passengers is SGD20, but is fully negotiable with the driver. 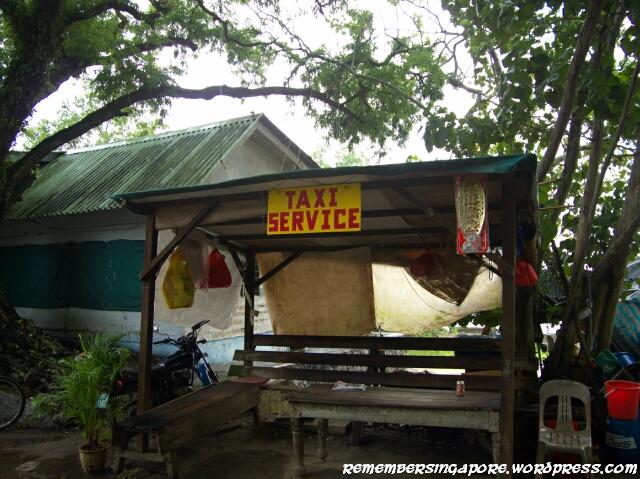 Vehicles on Ubin carry green car license plates with white fonts and are started with “PU”, so as to differentiate from mainland Singapore. Like Singapore in the sixties, the roads are mostly gravel without arrows. There are few traffic regulations, as drivers learn to give way to each others. 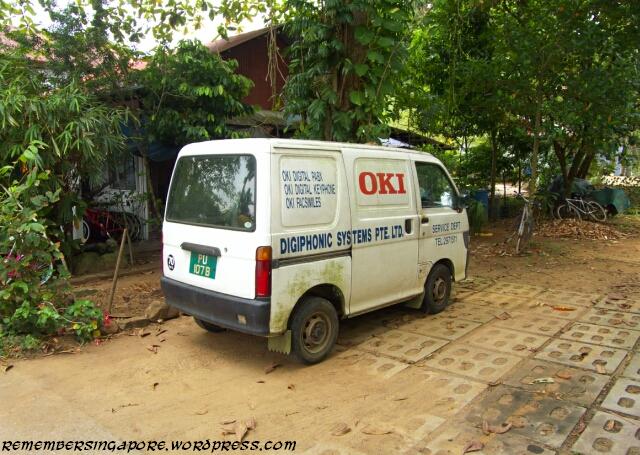 There are still about 45 families living on Ubin. Most are of the older generations who could not bear to leave their homes of decades. The villagers live in attap houses, using electricity from generators and drawing water from wells. The kampong on Ubin is one of the last surviving kampong in Singapore (other than Kampong Lorong Buangkok).

The fishermen live on kelong, a common sight around the island of 10.2km square.

Once a major industry on Ubin, granite quarrying started on the island as early as the 19th century. It supported the livelihoods of many islanders but by the seventies, many quarries had their granite sources depleted. The Aik Hwa Granite Quarry was the last to cease their operation, having shut down in 1999.

There are currently four large abandoned quarries on the island, namely Ketam Quarry, Kekek Quarry, Ubin Quarry and Pekan Quarry. They have since evolved into scenic places, covered with natural vegetation and homes to many birds and other animals. 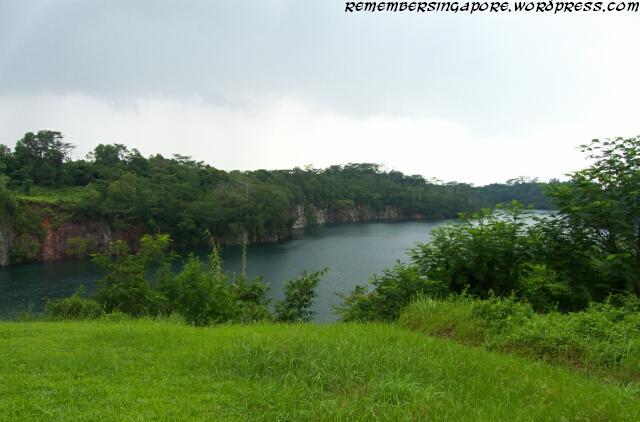 Rich in flora and fauna, Pulau Ubin is a popular place for nature lovers. The 20m-tall Jejawi Tower was built in 2007, allowing visitors to have a clear bird-eye view of the greenery. The tower was named after a fig known as Jejawi or Malayan Banyan, home to birds such as bulbuls and pigeons.

There is also a 1-km boardwalk through the Chek Jawa Wetlands, where visitors can do close studies and observations of mangroves, hermit crabs, kingfishers, monitor lizards and nipahs.

Perhaps the most famous structure on Pulau Ubin is the Chek Jawa Visitor Centre. Also known as House No. 1, the Tudor-styled cottage was built in the 30s as a luxurious holiday chalet facing the sea completed with a private jetty.

Built in 1930s by Langdon Williams, former Chief Surveyor of Singapore, the house is perhaps the only place left in Singapore with a workable fireplace. Braving the weathers throughout the decades, the house was badly dilapidated before Urban Redevelopment Authority (URA) determined its conservation status in 2003. After more than three years of restoration and replacement of damaged roof, walls and tiles, the Visitor Centre finally opened to the public in July 2007. 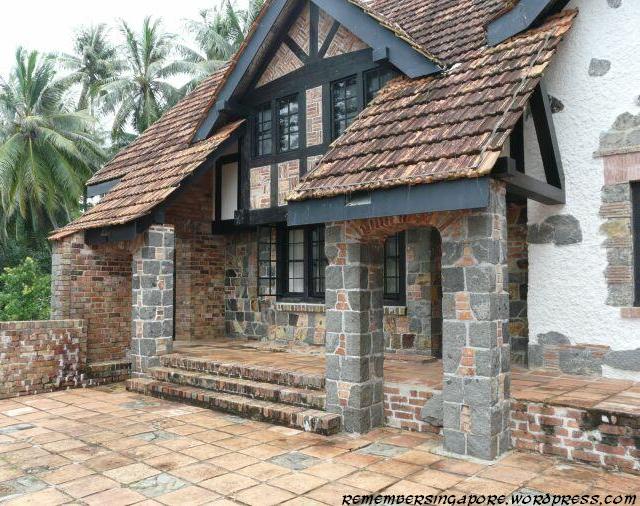 In 2000, the Singapore Association of Visually Handicapped (SAVH) and Singapore American School (SAS) adopted the Sensory Trail of Ubin. Visitors can explore the various plants and fruits such as lemon grass, pandan, ciku, guava, tapioca, sweet potato and jackfruit. Dozens are displayed at the “Secret Garden”, including unique ones such as the elephant’s foot, job’s tears, pitaya (or dragon fruit), betel nut and basil.

Pulau Ubin is truly one of the few places left in Singapore largely unaffected by the nation’s rapid urbanisation. In 2002, the government decided to postpone its plan to develop the island, and instead focused on the conversation of the coastal and wetlands of Chek Jawa. 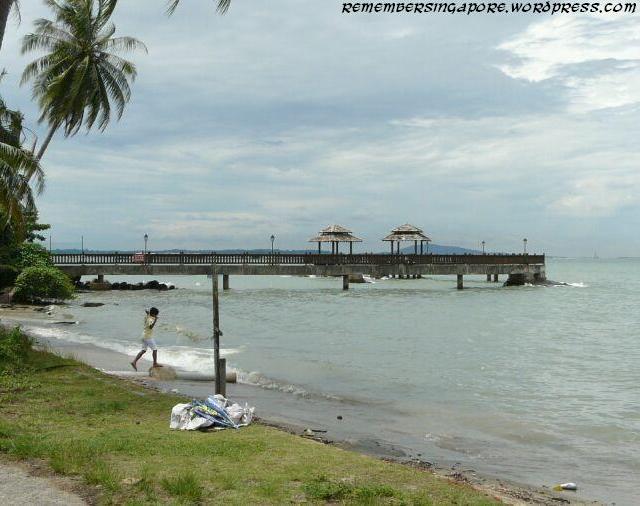 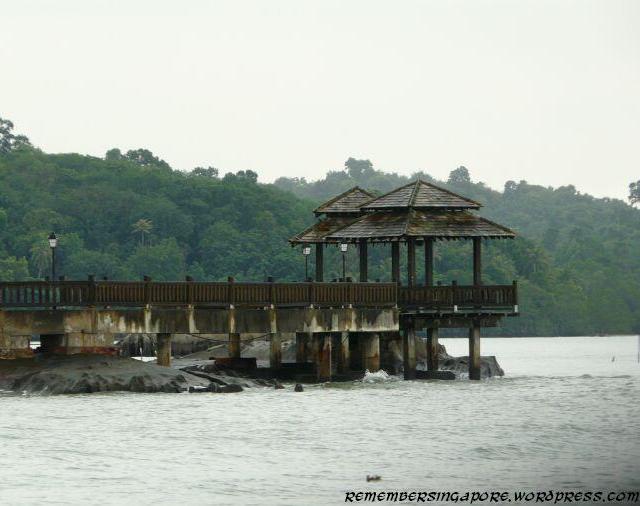 For other information about the island, visit the official Pulau Ubin Website.

Also read A German Deity at Ubin and When the Pulau Ubin Durians Fall.