Sembawang Hill Estate is a small estate off Upper Thomson Road, being founded in the fifties by Bukit Sembawang Estates Limited.

At Jalan Leban, a unique little hut stands here for some forty-plus years. It is the focal point of Sembawang Hill Estate Taxi Services, where in the past the cab drivers would gather here for a chat or drink coffee while waiting for commuters to call and book their services.

Previously owned by Sembawang Hill Estates Limited, the hut is now maintained by a group of old cab drivers, who decorated it with colourful bulbs and lanterns. Bonded by friendship, some of the former drivers, probably in their sixties or seventies now, also gather here once in a while even though their taxi-driving careers are over. 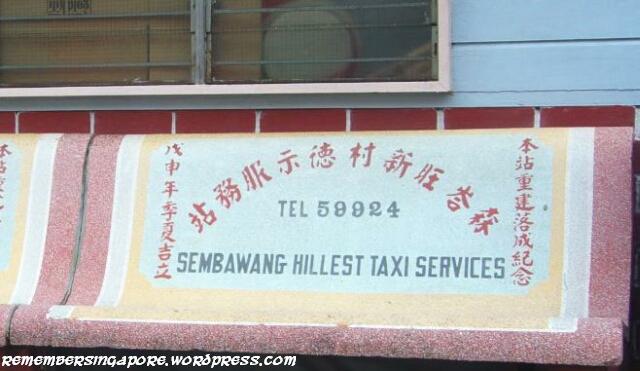 There are two old stone benches in front of the hut. The Chinese wordings on the left and right of each bench indicate that the taxi services station was established in the summer of 1968. Note that the phone number for booking was only five digits during that era (compared to eight now). The Chinese name of Sembawang was also stated as 森峇旺 instead of the current 三巴旺, and it refers Sembawang Hill as a new estate. 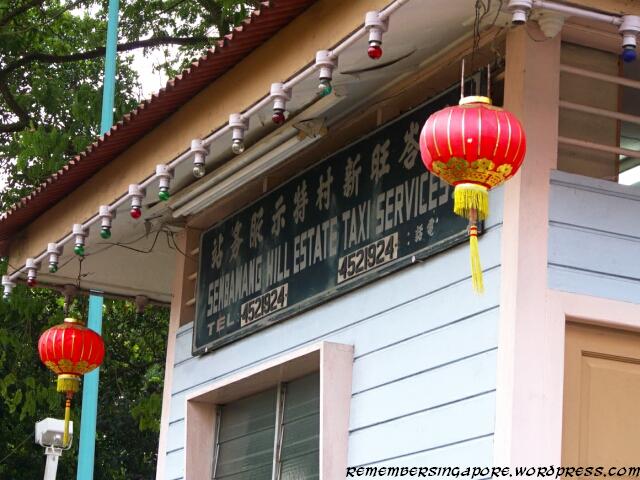 There are another similar taxi services huts elsewhere in Singapore

Another old taxi services hut is situated at the junction of Ulu Pandan Road and Clementi Road. Like Boon Lay Place, there was once a small bus terminal here in the seventies and eighties, before the premises were taken over by an outdoor restaurant called Rong Guang BBQ Seafood Restaurant.

According to its signboard, the little humble house once provided both day and night taxi services islandwide. Even trips to Johore could be booked.

The seafood restaurant has ceased its business in 2011, and with the taxi services hut in little usage, the buildings might give way to redevelopment soon.

Hope these little cozy huts will continue to be maintained and preserved even after the older generation of taxi drivers are no longer around.