The only natural hot spring on mainland Singapore, it was reported that the spring was discovered by a Municipal ranger W.A.B. Goodall in late 1908. Chinese businessman Seah Eng Keong, the owner of this plot of land, saw business opportunities in the discovery and went ahead to set up the Singapore Natural Mineral Hot Springs Company (the name was later changed to Singapore Hot Springs Limited) after tests proved that the water was safe for consumption.

A factory was built near the hot spring in 1909 to bottle the water and sell it under the brand “Zombun”. Fraser and Neave Limited (F&N) took over the Singapore Hot Spring Limited in 1921 and marketed their new branding as “Zom” and “Vichy Water”.

The area and the factory were also advertised as a tourist spot and opened to the public under the name “Seletar Hot Springs”. 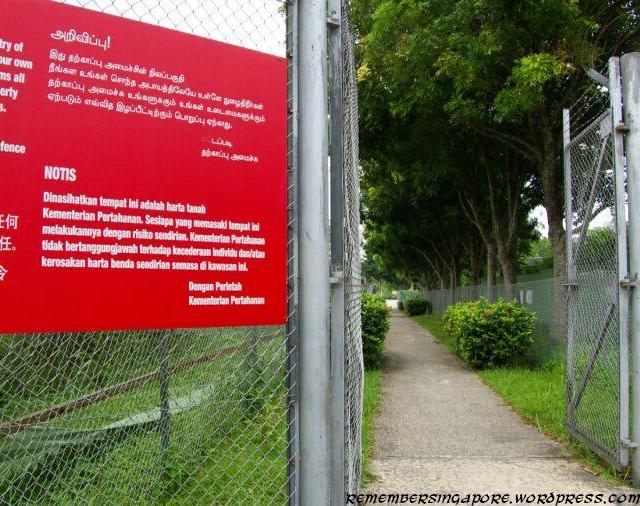 During the Japanese Occupation (1942-1945), the area was turned into a thermal bath heaven for the Japanese officers, but the facilities were destroyed by Allied Forces’ bombing in 1944. 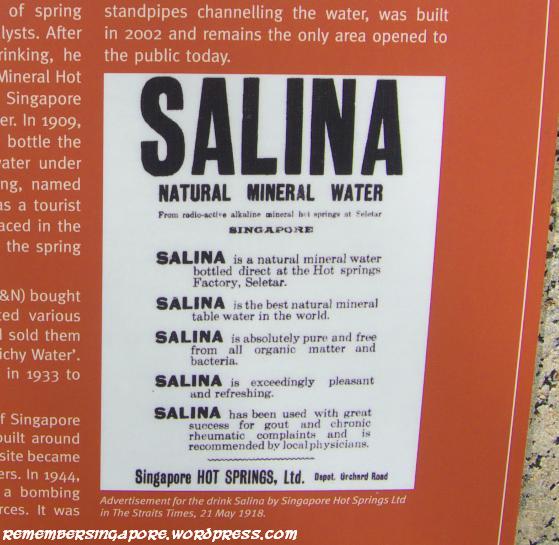 After World War II, F&N regained possession of the hot spring but it was only in the 1960s when some facilities were repaired to allow large volume of water to flow freely once more.

In 1967, F&N announced that they were looking at possibilities to covert the area into a recreational complex consisting of spas and restaurants but somehow the plans never materialised.

The Singapore government acquired the land in 1985 for military use. Initially the hot spring had to give way to the expansion of the Sembawang Air Base but after appeals from the public, MINDEF agreed to conserve the small area and open it to the public.

Standpipes channeling the water were finally completed in 2002, allowing the public to gain access to the hot water. During weekends, the area was crowded due to rumours that the hot spring was able to treat several skin diseases as well as rheumatism and arthritis.

However, its popularity has declined rapidly in recent years.

Visitors to the hot spring can freely use the buckets to contain the water, where there are no charges imposed. The area, which is about 100m from the main road of Gambas Avenue, is opened from 7am to 7pm. 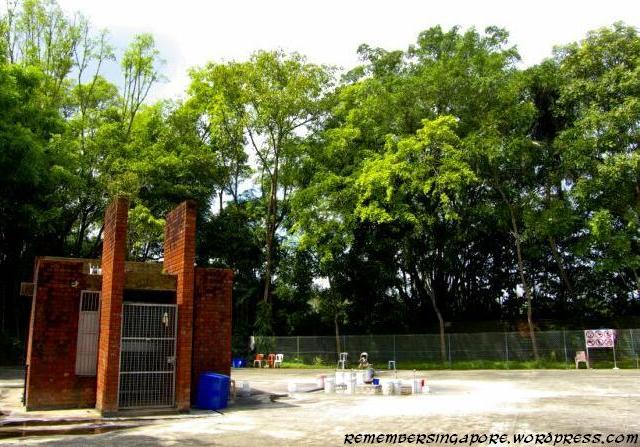 Visitors can also catch a glimpse of the original well inside the small red-bricked building.